In September 2016, Presidents Barack Obama and Xi Jinping formally ratified their country’s commitments to the Paris Treaty at the G20 Summit in Hangzhou, China. With both the United States and China — the world’s largest contributors to global emissions — taking a lead on environmental issues, an important dialogue has begun to address the need for livable cities and sustainable development.

Furthering the conversation on this topic, the Asia Pacific Foundation of Canada hosted a roundtable discussion in September 2016 on “Low-Carbon City Development in Shanghai: Aims, Challenges and Paths” led by Dr. Zhou Fengqi from the Shanghai Academy of Social Sciences. The aim of the dialogue was to exchange ideas on the topic of low-carbon city development as well as share research conducted on climate change, renewable energy, and environmental governance in both Canada and China. Using Shanghai as a case study, Dr. Zhou identified the key challenges to low-carbon city development in China as well as the role that Shanghai can play in creating a sustainable path of development for Chinese cities to model in the future.

By 2030, China aims to cut its greenhouse gas emission intensity (the ratio of greenhouse gas emissions produced to gross domestic product) by 60-65 per cent. China’s current rate of urbanization sits at 56 per cent, which represents approximately 759 million people. By 2030, the number of urban residents is expected to rise to 1 billion people, further contributing to the country’s carbon emission output. Although China’s environmental problem stems from its growing municipalities, cities such as Shanghai will play an important role in demonstrating a new model of low carbon city development. 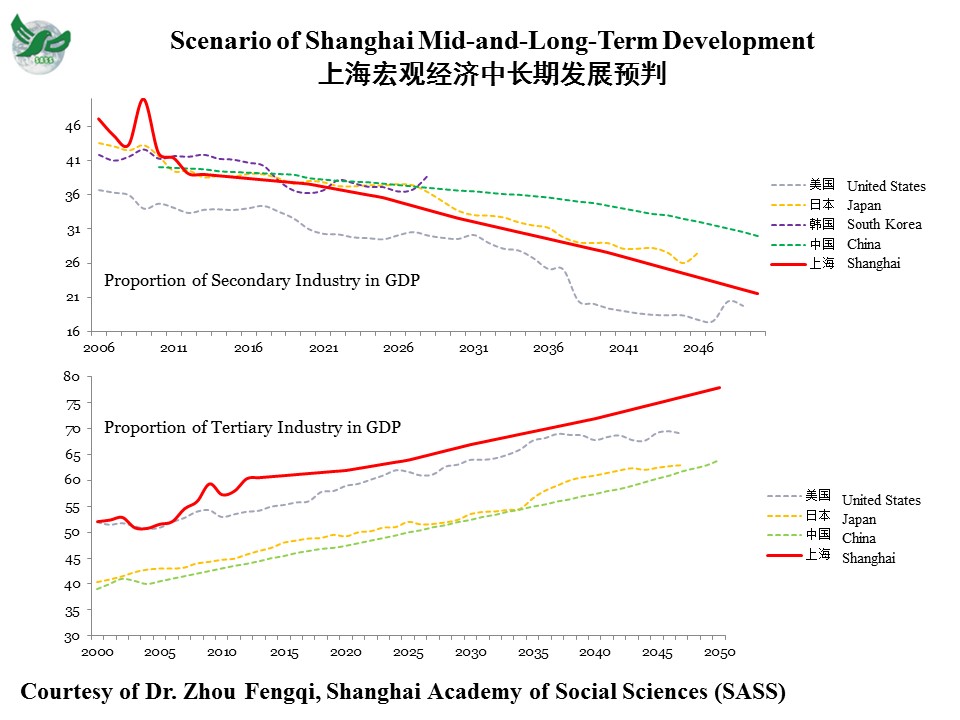 The Role of Shanghai in Building Sustainable Cities

As both a domestic and international centre, Shanghai plays an important role in the economic development of China. As an estuary megacity, Shanghai is particularly susceptible to potential environmental problems such as rising sea levels. With such concerns posing real threats to the sustainability of the city, Shanghai has become an important player in developing strategies to mitigate climate challenges.

Compared to other developed cities in the world such as New York, London or Toronto, where buildings and transportation are the largest producers of greenhouse gas emissions, the largest challenges to decarbonization in Shanghai are industrial manufacturing and power consumption and production. As such, the focus for China’s major cities is on ways to reduce emissions from both the manufacturing and commercial sectors. 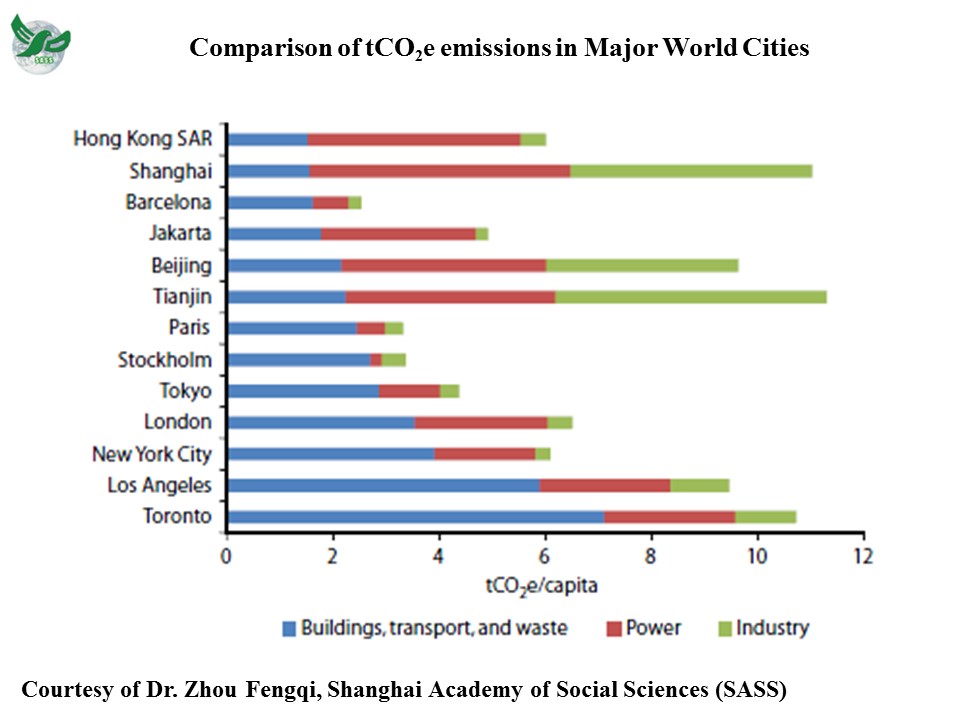 Dr. Zhou argues that the main obstacles to Shanghai’s sustainable development range from issues of environmental degradation to the misuse of urban spaces. The issues can be summarized as follows:

In the future, Shanghai will need to balance its investments in both the industrial and commercial sectors while also trying to reduce the city’s carbon intensive energy and economic structures. From a policy standpoint, more co-ordination is needed to address interrelated climate, economic, and social issues in order to create a coherent policy that tackles environmental pollution.

To combat this list of issues, Dr. Zhou identifies four main strategies that Shanghai can use to transition to a more sustainable, green society:

Both a combination of market incentives and the creation of better land use efficiency have been identified as approaches to lower emissions and encourage the use of more sustainable alternative energy. Already, Shanghai has implemented several initiatives such as the creation of Green spaces along the Huangpu River and the implementation of new bicycle and carpooling mobile apps, Mobike and Didi Kuaidi, to reduce the number of vehicles on the road. Organizations in Shanghai have also come together to create initiatives such as the 2016 Shanghai 100+ Enterprises in Green Supply Chain Program, which seeks to promote sustainable development.

Canada as a Model for Development

Environmental initiatives in Canada can further serve as a source of engagement and discussion for the continual development of green cities in China. Vancouver is an example of one city in North America that through its Greenest City Action Plan is attempting to become one of the greenest cities in the world.

Already, Vancouver’s local government has implemented a Renewable City Strategy that seeks to draw 100 per cent of the city’s energy from renewable sources before 2050. Meanwhile, Vancouver has also become a hub for sustainable dialogue through organizations such as the David Suzuki Foundation and the North American Renewable Cities Dialogue hosted by Simon Fraser University’s Wosk Centre for Dialogue. Canadian groups have become key contributors in generating discussion on livable communities and transitioning to 100 per cent renewable energy use.

With ongoing efforts by Prime Minster Justin Trudeau and Premier Li Keqiang to revitalize the Canada-China relationship, both leaders recently addressed in their joint statement the need to mitigate climate change through the Paris Agreement as well as “work together with international partners to strengthen the global response to climate change.” Given the Canadian interest in the development of green cities, both China and Canada are ideal exchange partners to further an exchange of green sustainable development and environmental knowledge. Businesses and organizations from both countries should capitalize on the untapped potential of environmental co-operation in this new era of Canada-China relations.