What do coffee brewers, air-quality monitor wearables, and attachable bike wheels that turn your pedal pusher into an electric bike have in common? The answer is MistyWest, a Vancouver design engineering company that, according to Senzeni Mpofu, a member of the MistyWest team, is able to take “a napkin sketch of a great idea, work through the technical problems, and design a prototype, and see it through all the way to a low-volume manufacturer.”

MistyWest has been around for 10 years and has worked on over 100 projects. It works with companies of varying levels of establishment – from startups to big technology companies. As Senzeni explains, “The company’s clients may be people with a great tech idea who are running into technical problems and need some help; or they may be people with a great idea and no technical experience.” MistyWest’s ability to successfully complete difficult projects is, in Senzeni’s view, thanks to its methodology: “Whenever we come across a problem, we don’t just do chop and shop, we don’t fix things; we go to first principles, and we figure out why it’s not working, and what can be done.” 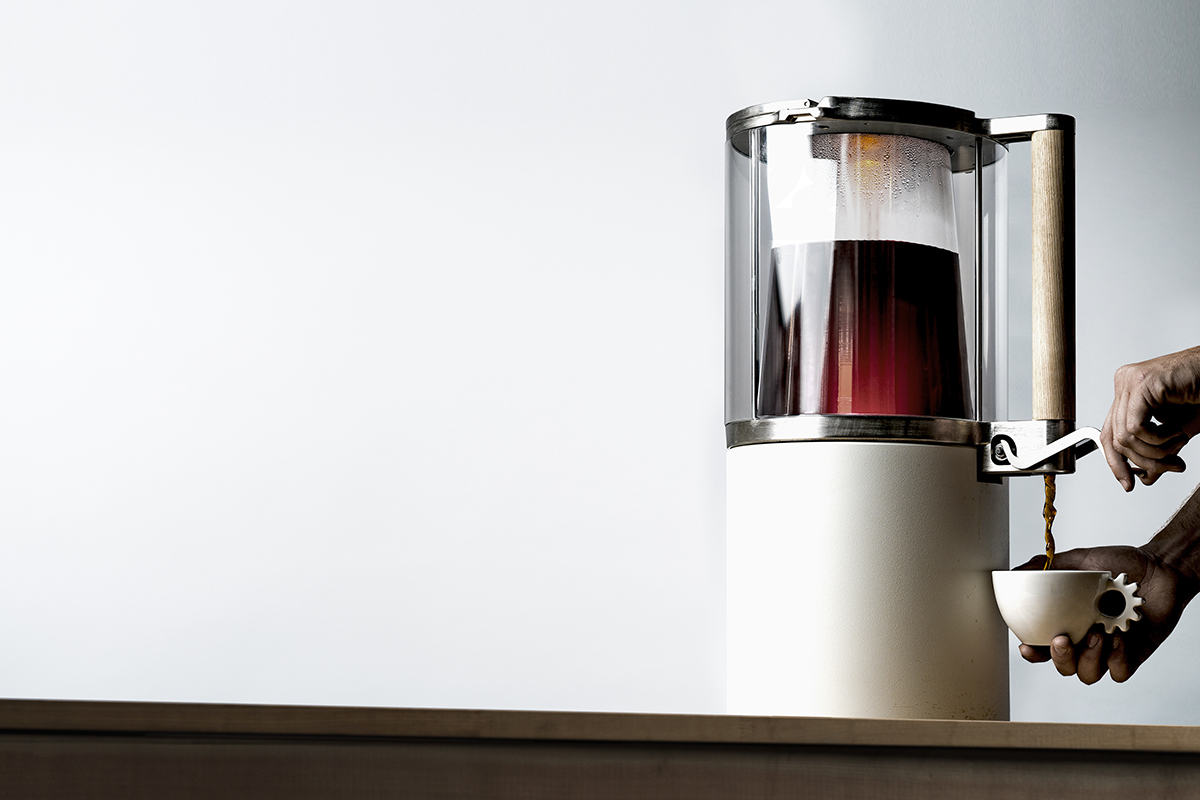 The coffee batch brewer that we designed and developed for Alpha Dominche.

Given the diversity of its clients, MistyWest finds it is essential to be very flexible in the support it is able to provide. Ultimately, MistyWest works to help a good idea make it to market. In doing so, Senzeni says “[t]here are times where we actually tell our clients that the route that they are following makes no sense. We are able to suggest other things.” Other times, “there is a tech path that they are trying to follow; maybe there’s a product they are trying to take to market, and there are times where they have great ideas that they also think they should be pursuing... So we step in and take on all of those types of projects. We also help when a company is working on a very difficult problem, and they just can’t solve it. It’s just sometimes great to get a fresh pair of eyes on an existing problem, and we usually bring in an outside perspective that’s not [affected by] the bureaucracy… [T]hese large companies were built to stay on top of current technology; to innovate, they also need people whose job is just to keep their finger on the pulse of the tech industry. And so, when they’re working on something, they might have a crystal path that they’re going to follow, but having an outside perspective on where they’re going is very helpful for them. So we bring in the startup vibe, we are very creative.”

MistyWest’s team focuses on projects that are beneficial to humanity. As Senzeni says, “[I]f a client comes to us and they want us to work on something that will lead to loss of life, we won’t work on it.”

Senzeni, who was born in Zimbabwe and studied biomedical engineering, is particularly passionate about the projects the company undertakes in the health-care space that are likely to have an impact in the developing world. Currently, her favourite project is driven by a client who is focused on the East African market. This client is “trying to make an X-ray machine that is portable, [and] also very cheap for use in East Africa. One way of doing that is looking at an X-ray machine and saying “Why are they so expensive? What are the things making it so expensive? Why don’t we just make it cheaper? Why don’t we substitute every component with something cheaper?” That seems like the obvious part, but then you’re working with X-rays, and that is where the challenge lies. You cannot just make it cheaper because, without taking into account other factors, such as the radiation, it could kill you if you do it wrong.”

A past favourite was the pulse oximeter that MistyWest made about three years ago to measure the pulse and oxygen levels of pregnant women. As she explains, “in developed countries, it’s a routine checkup, and it’s not a big deal. In developing countries, if the pulse and the oxygen levels of pregnant women are not monitored, then complications can arise with pregnancy (such as pre-eclampsia). Usually, those complications, if they’re flagged early on, can be remedied. So the challenge was creating a device that can monitor pulse and oxygen levels. Current devices cost over $2,000. People in developing countries cannot afford that. The challenge was to make a device that cost less than $10. How MistyWest did it was miniaturizing the essential components that are able to pick out the pulse and measure the oxygen. They were able to interface that in an app. So now, they have a small device that you just insert your finger into, and you get both the pulse and the oxygen levels, and it’s displayed on a phone. The goal was $10; we didn’t quite hit the goal, but we drove it down to $12, which is still pretty good. That was the first phase of engagement, and it’s currently undergoing clinical trials in Mozambique. The second phase was making something similar, but for babies – so same kind of challenges, and also miniaturizing it so that baby feet can go into it. That was also delivered successfully, and I’m really excited to know that so many lives are going to be saved because of that device.” 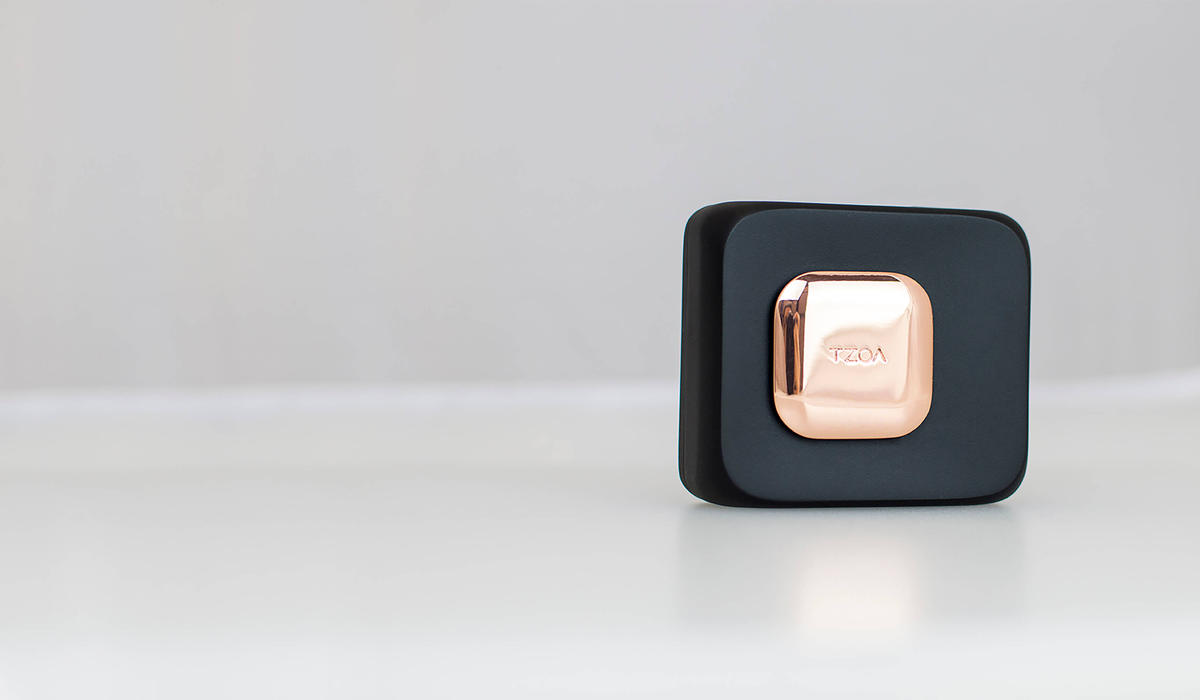 Like the other companies profiled in this series, MistyWest has experience in Asia. The company sources supplies from Asia. In getting supplies, Senzeni explains, the company “work[s] with contract manufacturers from Asia, and everyone that we work with has been referred to us through trusted third parties.” Those referrals, however, are “through personal contacts... There are tons of vendors who seem to have really great supplies and almost all of them are based in Asia. The challenge is getting somebody – an accredited body – who can vet these vendors. Not every one of those vendors is able to deliver what they claim.”

Senzeni believes that the government of Canada could be very helpful in assisting companies like MistyWest to expand their client base by increasing the visibility of Canadian product development companies within Asia.

When asked about other challenges that a company like MistyWest faced in Asia, Senzeni identifies two key issues: unreliable suppliers, and changing shipping and importing regulations.

In the case of China, where MistyWest sources many of its parts, Senzeni highlighted the problem of finding reliable suppliers.  “I lived in China for two years before starting at MistyWest, and part of why I joined MistyWest was that they work closely with vendors and suppliers in Asia, and I was hoping to help bridge that gap, particularly for our clients who might want to manufacture in Asia. Almost everyone, after making the first 1,000 units, [knows] it just makes sense to start manufacturing in China... [I]f someone were to bring in their personal contacts and vouch for them, we would still assess them, because what usually happens with electronic devices – and particularly so for those that are going to be used in health-care and medical devices – [is that] they should be medically graded. Every single component that goes into those devices you should be able to trace it back, and everything should be medical grade.” Senzeni suggests there might be a role for government in helping to identify and validate some suppliers, as such a service would help decrease the major risk faced by local companies.

Another challenge faced by MistyWest, which is consistent with the experiences of other Canadian companies working or attempting to work in Asian markets, is related to shipping and importing regulations. As Senzeni explains, “There are times where we have made a prototype and we need to send it to China; having clear knowledge of [the] regulations that protect the movements of goods, particularly electronic goods, between countries is going to be very helpful. Shipping a good from Canada to China is not usually as difficult as having goods come back in. The measures and regulations... seem very arbitrary at times, especially coming from the Chinese side where some rules change every so often; staying on top of that is really difficult. At times, it delays the production cycle of goods.”

MistyWest’s approach to these issues often ends up being trial and error. As Senzeni explains, “You make your prototype, and based off knowledge from shipping that product, you can make an estimate as to how much time it will take to get to a manufacturing site, and then you ship it. If the rules have changed, you’re out of luck. There aren’t any bodies or consulting companies as far as I know whose job is to keep the market informed of those regulations.”  She adds that it would be wonderful if the Canadian government could help ensure that companies had up-to-date information on these issues. 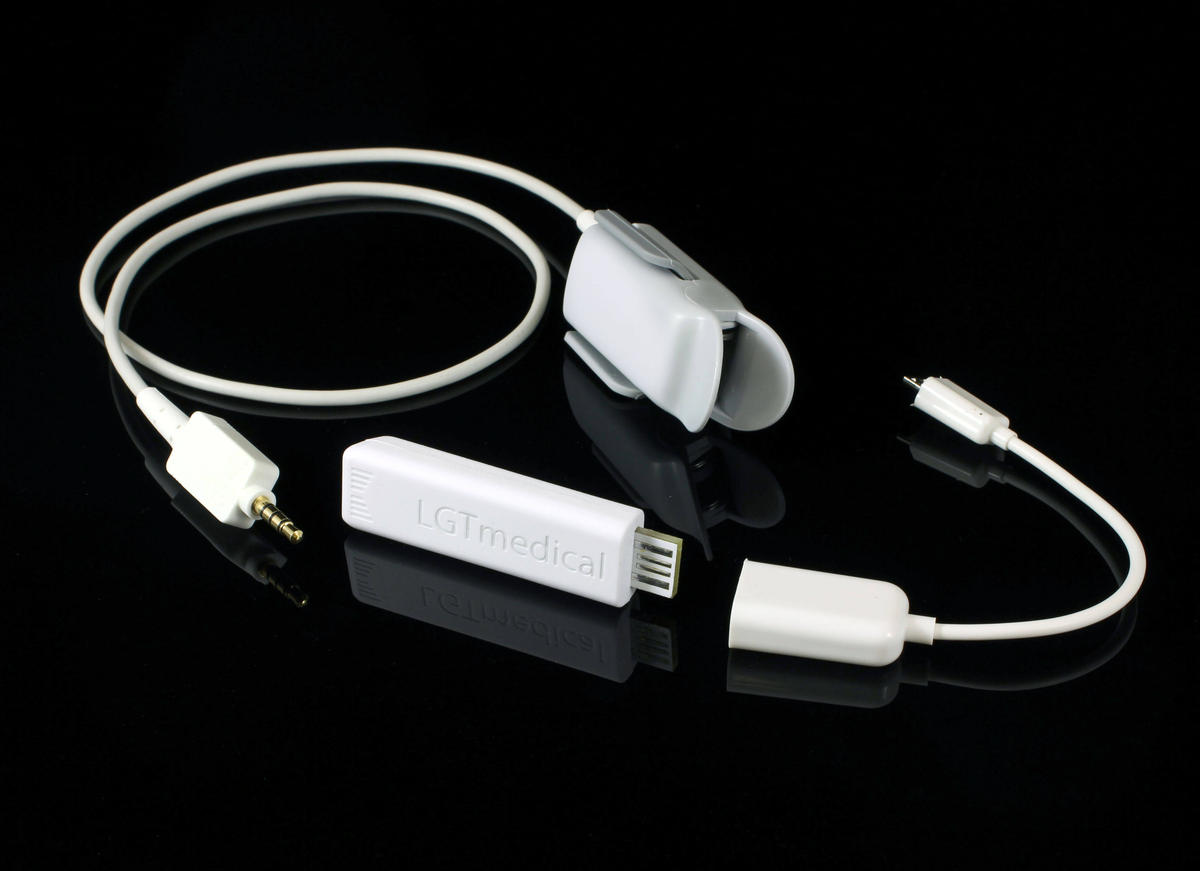 The pulse oximeter from LGT.

MistyWest has directly and indirectly benefited from Canadian governmental programs such as scientific research and experimental development (SR&ED) programs and industrial research assistance programs (IRAP). Other grants from the government have been useful in hiring co-op students. Most recently, MistyWest received a grant through the federal CanExport program to help cover its marketing costs in breaking into the Asian market. However, Senzeni notes that discovering such programs has been challenging, and acknowledges that there may be additional government supports available to MistyWest that her company is simply unaware of. She notes that it would also be helpful if there was a centralized one-stop-shop website or service where companies like MistyWest could get regular updates on opportunities and assistance programs for companies operating in Asia. “If there could be a place we could go and see, and also get regular updates as to what avenues we should be following, that would be great.”

Finally, when asked if she has seen any programs developed by other countries to support startups that Canada might learn from and adopt, she suggests that France is very effective in its support. “We went to Vegas for the annual Consumer Electronics Show; everyone who is in the electronics industry goes there. The French government gives so much assistance to French startups that French startups just do not understand the hassle of being a startup. We went there; French startups had a whole segment of the show floor that [had] been blocked off for them... those booths had been sponsored by the[ir] government. There are a lot of grants that are given to startups just by virtue of them being startups… the government pays people who work for startups... It’s governmental support, financial support, mentorship, and pushing the products that these companies are making onto the market. I think that the model that they are using is really great.”