As autumn weather and scattered showers descend upon Vancouver, the arrival of first time director and screenwriter Lhpal Gyal’s new film, Wangdrak’s Rain Boots, is quite possibly the heart-warming distraction that Vancouverites need to offset the impending gloom. Taking moviegoers faraway to the Tibetan Plateau, an emotional storm brews as first-grader Wangdrak (Druklha Dorje) is the only child at school without a pair of rain boots. As with many children this age, teasing and bullying are not uncommon and a confrontation among classmates emerges as Wangdrak struggles to keep his toes dry along the soggy trod to primary school. These events cause the precocious youngster to launch a singular and all-encompassing quest: to finally acquire a pair of wellies.

In his debut full-length film, director Gyal turns a kids-eye view on modern Qinghai, a remote Chinese province located northeast of Tibet. With veteran Tibetan filmmaker Pema Tseden in the producer’s chair, Gyal successfully brings Tserang Dondrup’s short story of the same name to vivid and endearing life. Cinematic views of the Tibetan highlands are breathtaking as the vast landscape of rural Qinghai engulfs the audience in its dramatic splendour.

The majority ethnic-Tibetan village in Qinghai, in which the film is set, is currently at a transformative time in its development. Gyal’s film works to dispel potential misconceptions of life in this lesser-known region of the world: kids and families are glued to the TV, access to electricity is becoming more common, and students wear brand new pristine uniforms to attend a school where absenteeism is not tolerated – details that audiences around the world can easy connect with. 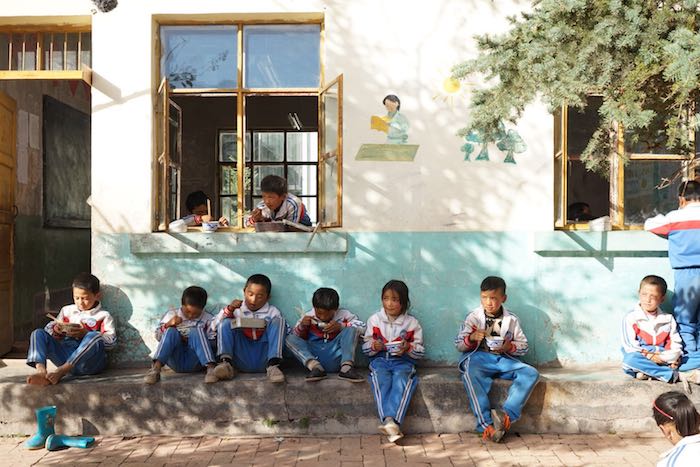 Wangdrak navigates the treacherous dynamics of socioeconomic disparity, traditional gender roles and expectations, as well as the sometimes perilous landscape of the highland Tibetan Plateau. The audience is reminded that children may indeed understand more than their elders appreciate, even if they do not share the same motivations or goals. Such a viewpoint becomes central to the storytelling of the film, where the young children for a predominant part of the film are the only interlocutors advancing the plot.

Wangdrak’s pursuit of his prized colourful rain boots is complicated by his father’s all-out refusal to purchase them for him. Khabum (Jinpa) has recently bought his son a wind-up frog and does not want the boy to be spoiled. The charismatic and deeply determined Wangdrak is not deterred, however, and enlists the help of his older female classmate Lhamo (Pakmo Yangdrom), and sympathetic mother Renjyi (Shanma Jyi) in his multipronged strategy to acquire the elusive boots.

Both of these strong female characters refuse to be sidelined within the context of traditional patriarchy. The source of Wangdrak’s defiant determination becomes apparent when his mother flouts her husband’s instructions to trade a goat skin for a new sickle, instead opting to fulfill her son’s one true wish by trading the skin for a pair of cobalt blue rain boots. Mother Renjyi provides a patient and savvy foil to her husband’s taciturn presence, as well as a loving reprieve from Wangdrak’s difficulties in navigating the outside world. Young Lhamo, too, is a key ally for Wangdrak, alternating as guardian against school bullies, partner in crime, and the facilitator of a rare and blissful puddle-jumping soirée in a pair of her own dazzling rain boots. More often than not, she becomes Wangdrak’s voice of reason and a comedic counterpoint to his ambitious and, sometimes, immature desires.

Despite the appearance of many youthful characters, Wangdrak’s storyline becomes entangled with the larger overarching issues facing the village. Just as young Wangdrak finally acquires his illustrious boots, he is faced with another dilemma: the absence of some desperately needed rain. These desires contrast directly with those of his fellow villagers, all of whom are hoping that the storm, pregnant with potentially crop-devastating hail clouds, will hold off long enough to protect the harvest. Wangdrak, on the other hand, is steadfastly focused in his attempts to do everything in his power to foil the adults’ prayers.

As a result of these conflicting desires, the tension between traditional spirituality and modern bureaucratic demands becomes a recurring motif faced by the film’s characters. Does the local lama (a teacher of Tibetan Buddhism) have the power to stop the rains from pummeling the town’s crops, thereby squashing young Wangdrak’s puddle jumping dreams? With hail clouds gathering, should the town council appeal to the proper government authorities for disaster relief? In these respects, the adults seem just as unsure as Wangdrak about who, or what, exercises ultimate control of their fate.

In addition to the exceptionally strong performances by local first-time actors and heartstring-tugging plot, the film’s cinematography stands in a category of its own. From the opening tight shot of little sneakers steaming next to the fire (a struggle to keep necessities dry that Vancouverites can identify with all too well) to the sweeping landscapes of rural Qinghai Province, cinematographer Lü Songye paints a rich, multilayered tapestry of Tibetan life that puts in the foreground the hopes and desires of the younger generation.

Despite a rather abrupt ending, Wangdrak’s Rain Boots is a tremendous milestone for the first time director that will leave audiences feeling nostalgic about their childhood quandaries and reflective about the forces governing our world. Whether or not it rains in Qinghai, the forecast is bright for these rising stars. 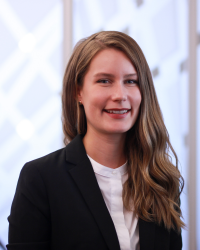 Amelia Duggan is a former Junior Research Scholar at the Asia Pacific Foundation of Canada and a recent graduate of the Master of Public Policy and Global Affairs program at the University of British Columbia.

Japan, China and the Contest for Influence in Contemporary Asia