2019 has been a particularly challenging year for Canada-China relations. In fact, it has been a few complicated years. The bilateral buzz was high for the Liberal government when it was elected in October 2015, but the prospect of a new ‘golden era’ in Canada-China relations was short-lived. Under the leadership of Xi Jinping since 2012, the Chinese government has tightened social and political controls internally and has become more assertive globally. [1] And despite reassuring speeches about globalization in international forums, China’s “neo-totalitarian turn” (or “authoritarian moment”, it all depends) hasn’t boded well for Canada. As one prominent Canadian scholar put it: “We must wake up from our Western dream for China.” This first hit home in December 2017 when Beijing refused to include labour, gender, and environmental rights and protection into a potential free trade agreement with Canada. But it was Beijing’s terse response to Canada’s arrest of Huawei CFO Meng Wanzhou on a judicial extradition request from the United States on December 1, 2018 that led to a diplomatic brawl that has seriously derailed the bilateral relationship and plunged it to historic lows. 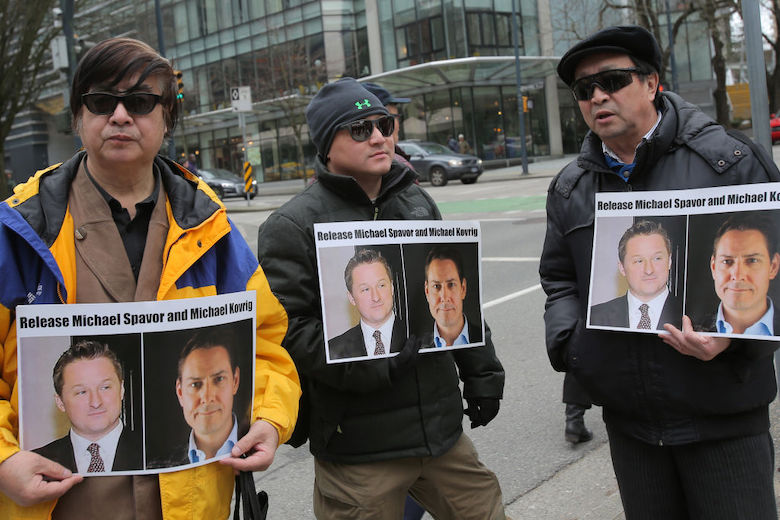 Protesters hold signs calling for the release of Canadian citizens Michael Spavor and Michael Kovrig outside BC Superior Court where Huawei CFO Meng Wanzhou appeared on March 6, 2019 in Vancouver, Canada. Meng was arrested by Canadian authorities in December 2018 at the request of the U.S. | Photo: Karen Ducey/Getty Images

The details of Beijing’s retaliatory measures are well known and have been widely covered in the media: among other things, two Canadians, Michael Kovrig and Michael Spavor, have been detained in China on spurious charges since last December, and crippling embargoes have been applied to various Canadian agricultural exports. With its newly appointed Foreign Minister, Francois-Philippe Champagne, and recently assigned Ambassador to China, Dominic Barton, the Canadian government now hopes to solve the impasse with China, which, many have argued, will represent Canada’s most critical foreign policy challenge for years to come. But if experts agree that the Canadian government needs to readjust its approach on China, they disagree on how the government should proceed.

It has now been a full year since Meng Wanzhou’s arrest and the schism it created. It will take time before the full impact of this past year is fully understood, but, as the government is seeking a new framework for the bilateral relationship, it is a good time to review how much Canada-China ties have been affected in 2019. To get a clearer picture beyond the daily news cycle, we must analyze and compare data for trade and investment, peoples-to-people ties, and public opinion regarding China. 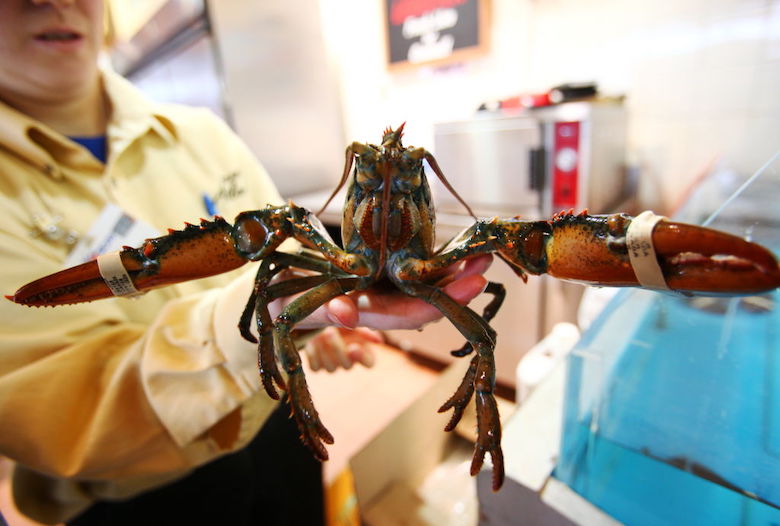 Charlottetown, PEI saw a whopping 74 per cent rise in the value of its exports to China in 2019 driven in large part by fresh and frozen Canadian lobsters. | Photo: EyesWideOpen/Getty Images

At the provincial level, Canada’s prairie provinces have so far suffered the most from this decline in exports to China: Alberta (-12%), Manitoba (-44%) and Saskatchewan (-24%), primarily due to a significant drop in exports of canola seeds, oil, and meal to China. In British Columbia, the drop in exports of wood products and some minerals hindered an expansion in trade, with the province recording a nominal 0.6 per cent growth in exports to China compared to last year. In Ontario, merchandise exports declined by -15.2 per cent due to a decrease in exports of a variety of products. The increase in export of minerals, such as ores, slag, and ash, have contributed to Quebec’s rising exports to China (8.4%). And while New Brunswick and Newfoundland and Labrador saw minor decreases in their exports to China, Nova Scotia and Prince Edward Island saw a whopping rise in the value of their exports to China – 23 per cent and 74 per cent, respectively, primarily due to a remarkable increase in the sale of a variety of seafood products, especially fresh or frozen lobsters. The gains in sales to China for sectors such as seafood from the Atlantic provinces, however, did not offset the losses suffered in other provinces, which led to an overall decline in Canadian exports to China.

Canada-China relations are also to some extent shaped by the people-to-people ties linking both countries. Diaspora politics and transnational business networks can indeed influence relations between two countries in various ways. The number of Chinese immigrants to Canada grew significantly in the last decades and Chinese people now form one of the largest ethnic groups within Canada’s immigrant population, with Mandarin now Canada’s third most spoken language after English and French. It is too early to tell how much the current chill between Canada and China is affecting the flow of people between both countries, but a look at the number of new permanent residents from China in 2019 compared to 2018 doesn’t indicate the kind of decline that we see in trade and investment. Some immigration lawyers have acknowledged the effect the arrest of Meng Wanzhou has had on the number of Chinese citizens looking to emigrate to Canada, but without being a “deal breaker.” 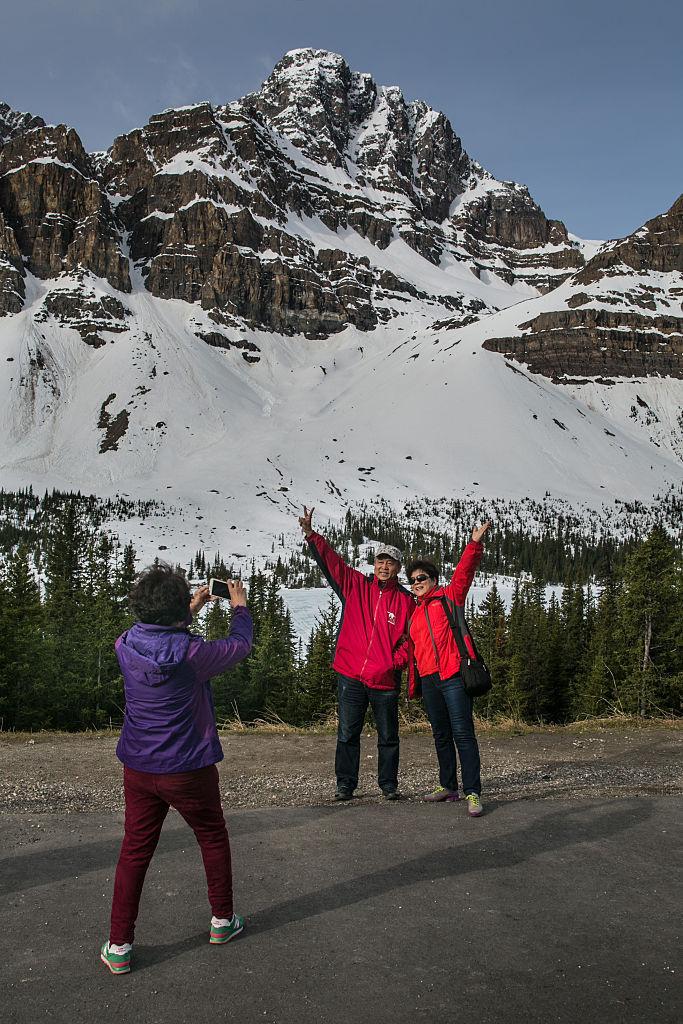 In terms of tourism, the arrest of Meng on December 1st ended the ‘2018 Canada-China Year of Tourism’ in an awkward way, with tourist agencies such as Destination Canada stopping their marketing efforts in China and Heritage Minister Melanie Jolly cancelling her attendance at the closing ceremony of  the 2018 Year of Tourism in Beijing that had been planned for mid-December. However, and despite a warning from China’s Foreign Ministry about travelling to Canada, the number of Chinese visitors has nonetheless increased slightly in 2019. Between January and September 2019, close to 622,000 Chinese tourists arrived in Canada, compared to about 613,000 in the same period of 2018, representing a modest 1.4 per cent increase. And looking at international students, the number of students coming from China has also continued to grow, jumping from 119,000 in 2014, to 143,000 in 2018, with that number estimated to reach 186,000 this year.

Following the election of U.S. President Donald Trump in 2016, Canadian public opinion of China initially grew more positive and supportive of a stronger relationship with the Asian powerhouse. The U.S. president’s bullying tactics and the uncertainty he added to the U.S.-Canada trade relationship created by the renegotiation of NAFTA surely motivated Canadians to reconsider how they view our closest ally and most important trade partner, but also how they perceive Asian countries, particularly China. As found in APF Canada’s 2017 National Opinion Poll, Canadians were not only recognizing the importance of closer economic relations with China to create opportunities for businesses (76%), but they were also warming up to the prospect of a possible free-trade agreement with China (55%). The trend continued in 2018, as more Canadians perceived China (81%) as holding greater economic potential for Canada than the U.S. (73%).

But it is no surprise that Canada’s public opinion toward China changed in 2019. Surveys of Canadian attitudes on China conducted by a team of researchers from the University of British Columbia (UBC) show that the level of negativity by Canadians toward China in 2019 is “significant and growing.” In 2019, only 22 per cent of Canadians had a favourable opinion of China, down from 36 per cent in 2017. The UBC surveys, however, show that although negative feelings toward China are on the rise, support for a Canada-China FTA remains high at 64 per cent (down from 69% in 2017). In terms of priorities the Canadian government should pursue in its dealings with China, 32 per cent (down from 34% in 2017) of Canadians see “trade and investment” as the most important priority for the government. “Cooperation on global issues,” “promoting Canadian values,” and “human rights in China” each received 19 per cent (down from 25% in 2017), 19 per cent (up from 15% in 2017), and 17 per cent (up from 13% in 2017), respectively. The increasing negative sentiments toward China are, however, not limited to Canada; polls by the Pew Research Center showed that public opinion toward China in North America, Western Europe, and parts of Asia has regressed in 2019.

This brief analysis of Canada-China relations in 2019 shows how the relationship has evolved since the arrest of Meng Wanzhou last year. Although the arrest has undeniably affected ties between both countries, taking into account a variety of other factors is essential to fully explaining why the bilateral relationship between Canada and China evolved the way it did in the past 12 months. It is also too early to measure a potential ‘Dalai Lama effect’ on the relationship, but by looking at how trade, investment, people-to-people ties, and Canadian public opinion toward China have evolved over the last year gives us a broader indication of how much the relationship has been impacted.

The composition of Canada’s exports to China has fluctuated compared to 2018, with some products gaining ground and others slowing down. The decrease in Canada’s overall exports to China has obviously been impacted by China’s embargoes on canola and pork, but other factors are at work. Exports in some sectors may have suffered from the normal business cycle, by China's slowing economy, the cancellation of trade missions, or by the loss of eagerness by some exporters to do business in China following the indefensible detention of Michael Spavor and Michael Kovrig. Regarding investment, APF Canada’s analysis using data from the Investment Monitor shows us that the substantial drop in Chinese investment to Canada in 2019 is more a matter of deal-specific timing that can be explained by sector-specific contexts more than by the current tensiosn between Canada and China. 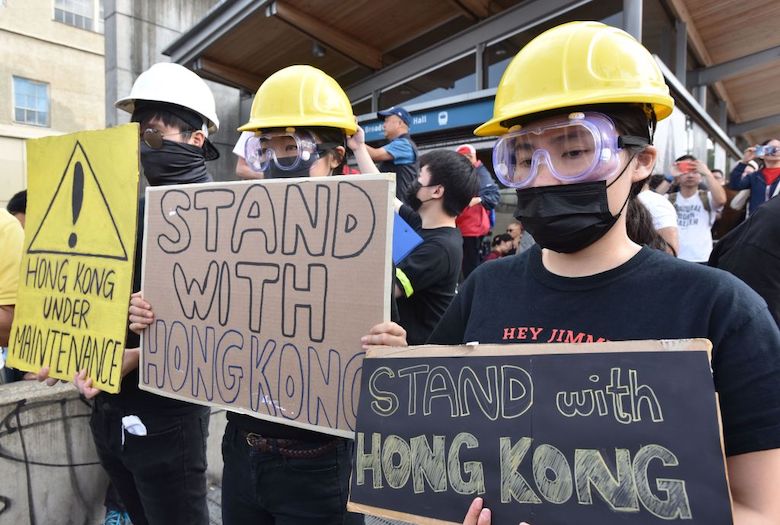 It is unclear how many investment and business opportunities in China have been lost to Canadian companies due to the strained political relations, but a parallel can be drawn between Canada’s current situation and the case of Norway-China relations. That bilateral relationship was negatively impacted when the Norwegian Nobel Peace Prize Committee awarded the 2010 Nobel Peace Prize to jailed Chinese dissident Lu Xiaobo. But if the relationship suffered greatly at the political level, a study found that despite restrictions China placed on Norwegian exports, especially salmon, the negative impact on Sino-Norwegian trade relations was far less severe than anticipated and little effect was found in terms of investment.

In terms of public opinion, although substantially more Canadians now have a negative view of China, they nonetheless still consider China an important economic partner for Canada, and various polls conducted by APF Canada show that there is still a willingness among Canadians to engage with China in some specific areas. This could prove useful as the Canadian government seeks to rebuild its relations with China. What could, however, impede the government’s efforts is the significant differences in what Canadian provinces experienced over the last year – while some provinces have grown their trade in China, others have suffered greatly. This will most likely increase the already differing views of China across Canada, which can only further complicate the federal government’s effort to build a pan-Canadian approach and to accommodate the varying interests of Canada’s players in China.

[2] All figures in 2018 Canadian dollar terms. 2019 investment figures were adjusted downward to be deflated to 2018 terms for measurement purposes. See investmentmonitor.ca. 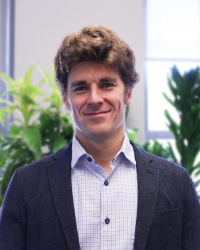 Are Francophones and Anglophones so Different in Their Views on Asia?