Comprising nearly 40 per cent of Canada's landmass and 162,000 km of its coastline, the Arctic is an essential part of Canada's national identity and embedded in our history and culture. It is also an area of key strategic importance for Canada, particularly in the context of Canadian sovereignty and competing interests in the region – including those of Indo-Pacific states whose activities, capabilities, and influences in the Arctic are developing disproportionately faster than their North American and European counterparts.

As Canada's federal government has also identified the Indo-Pacific as a region of renewed strategic importance, a direct linkage between Canada’s interests in the Arctic and those in the Indo-Pacific becomes increasingly relevant and important – more so, arguably, than the relationships that have historically underpinned Canadian Arctic diplomacy, including those with the G7, NATO, and liberal democracies within traditional Western policy discourse.

Canada must look to a more integrated strategic approach, one capable of advancing the country’s national interest across an increasingly complex and, at times, contradictory operational environment. This policy brief from APF Canada identifies areas of overlapping opportunity in the country’s Arctic and Indo-Pacific affairs. It surveys Asia’s predominant Arctic actors – China, Japan, Singapore, and South Korea – and maps their Arctic objectives, activities, institutions, and actors. The brief then provides policy options for greater Canadian integration in the Indo-Pacific’s emerging Arctic ecosystem with specific references to the country’s national interests in the region, as defined in key Canadian policy documents.

Through this approach, the brief’s authors provide a new framework for Canadian involvement in the Arctic that is more comprehensive, more inclusive, and more supportive of the country’s broader engagement in the Indo-Pacific.

It’s Time for a Policy Reset on Canada-China Relations Xi at Davos: Different Systems, Same Goals, and Lessons for Canada Op-Ed: Experiences from Best Practices in Asia Show a Path Forward in the Fight Against COVID-19 Read more > 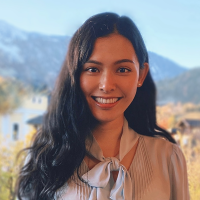 Angela Wang is as a Research Assistant at the Asia Pacific Foundation of Canada and works part time as the Director of the Americas Centre at the Centre for Youth and International Studies. She holds dual master’s degrees in Public Policy and Administration from the London School of Economics and Peking University. She also completed two bachelor’s degrees in Education and French Studies with high distinction from Queen’s University. Prior to joining APF Canada, Angela conducted policy research for the United Nations Office in Nairobi and Immigration, Refugees, and Citizenship Canada. Angela has a keen interest in foreign policy, international relations, and immigration and settlement studies.