China's winter of discontent with Canada has not given way despite the changing of the seasons. The December arrest of Huawei chief financial officer Meng Wanzhou has chilled Canada's relationship with China considerably. We have seen the arrest of two Canadians in China, a trade embargo on our goods and uncertainty over the future of the Sino-Canadian relationship.

The high-profile deterioration of this relationship has affected Canadians' views on economic engagement with China. A new poll conducted by the Asia Pacific Foundation of Canada shows we are skeptical about Asian foreign direct investment (FDI) in the high-tech sector, in particular from China.

The poll found Canadians are more reluctant to support investment in Canadian high tech when it is qualified as "Asian" compared with investment where no region of origin was specified. Fifty-six per cent of Canadians oppose Asian FDI in Canada's high-tech sectors, compared with 44 per cent for "general FDI." Among high-tech subsectors, information communications technology and artificial intelligence received the least support.

On a country-by-country basis, China is the major source of this skepticism, with 59 per cent of respondents believing Canada is receiving "too much" tech-oriented FDI from China. The next-highest Asian country is India, at just 24 per cent.

While these results are compelling, they do not necessarily mean Canadians want to close the door on such investment. The poll shows that Canadians acknowledge the pivotal role Asia will play in global innovation and advancement, and that as it becomes wealthier, Asia may well displace the U.S. as the most important source of tech capital.

Canadians are particularly positive about high-tech-oriented FDI from countries that share our values and political norms, such as Australia, Japan, South Korea and, to an extent, India. They are also receptive to investment – including money from China – when it supports joint ventures and research programs. And regardless of country, Canadians feel positive toward Asian investment in digital media, clean technology and life sciences.

Canadians' skepticism can also be associated with a lack of trust in our government's ability to safeguard our values and interests. While the United States and the European Union have both strengthened laws that scrutinize FDI in "critical infrastructure and technologies," the poll found that 54 per cent of Canadians are not confident our federal government is doing enough to weigh the benefits and risks of investment, while 81-per-cent support a more open and transparent national security review process. Strengthening this process will not only protect our values and security but also help alleviate some concern about FDI from Asia, specifically China.

With an aim to establish Canada as a global centre for innovation, Ottawa has committed $950-million to five high-tech superclusters across the country. This investment, matched by the private sector, is expected to supercharge regional innovation ecosystems and grow the Canadian economy by more than $50-billion over the next 10 years. If these superclusters are to succeed, developing alliances with similar hubs around the world, including those in Asia, will be critical. And that will entail Ottawa doing more to assuage skepticism and instill confidence in its regulatory processes, especially where Asian FDI is concerned.

Despite the current state of our relations with China, Canadians must not be blindly dismissive of Chinese investment. Over the past five years, one-third of Asia's $59-billion FDI infusion into Canada has come from China in establishing Canadian businesses in more "apolitical" sectors such as clean tech and environmental goods and services.

A majority of Canadians believe our government should help shape global norms on the responsible and accountable use of advanced technologies. To do this, however, we must be at the forefront of their development. And for that to happen, we must be open to co-operation and collaboration with Asian partners.

It is unlikely we will experience a glorious summer in our relations in China, at least not this year. So as we try to mend this critical relationship, we should also be strengthening our ties with the rest of the region, too. 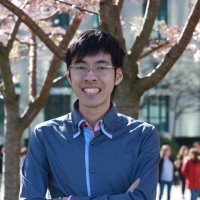 Jeremy Chan is a Junior Research Scholar at the Asia Pacific Foundation of Canada and a recent graduate from the School of Oriental and African Studies (SOAS), University of London, receiving an MSc in International Politics.

Crossing Hong Kong: Defiance in the Face of Authoritarian Control

A Difference of Opinion: Canadian Provincial Views on Asia Are Francophones and Anglophones so Different in Their Views on Asia? Canadian Views on Asia: The 2018 National Opinion Poll Blog Series Read more >