India has gained international attention over the past decade for its impressive economic growth but also more recently (and less positively) because of the growing tensions between Hindus and Muslims in a country of 1.4 billion people who belong to a wide variety of ethnicities and religions. Several anti-Muslim incidents and communal clashes in India, where 80 per cent of the population is Hindu and 14 per cent Muslim, have made the headlines in recent years and spilled over into diaspora communities in Canada, the U.K. and the U.S. The explosive controversy surrounding Indian politician Nupur Sharma’s anti-Muslim remarks during a nationally televised debate in May 2022 provides a flash-point opportunity to analyze how anti-Muslim attitudes are perceived and discussed among Indians on social media.

The controversy began during a nationally televised political debate on May 26, 2022, when Bharatiya Janata Party (BJP) spokesperson Nupur Sharma made offensive remarks about Islam’s founder, Prophet Muhammad, and his relationship with his third wife, Aisha. Sharma’s comments, which quickly went viral on social media, sparked a massive public backlash, condemnation, resistance, and protests in both India and various Islamic nations, including the United Arab Emirates, with which India concluded a free trade agreement just months earlier. Even the Indian Supreme Court criticized Sharma for her comments. Soon after, Delhi BJP’s media chief, Naveen Jindal, adding fuel to the fire, echoed Sharma’s sentiments on Twitter. On June 5, the BJP suspended Sharma and expelled Jindal.

India has one of the largest internet consumer bases in the world. Twitter, with close to 23.6 million users in India, was analyzed for this Dispatch to explore public discourse on the controversy. Using frequency and content analysis of online posts from Twitter users, we found noteworthy levels of support for Sharma, despite public and diplomatic condemnation of her comments.

Religion and identity among top 50 words

Considering the fast pace that events unfolded around the Sharma controversy, we mined tweets using the hashtags #NupurSharma” or “Nupur Sharma” for three weeks, from June 8 to June 27, 2022, when public discussion on the topic peaked at more than 600,000 tweets. After scrubbing the data for retweets and duplicates, our analysis focused on 32,859 English-language tweets. We focused on English-language tweets due to the prevalence of English on social media in India and the inherent difficulty of parsing the diversity of Indian languages.

Our initial frequency analysis revealed some of the main expressions used on Twitter to comment on the Nupur Sharma controversy. The top five words demonstrated an emphasis on politics, religion, and identity: “BJP,” “India,” “Prophet,” “support,” and “Hindu.” A review of the top 50 words showed that at least 22 per cent were directly associated with religion, with the most commonly used words being “Prophet,” “Hindu,” “Muslims,” “Prophet Muhammad,” and “religious.”

Since coming to power in 2014, the Indian government of Prime Minister Narendra Modi has propagated Hindu nationalism, staying true to his BJP party’s roots and goals to build a nation based on Hindu ideals and way of life. Before joining mainstream politics, Modi was a member of the Rashtriya Swayamsevak Sangh (RSS), a paramilitary organization closely affiliated with the BJP. During his tenure as the chief minister of Gujarat state from 2001 to 2014, Modi and his state government were accused by critics (but later absolved by India’s Supreme Court) of not doing enough to stop the 2002 communal riots in Gujarat that resulted in the deaths of more than 1,000 people, mostly Muslims. Under PM Modi’s leadership, the country has also seen a significant uptick in anti-Muslim rhetoric and hate crimes, including conferences calling for a “Hindu-only nation.” Given this context, while egregious, Sharma’s comments during the televised debate did not come as a surprise to many analysts as they seemed to broadly reflect the BJP’s long-standing attitudes and rhetoric concerning minority religions. Even social media users did not shy away from pointing out the possible connection to the attitudes of the larger party.

“Nupur Sharma’s remarks aren’t those made by an overenthusiastic party worker with a blind hatred for non-Hindus. Her response reflects the sentiment at the top level of the BJP party and isn’t that of a blind Modi supporter who misinterprets his call for nationalism.” - @user? (June 8, 2022)

“Rise above party lines and make calls, write emails, tag on social media your (Hindu) MP, MLA, ministers and ask them to support Nupur Sharma, a Hindu woman who is being abused by Vidharmis across the world. It is time to TAKE A STAND FOR HINDU WOMEN.” (June 13, 2022)

Some “netizens” believe that Sharma was unfairly penalized for criticizing Islam and claim that many people in India have “mocked” Hindu gods with impunity. In particular, social media users pointed to comments and tweets by Muhammad Zubair, the editor of the fact-checking website AltNews. Zubair was among the first to publicly criticize Sharma for her remarks about the Prophet during the television debate. As a result, over the next few weeks, Sharma’s supporters compiled various tweets, dating back to 2018, made by Zubair that referred to Hindu gods, seers, or BJP leaders. Right-wing Hindu activists filed cases in New Delhi and Uttar Pradesh over Zubair’s social media content for allegedly harming Hindu community sentiments, and Zubair was arrested on June 27, 2022. Later released on interim bail, Zubair, who has long been vocal against Hindutva leaders and active in curbing disinformation targeting minority communities, figured heavily in our dataset and his name also appears in the most frequently used words in the tweets we analyzed (See Fig. 1).

The reactions of Indian “netizens” to the BJP are noteworthy. Even though the trigrams surrounding the BJP are varied, there was visible discontent with the party over its handling of the Sharma controversy. Many users’ tweets suggest they were not happy with the BJP’s sanctions against Sharma. Some key examples included “Islam by BJP,” “extremist group BJP,” “deceived by BJP,” and “shame on BJP.” Some netizens felt the BJP’s measures against Sharma, most likely taken due to the diplomatic crisis that followed her comments, were quite unlike their actions against other senior political and religious leaders who have incited violence and promoted intolerance against minority communities in the past.

Hindu nationalism has filtered into the daily online and offline lives of people in India. There is a growing trend of conflated support for Hinduism and nationalism, which is generally demonstrated by supporting the BJP government and quashing criticism and dissent against the BJP governance and leadership. While Twitter users in India represent only a fraction of the country’s 1.4-billion population, our analysis revealed an evident support base for Hindu nationalism that even trumped support for the BJP, which was criticized for its sanctions against Sharma. The use of social media by Hindu nationalists as a propaganda tool has been well-documented in academic research and media investigations. The public opinion expressed on social media in support of Sharma reflects that propaganda machine, which has successfully built a support base that places religion above political interests. Understanding India’s growing Hindu nationalism and its divisive, populist politics helps those beyond its borders better understand this growing and dynamic Asian powerhouse, which will take on a more central role in the context of the Indo-Pacific strategies many countries, including Canada, are currently developing. Social media, particularly Twitter, offers a side window into Indian society, revealing currents and narratives beneath the daily headlines that reflect a country very much in transition.

Note: All tweets quoted above have been adjusted for grammatical errors and spelling mistakes. The usernames have been withheld to protect user privacy.

[i] Trigram analysis tokenizes and unites words into groups of three. By analyzing the words that precede the most frequently used words, we can gain a better understanding of exactly what people are supporting. 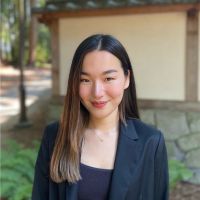 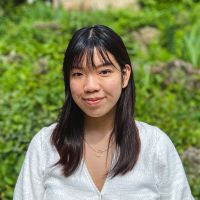