When the results of India’s general election were announced just over a year ago, the Bharatiya Janata Party (BJP) and its supporters had reason to be euphoric: voters handed the BJP and its National Democratic Alliance a renewed and more robust mandate.  It had become clear during the campaign period that Prime Minister Narendra Modi had jettisoned many of the economic messages that first brought him to power in 2014 and replaced them with a set of more strident appeals to his Hindu nationalist base. Those who worried that the BJP’s victory would mark a dark turn in Indian politics soon had their fears realized: after its May 2019 victory, the ruling party began clamping down on press freedoms and activism; introduced a citizenship act that disenfranchises Muslims and marginalized peoples; and, abrogated the special status of Kashmir, the country’s only Muslim-majority state.

That platform is serving the Indian people poorly now, as Modi and his government are facing an unprecedented crisis: 456,000 COVID-19 cases as of June 24 and growing, and an economy in a tailspin. What’s more, some of the government’s COVID-19 responses have made people in India who were already vulnerable even more so. But will these failings make a dent in the BJP’s support? Regional parties from across the country have not missed an opportunity to criticize not only the BJP’s divisive brand of politics but also its ability to govern effectively. Mounting domestic unease with health and socio-economic predicaments has provided an opening for these parties to gain valuable ground in the several states that will hold elections over the coming year.

In late March, India imposed the world’s strictest lockdown in an attempt to stem the community spread of COVID-19 and to prevent India’s fragile health infrastructure from being overwhelmed. Experts have criticized the government for instituting stringent measures too early, only to roll them back. At the same time, India’s COVID curve continues to rise, including in the high-density financial hub of Mumbai. The government has also come under fire for its abysmal testing rates, with only around 600 tests per million people, and inadequate contact-tracing efforts. Individuals housed in state quarantine centres have complained of poor quality accommodations that lack basic cleanliness. Even the government’s national task force has deemed the response an “unscientific failure.” 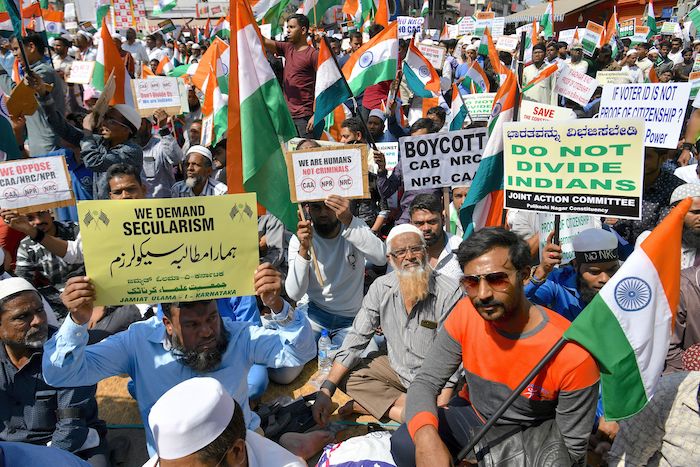 Amid this sharp criticism, the country’s Muslim minority has been made a scapegoat. Allegations that a significant disease cluster originated at a Muslim religious gathering in New Delhi before the lockdown has led Muslims to be villainized by the media, police, and government officials. That is by no means the only example of already embattled Muslims suffering under the COVID-19 response.

Another example is Kashmir. In August, the BJP-led government abrogated Article 370 of the Constitution, revoking this Muslim-majority area’s special status and statehood. Now under the direct control of the federal government, the region has seen a sustained attack on human rights, a communication blockade, and crackdowns on political activism and press freedoms. Already one of the most militarized regions in the world, Kashmir is described as the world’s largest open-air prison. The COVID-19 lockdown has augmented the effects of the military lockdown. The region’s service- and tourism-driven economy has taken a big hit, with unemployment figures reaching upwards of 22 per cent.

In addition, under the guise of the COVID-19 pandemic, the central government, with the support of the armed forces, has expanded invasive surveillance measures in the Kashmir Valley. There have been alleged war crimes and human rights violations committed against the local population including the proven use of Kashmiri civilians as human shields in addition to a laundry list of violations as detailed in a 2018 report by the office of the United Nations High Commissioner. These are unlikely to be widely reported due to tighter communications restrictions and the persecution of local journalists.

Similarly, the Citizenship Amendment Act (CAA), passed by parliament in December, works in tandem with the National Registry of Citizens (NRC) to verify citizenship based on documents proving that those listed are not, in fact, illegal immigrants to India. Those who are excluded from this list can be reconsidered for citizenship as a result of laws laid down in the CAA – except for Muslims. In addition to blatantly discriminating against Muslims, the CAA-NRC negatively impacts the economically disadvantaged, for whom the required documents are considerably difficult to obtain.

The passage of the CAA and the looming threat of a nation-wide NRC sparked a national protest movement that Muslim women and students led. Many Muslim scholars, journalists, and activists have been booked under the draconian Unlawful Activities Prevention Act. They are also facing significant hurdles in seeking legal help and filing appeals as a result of the strict COVID-19 lockdown. 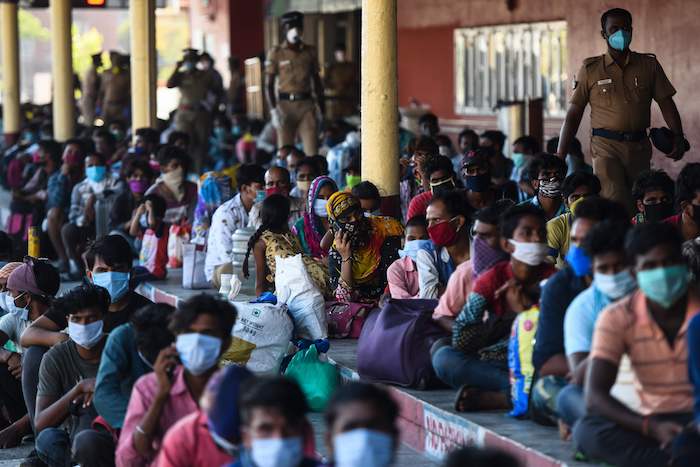 Stranded migrant workers wait to board a special train to Bihar from MGR Central railway station after the government eased a nationwide lockdown imposed as a preventive measure against the COVID-19 coronavirus, in Chennai on May 14, 2020. | Photo: Arun Sankar/AFP via Getty Images

Finally, the lockdown has left migrant labourers stranded across the country with no way to return home. While the government has issued orders for individuals to stay in place until it eases the lockdown, it has not provided adequate support, economic and otherwise. Many stranded labourers, now mostly unemployed, bear the high expenses associated with urban living. This has resulted in a mass exodus of workers walking from urban centres to their hometowns. Police brutality and a lack of shelter and transportation have led to the deaths of nearly 400 migrants throughout the lockdown period.

Not the economy Indians need

Like much of the world, India’s economy has been hit hard by the COVID-19 pandemic. However, the Indian economy was already coming under strain before the pandemic struck. When he became Prime Minister in 2014, Modi promised to create 20 million jobs a year. But after that, the unemployment rate actually rose from around five per centduring the prior UPA administration to 7.4 per cent at the end of 2018. With the government’s numerous employment schemes failing to meet their targets, the central government initiated labour law reforms to help ease doing business. These reforms were unpopular among many workers, however, and prompted nation-wide strikes by 10 nation-wide trade unions in early 2019.

Then, a combination of diluted labour laws and corporate tax cuts announced in September 2019 helped to boost private sector optimism about the Indian economy. In January, the media declared that India was witnessing an economic recovery, as indicated by a bullish stock market and growth in India’s manufacturing activity. However, the Indian media, based on figures from the Purchasing Managers’ Index, noted in February that manufacturing sectors had in fact been a major source of the country’s worsening economic performance. Although statistical wizardry may help paint a more tempered picture of India’s economic standing, several signs paint a bleak picture: the collapse and ensuing government bailout of Yes Bank, one of the country’s large private-sector players; a 50 per cent drop in the growth of bank credit, to six per cent; and, a fall in exports by 1.7 per cent since 2018. 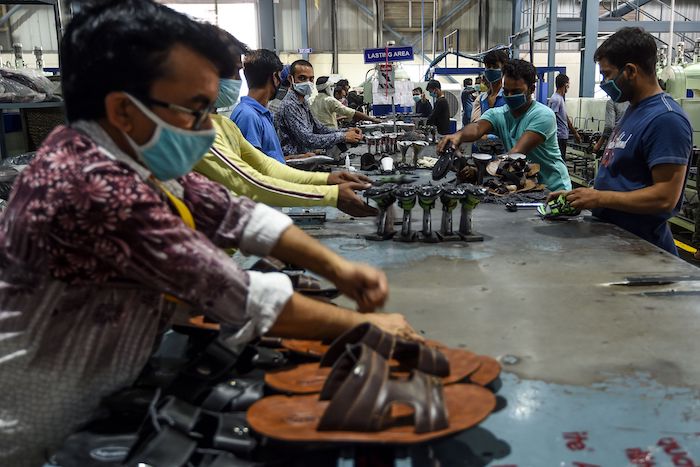 This photograph taken on May 28, 2020 shows labourers working on a production line at the Aqualite footwear factory in Bahadurgarh in the northern Indian state of Haryana, after the government eased a nationwide lockdown imposed as a preventive measure against the COVID-19 coronavirus. | Photo: Money Sharma/AFP via Getty Images

Now, as a result of small businesses and factories being closed for the duration of the COVID-19 lockdown, the Indian economy is set to contract by around two per cent. This jarring statistic has been met with government efforts to bolster stability by introducing a C$357-billion economic package that amounts to around 10 per cent of the country’s GDP. This package has been strongly criticized from all sectors of the economy – from daily wage earners to industrialists – as insufficient to bolster demand among low-income families who are struggling to purchase food or pay rent. While various state governments have made it illegal to evict tenants and withhold the salaries of employees, the enforcement of these laws remains inadequate and support from the central government is minimal. As they stand, these measures lower interest rates for small business loans and include the reduction of repo rates by the Reserve Bank of India, neither of which truly benefit the wider public. Further, this bailout package includes previous expenditures and actions by the government and the Reserve Bank of India – the true commitment to COVID-19 economic recovery is effectively half the C$357 billion bailout figure.

As nations the world over continue to struggle against and slowly recover from the COVID-19 pandemic, India’s BJP-led government has weakened itself since the 2019 election through its emphasis on divisive politics. While the BJP has delivered on some of its most audacious and Hindu-nationalist promises, many of the policies that would materially improve people’s lives have remained mostly unfulfilled and, in light of the pandemic, seem unattainable in the near term. Meanwhile, many of the people poorly served by the current government have had few reasons to expect a reprieve as the country braces for a worsening pandemic crisis. The alienation of minority groups by the regime, coupled with turmoil on the economic front, have led opposition parties to rally against the BJP in the hopes of upsetting the party’s momentum as states start holding local elections that could be a preview of the 2024 general election. 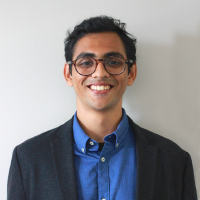 Faiz Vagh is Co-Director of Election Watch Programming, part of the Asia Pacific Youth Council. He was also a member of APF Canada's India Election Watch in 2019.