New technologies are now a foundation of the global economy, with two titans—the U.S. and China—duelling over technology leadership. Both threaten to decouple the governance and infrastructure of the world’s digital technologies, creating separate supply chains they plan to dominate. After the resolution of the hostage crisis with China, in Canada we now await a new China policy from Ottawa and publicly debate a longstanding issue whether to ban Huawei from our telecommunications system. Yet, there is so much more at play for Canada in today’s highly competitive technology landscape.

To compete, Canada should recognize its strong ties to the U.S., as well as China’s new status as the soon-to-be largest economy in the world. Navigating these two duelling superpowers in the company of other technology-leading countries requires focus and finesse. It’s hardly a simplistic either/or.

In terms of the debate about following the lead of the other Five Eyes countries to ban Huawei, the reality is that our Big Three telecom companies have already responded by buying Ericsson and Nokia equipment for 5G. Banning Huawei now would be mainly symbolic in the context of an evolving geopolitical environment.

Canada has a proud history of digital telecommunications leadership. Nortel, Mitel, Newbridge, and RIM (Blackberry) were industry heavyweights, setting digital trends for the emerging internet. Around the turn of the century, Ottawa became a must-stop as U.S. and European telecoms firms crisscrossed the Atlantic in the race to build digital infrastructure. As a country, we had an outsized role in the international bodies setting global internet rules—rules that ultimately led to a US$15-trillion boost to the world economy.

The nature of global digital technology competition has dramatically changed since then. China has emerged as a technology leader that poses an existential threat to U.S. dominance. The Fortune Global 500 drives home this growing economic concentration, showing that the U.S. (122) and China (143) have more companies in the Global 500 than the other 193 countries combined. At the same time, serious concerns have been raised about the market dominance and data practices of Big Tech and the inadequacies of the current multi-stakeholder global rules. China and Russia started a debate about the virtues of decoupling from a multilateral system, and this debate has broadened during COVID as supply chain issues for microchips and critical minerals have become apparent.

Moving forward, Canada has the potential to re-establish its global technology leadership in niche areas and in setting global standards and governance. To up our game, the immediate next step is the establishment of a framework of principles guiding our actions.

The first principle is that we should focus on our own hard-nosed technology interests. We should be proud of, protect, and expand our leadership in key industry 4.0 technologies, such as artificial intelligence (AI), neuroscience, quantum computing, fintech, and clean technology.

The second principle is that our competitive advantages are inevitably in niche areas. While Canada has technology strengths, it goes without saying that our small population and large number of small- and medium-sized enterprises means we cannot be a leader everywhere. Getting our firms large enough to compete in global markets is always a challenge.

Third, our strategy should align our domestic innovation policy agenda with today’s geopolitical realities. This requires a comprehensive and long-term understanding of our technology interests, opportunities, and vulnerabilities with the U.S. and China, and with other developed and rapidly emerging digital economies. And it includes a rigorous assessment of our international science partnerships as part of the equation.

There are alternative markets to both China and the U.S. We have our traditional partners in Europe and the Commonwealth countries of Australia, New Zealand, and the U.K. But within Asia, the list is long, including the established markets of Japan, South Korea, and Taiwan, as well as the emerging digital and data ecosystems of India and Indonesia.

Fourth, with China, and indeed even with the U.S., our approach should be dictated by our partners’ willingness to play by a multilateral set of rules. Neither China, nor the U.S., should be permitted to misuse their positions as titans. Canada needs to be an active player in setting the rules of the multilateral system.

As a middle power, we should not put ourselves into a hard and fast alignment with one technology leader over another. Favouring partnerships with other democratic countries that share our common values should always be our first instinct. This is especially true as Canadians’ confidence in China is at its lowest ebb and in the light of Russia’s invasion of Ukraine. Yet, there should be no illusions about the challenges of technological alliances. Canada has recently been a leader in G20 meetings on AI, where like-minded countries jostle to set global standards and advance the interests of their national firms.

We don’t have to reinvent the wheel for this task. In late 2020, Google’s former CEO, Eric Schmidt, brought together a group in the U.S. that proposed a framework and developed a series of recommendations for the U.S. to deal with China’s emergence as a global technology leader.

The issues for Canada are different and broader, yet this type of work would be useful to emulate. A Canadian advisory group should be established with the responsibility of building an independent, interest-based global technology framework for the country.

To do this successfully, a credible leader is needed. This person doesn’t need to be from the technology sector, like Schmidt. The requirement is for an independent thinker who can capture the interests of all regions of the country. A person with roots in business but, above all, who places a premium on bringing together the best and brightest from the private sector and governments, as well as from universities and think tanks.

The advisory group should start by developing a strong information base, mapping Canada’s technology sectors, supply chains, and research and development networks. From this mapping exercise, a comprehensive list of critical sectors and firms can emerge around which a strategy for engagement, collaboration, and investment can be deployed.

The strategy should address several underlying issues, such as how to promote scale and the export readiness of firms with the full support of domestic research and the funding of emerging technologies; how to play a leading role in setting global standards to the benefit of our firms; how to build resilient intellectual property practices to protect Canadian SMEs; and, how to leverage Canada’s current international leadership in the Global Partnership on AI as a platform to reinforce the benefits and fairness of an open multilateral framework.

The digital revolution is characterized by an exponential speed of change, its impact across all sectors, and the need for highly qualified talent. We can compete on our terms with an agile, principles-based strategy in the face of a more protectionist, America-first U.S. and an aggressive China.

This piece first appeared in The Hill Times on April 6, 2022 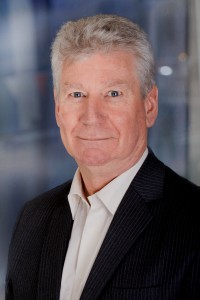 Stewart Beck is the former president and CEO of the Asia Pacific Foundation of Canada, and a Canadian career diplomat who served abroad in China, India, Taiwan and the United States. He currently serves as a Distinguished Fellow. 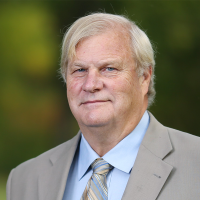 John Knubley is a Senior Advisor with McKinsey & Company and Longview Communications, and a Corporate Director, Strategic Advisor, and Former Deputy Minister, Innovation, Sciences and Economic Development Canada. John is a Director on the Board of the Asia Pacific Foundation of Canada.