South Korean e-commerce giant Coupang made its debut on the New York Stock Exchange on March 11 with a market cap of more than C$125 billion. It was the largest listing by a foreign company since Alibaba in 2014.

Often referred to as the ‘Amazon of South Korea,’ Coupang is known for its exceptional customer experience offering next-day delivery for millions of products. Bom Kim, a graduate of Seoul National University and a dropout from Harvard Business School, founded Coupang in 2010. Growing up in Seoul, Kim saw the combination of South Korea’s well-educated, high-income population and broad internet and smartphone penetration as an opportunity to build a South Korean version of online marketplace Groupon. Seoul’s sheer size and density, conducive to logistical infrastructure, was the perfect breeding ground for digital commerce.

Today, 70 per cent of the population lives within 11 kilometres of a Coupang logistics centre. Its 100 fulfilment centres spread across 30 cities cater to more than 15 million customers. The company generated nearly C$15 billion in sales revenue in 2020.

To date, Coupang has received C$4.3 billion in funding from the likes of SoftBank, Sequoia, and Blackrock. Softbank’s Vision Fund owns 35 per cent of Coupang, which translated to a roughly C$41-billion paper gain when the company went public.

The U.S. public debut was a first for a South Korean company, leading many to wonder why Coupang chose the NYSE over domestic indexes such as KOSPI or the more tech-focused KOSDAQ. Ultimately, a higher valuation was the primary driver for the U.S. listing.

The South Korean stock market is relatively young, with only 70 years of history. The market is also dominated by ‘chaebols,’ or family-owned industrial conglomerates. Moreover, Korean investors struggle to understand the value of growth-oriented yet loss-making startups such as Coupang (which reported a net loss of C$576 million in 2020). If Coupang were to have listed on the KOSDAQ, analysts suspect that it would have fetched a mere C$12.5-billion valuation, far below the C$125 billion market cap it achieved on the NYSE.

Coupang appears to be truly a global company. It is registered in Delaware, headquartered in Seoul, listed in New York, and has its largest shareholder in Tokyo. However, Coupang does not yet have any plans for operations outside of South Korea. According to its S-1 filing with the U.S. Securities Exchange Commission, the company outlined plans to gain market share, boost technology infrastructure, and diversify offerings – all domestically, meaning that jobs will stay at home.

Coupang’s success is a testament to the prowess of South Korea’s tech startup ecosystem. Since Coupang became a billion-dollar unicorn in 2014, the number of Korean companies hitting the sky-high valuation has accelerated. Today, South Korea lays claim to 11 unicorn companies out of approximately 650 globally – that’s nearly double the number of Canadian unicorns. With the pandemic further boosting tech valuations, many market-leading South Korean startups are considering going public both at home and abroad. The international investments that Coupang has been able to secure seem to have inspired confidence in localized business models among other Korean tech startups.

For example, Germany-based Delivery Hero is scooping up Woowa, the company behind food delivery service Baedal Minjok, for C$5 billion and maintaining its focus on the Korean market. Moreover, Coupang’s smaller, more local competitor, Market Kurly, led by female-founder Sophie Kim, is planning to follow Coupang’s lead and list in the U.S. while continuing to operate exclusively in Korea.

What’s interesting about these foreign investments is that the foreign capital powers innovation, job creation, and competitive advantage at home.

Startup Genome, a research and policy advisory organization that provides analysis and evaluation for startup ecosystems, ranks Seoul among the top-20 global tech startup ecosystems. Its collective C$49-billion valuation is impressive compared to Toronto’s C$21-billion valuation, even if dwarfed by Silicon Valley’s near C$850 billion. Fuelled by technical talent with strong execution skills and a ‘bali bali’ (‘quick quick’) sense of urgency, the Korean tech startup community is increasingly being noticed by foreign investors. In contrast to the Canadian strategy of pushing its startups towards going global as a critical factor for success, the Korean formula for prosperity turns that model on its head by often staying local.

Indeed, Coupang has succeeded as a global company without actually having a global business model. Its unique ability to attract foreign investment without being forced to scale globally stands in stark contrast to Canadian trends. Amidst the plethora of programs to support entry into international markets, Canadian policymakers can learn from the Korean formula for prosperity of ‘think global, do local.’

Coupang and other Korean tech leaders are setting impressive precedents with their success in attracting foreign investment without being forced to scale globally. Sure, Korea’s consumer base of 50 million people outsizes Canada’s mere 36 million, but looking at market size from a dollar value perspective, Canada’s economy (GDP of C$2.2 trillion) is neck and neck with Korea’s (C$2.1 trillion). As a result, Canada’s purchasing power (in terms of GDP per capita) is actually 50% higher than Korea’s.

One answer may come from Canadian consumer behaviour, which is often slow to adopt innovative technology. In contrast, Korean consumers are curious enough to take a chance on new products and services before they are mainstreamed. For example, Canada’s mobile payments ecosystem is far clunkier than the nimble strides made in Korea. While this industry is the exclusive domain of established banks in Canada, a number of smaller players have found success in Korea. This forward-looking culture has enabled Korean tech startups to avoid having to globalize their operations too quickly.

Canadian tech startups have the potential to prosper with Canada-focused growth plans (that result in jobs and IP remaining at home). To unlock this potential, policy-makers need to continue their efforts to remove regulatory barriers that prevent the adoption of tech innovation. Moreover, they could also consider ways to incentivize consumers to be more open to considering new products and services.

If this trend can be established in Canada, global investors may be more willing to give Canadian tech startups a chance to ‘think global while doing local.’ 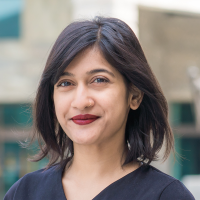 Zahin Hussain is a Startup Manager at Youth Co:Lab, an initiative supporting young entrepreneurs in Asia led by the United Nations Development Programme and Citi Foundation. Zahin previously led a startup incubator in Seoul, worked in education financing at the Asian Development Bank in Manilla, and led business development for AIESEC Vietnam in Ho Chi Minh City. Zahin holds an MBA from Hanyang University in South Korea and a B.A. in Global Development Studies from Queen's University.