On April 4, around 200 Canadians took the first repatriation flight out of New Delhi, India. Close to 40,000 Canadians were stranded in India due to the Indian government initiated “hard lockdown” on March 25, 2020, a disquieting situation for many in the large Indian Canadian community. The Canadian government has so far negotiated at least six flights flying out of Amritsar, Bangalore, Mumbai, and New Delhi, in an effort to repatriate Canadians whose travel plans got interrupted by the lockdown in India.

Over the past couple of weeks, Canada has arranged for thousands of Canadians to return on over 40 flights from some 30 countries. But as Canada’s Foreign Minister, François-Philippe Champagne, has reiterated, it may not be possible to bring all Canadian travellers back home. Repatriation involves complex negotiations with the host countries and logistics challenges that put limits on what the Canadian government can do. And as underscored by Canadian Prime Minister Justin Trudeau, returning Canadians also pose a “real risk” to the rest of the country that requires a robust set of measures to protect both the returning travellers and the general public.

The Indian lockdown includes suspension of all activities barring essential services to encourage the country’s 1.3 billion people to remain at home and help decrease the spread of the novel coronavirus. India also suspended entry of all international commercial flights on March 19, barring even citizens and permanent residents from returning to India. There are exceptions for returning passengers from certain countries such as UAE, Qatar, and Oman, among others, but all travellers are subject to quarantine. It is not the entry, however, that is an issue for Indian nationals located elsewhere as much as the availability of flights back home.

In the two weeks since the Indian government initiated the lockdown, the government has faced a plethora of issues in addition to the economic and public health crisis. Thousands of migrant labourers took to the streets and highways around March 28 to return to their home villages as they could no longer afford to remain in urban centres with no work. While the government struggled with controlling the masses and sheltering them in place, fear that the workers may carry the virus back to rural areas loomed heavy over the country. 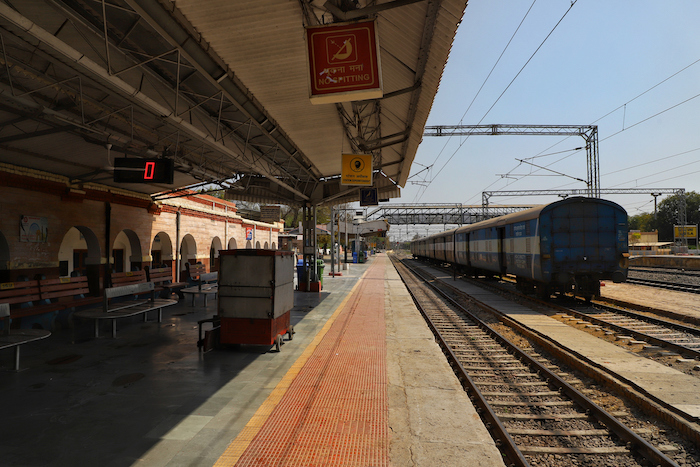 A normally bustling railway station in India sits empty due to a national lockdown impacting 1.3 billion people in the world's largest democracy.

Meanwhile, on March 30, the country woke up to a major cluster of COVID-19 positive cases emerging from New Delhi where the Islamic missionary Tablighi Jamaat held a religious conference earlier in the month. The Washington Post named the incident a “super spreader” as hundreds of members unwittingly carried the virus across the country resulting in over 1,400 positive cases as of April 6. The incident has also added fuel to growing communalism in a country with a medical system already ill-equipped for a pandemic of this magnitude.

A single ticket on a Canadian-government-organized repatriation flight from India can cost upwards of C$2,900. The ticket price, which is three times the normal, excludes any other costs individuals may incur while securing safe passage to the designated airports. This has caused significant financial distress for many Canadians in India. Acknowledging the extreme prices, the Canadian government stated that its options are limited and subject to negotiations with India.

A single ticket on a Canadian-government-organized repatriation flight from India can cost upwards of C$2,900.

In one such story shared by CBC, a family of five that was visiting relatives in Pune, India, were faced with the dilemma of footing a C$15,000 bill for tickets home. As a diabetic with a heart condition, the father, Jameel Khan, a Canadian citizen living in British Columbia, was also worried about his own health. The first flight, which left New Delhi last Saturday (April 4), was routed through London, yet another hotbed of COVID-19. Under the current repatriation program, Air India takes Canadians to a midpoint, such as London, and from there, Air Canada flies them back to Canada. This allows flight crews to remain on their planes and avoid mandatory 14-day quarantines. For Canadians like Khan, however, the fear of contamination in London is very high, as noted in his tweet to the Prime Minister on April 3. The Canadian government has offered a C$5,000 repayable loan to cover such expenses, but only after travellers have exhausted all other options, including taking loans from family and friends.

Currently, around 27,000 Canadians in India have voluntarily registered with the government’s Registration of Canadians Abroad (ROCA). Repatriation efforts are being directed at Canadians who had a return flight booked prior to the lockdown, and whose flights have been delayed or cancelled. Furthermore, only those who are located in and around the cities of Amritsar, Bangalore, New Delhi, and Mumbai, are being contacted. Canadians located elsewhere have yet to be contacted.

Only those who are located in and around the cities of Amritsar, Bangalore, New Delhi, and Mumbai, are being contacted.

The Indian Ministry of Tourism, meanwhile, has proactively launched a #strandedinindia initiative replete with helpline numbers in every state, a program that offers to assist foreign travellers with information on how to keep safe and options for travelling back to their home countries. Its website, however, doesn’t mention how the Ministry will arrange for safe travel given the transportation lockdown, or if foreigners will be provided food and accommodation if needed.

The World Health Organization declared the COVID-19 outbreak a pandemic on March 11, and at the time, according to the National Post, around 500,000 Canadians were registered with Canada’s international ROCA system. On March 14, Canada closed its border to all except citizens and permanent residents and suspended all non-essential travel. Canada’s decision to wait until March 14 to introduce a travel ban was primarily due to a reported lack of evidentiary support. India had only 113 confirmed COVID-19 cases on March 14, mostly travel related, while Canada had a total of 257 confirmed cases (seven presumptive, 11 resolved). Since then, both countries have shown a dramatic increase, with India confirming 6,725 cases and Canada registering 19,773 cases on April 9.

Prevention or protection – food for thought

As of April 9, five flights have left from India with Canadians on board, but thousands are still stranded in India and across various countries. While Canada works towards repatriating its citizens, it is pertinent for the government to consider balancing the need to bring Canadians home while still protecting the country’s resident population from a potential second wave of infection.