The “Asian Language Century”: Increasing the Number of Canadians Competent in Mandarin 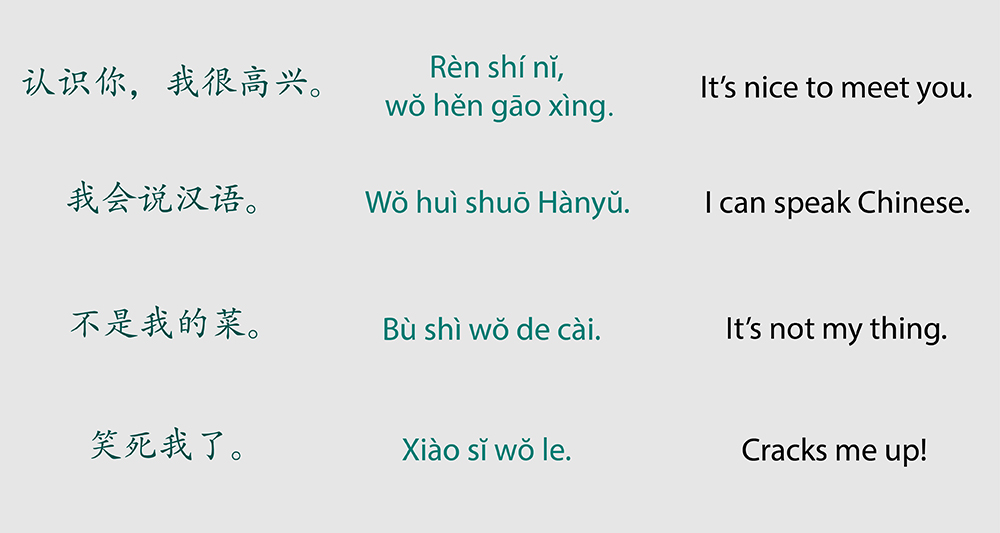 Did you ever wish you could say the above in Chinese? Or that your children could?

An increasing number of Canadians share this aspiration, as we discovered in our recent 2016 National Opinion Poll: Canadian Views on Asia. The Asia Pacific Foundation of Canada survey revealed that 41 per cent of Canadians want more emphasis placed on teaching Asian languages in provincial schools, up 13 per cent from 2014. These numbers clearly indicate that Canadians are beginning to realize just how important it is for Canada’s next generation to be competent in Asian languages. 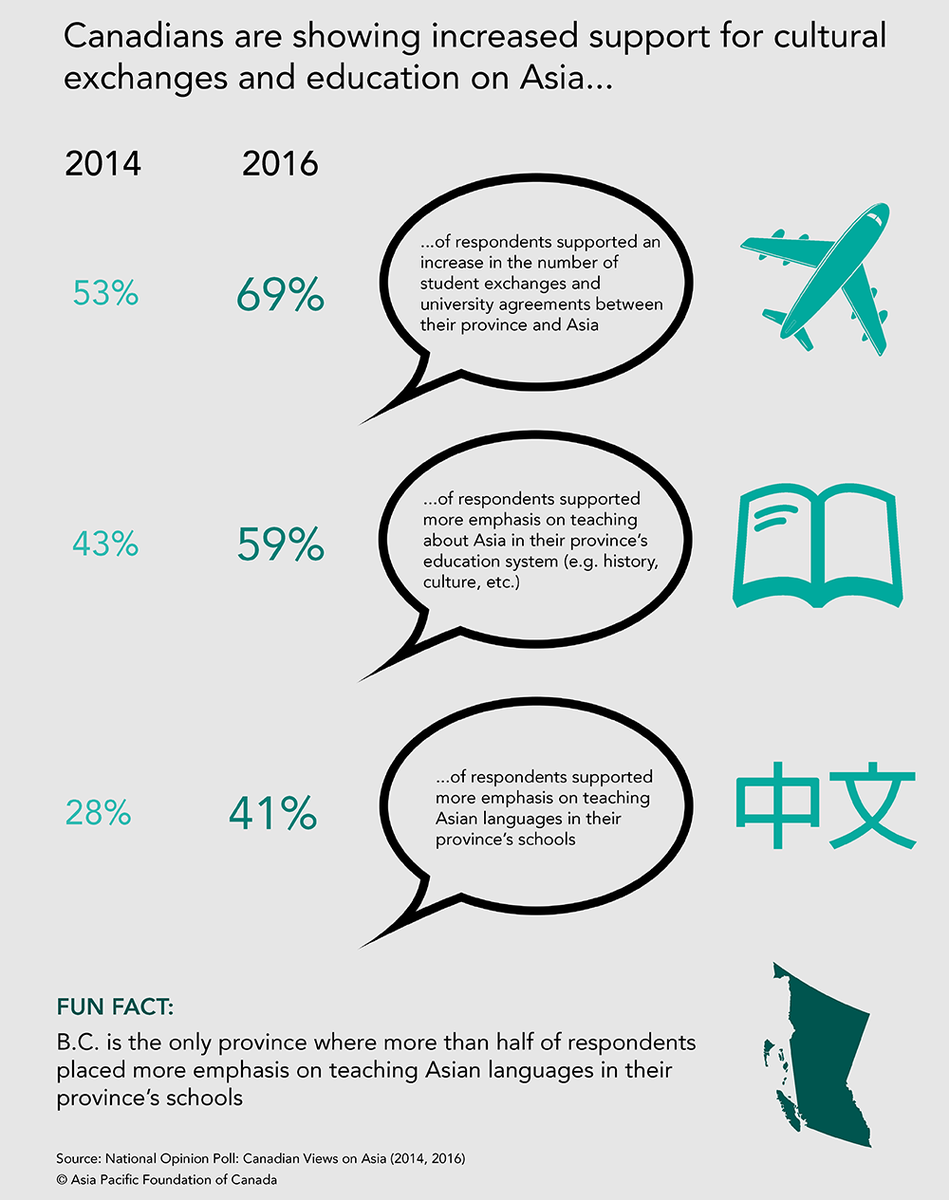 The 21st Century as the “Asian Language Century”

It is no surprise that Asian language skills are becoming more vital than ever for businesses and governments. One of the most in-demand foreign languages is Mandarin Chinese. In 2014, there were over 100 million foreign speakers and learners of Mandarin around the world. This number is expected to increase as more and more businesses realize the untapped market opportunity beyond the big, cosmopolitan cities like Beijing and Shanghai – cities where English-language capability should not necessarily be taken for granted.

And as China continues to reduce the importance of English language education in its own schools, the need for Mandarin-speakers outside of China will grow even more. Now is a pivotal time for Canada to raise its Mandarin competency in preparation for the changing dynamics of Canada-China relations. 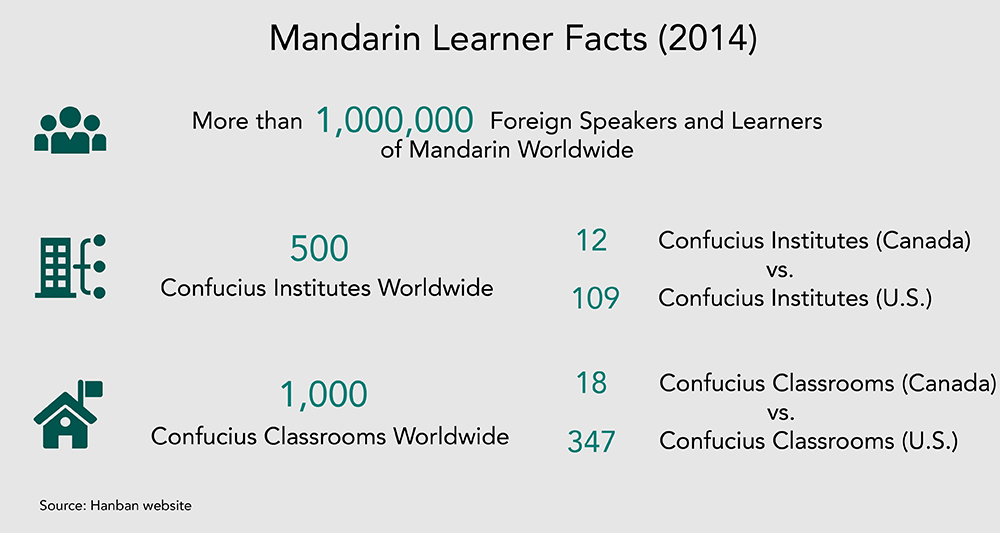 Roughly one in five people in the world speak Mandarin as their first language. Some countries—such as Australia and the United States—have already mobilized nation-wide efforts to become more competent in this global language, while others are waiting on the sidelines. Unfortunately, Canada is one of the latter. The authors of the 2013 Asia Competence Task Force, a joint APF Canada/Munk School of Global Affairs intiative,  concluded that Canada’s Asian-language programs are too few or too small-scale, but did note that there are some exciting and impressive initiatives that signal that some schools and governments are responding to this growing demand. For example:

The B.C.-China Award for Excellence in Chinese, introduced by the British Columbia Ministry of Education in 2015, encourages students in B.C. to study Chinese language and culture by offering a C$500 scholarship to winners of the award.

Alberta introduced a similar program in 2013 called the China-Alberta Award for Excellence in Chinese. In fact, Alberta, specifically, Edmonton Public Schools, is home to one of the strongest K-12 Mandarin bilingual programs in North America.

Asian-language initiatives in other countries, while often considered competition for Canada, should instead be seen as a wealth of ideas and best practices. For example:

Since the late 1980s, Australia has realized the connection between competency in Asian languages and the country’s economic growth. Since then, a number of noteworthy initiatives have been introduced, such as the National Asian Languages and Studies in School Program through which Chinese (Mandarin), Indonesian, Japanese, and Korean languages were all introduced into school curriculums (Hindi and Vietnamese were later added).

New Zealand’s Asian Language Learning in Schools Program provides funding and support to schools interested in setting up new, or strengthening existing, Mandarin, Japanese, and Korean language programs. The government committed a total of NZ$10 million (roughly C$9.45 million) over 5 years to increase the number of students learning these languages.

Similarly, over the next five years, the government of South Africa is planning to increase the number of schools offering Mandarin as a second language from 15 to 500.

Speaking another language in addition to Canada’s two official languages—English and French—should not be seen as a challenge to learn, but rather “a doorway to understanding.” Other countries around the world are realizing how important Mandarin, as well as other Asian languages, will be to opening this doorway, and governments are acting quickly. Likewise, increasing the number of Mandarin and Asian language speakers in Canada will be of great benefit to Canadians, businesses, the economy, and diplomatic relations.

If you are interested in learning or improving your Mandarin skills, take a look at these resources: