Bridging the Cultural and Economic Gap in Canada-China Relations: A Dialogue with Chinese Business Diaspora in Canada

Based on the findings from the Asia Pacific Foundation of Canada’s 2016 National Opinion Poll (2016 NOP), Canada-China relations remain complex and multifaceted. On the one hand, Canadians have begun warming up to China and view China’s rise as an economic power increasingly as an opportunity rather than a threat. On the other hand, however, relative to Canadian attitudes towards other countries in the Asia Pacific, positive feelings towards China are still relatively low.

Over the years, one of the main issues that has continued to fuel apprehension amongst Canadians is Chinese investment into Canada. Survey respondents in the 2016 NOP have indicated that Chinese investment is as much an issue of economics as it is a concern over culture. There is a pervasive sense of mistrust amongst Canadians towards investment activities by the Chinese government, and 46 per cent of Canadians worry that China’s increasing presence in Canada is a threat to the country’s values and way of life. However, with Prime Minister Trudeau’s recent visit to China and Chinese Premier Li Keqiang’s Canada tour shortly thereafter, Ottawa is moving towards increasing its ties with Beijing. The reality for both sides of the Canada-China relationship is that closer bilateral co-operation is certainly in the cards.

Having a Dialogue on Canada-China Relations

Fifty per cent of NOP 2016 survey respondents have indicated that access to more information could help persuade them to support closer co-operation with China. This demand for more information is a two-way street — potential investors and entrepreneurs from China are also seeking more informational resources to help better understand how to best tap into the Canadian market, and to get a glimpse into the development of the Canada-China business relationship overall.

In response to this demand, APF Canada and the Jack Austin Centre for Asia Pacific Business Studies at Simon Fraser University's Beedie School of Business have co-hosted a series of dialogues between seasoned Canadian businesspeople and industry experts with newly immigrated Chinese entrepreneurs to Canada. The aim of these dialogues is to help new immigrants to Canada understand the Canadian business environment and culture, while bridging a gap in communication between new-comers and local communities. 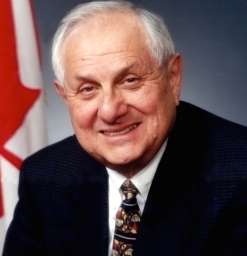 The latest instalment of this series was held in October 2016 under the banner, “The Prospect of Canada-China Relations.” The main speaker for this event was the Honorable Jack Austin, former Canadian politician and the longest serving member of the Canadian Senate, representing British Columbia for 32 years. Quite fittingly, Austin’s political career took off at the same time Canada’s relations with the People’s Republic of China (PRC) began to bud under the Pierre Trudeau Government in the early 1970s. As a member of the first Canadian Trade Mission to China in 1971, Austin witnessed firsthand the beginnings of Canada’s economic and diplomatic relations with the PRC. With a long and prolific career in both politics and business, Austin’s talk offered rich insight into the development of Canada-China relations to-date. Several points were highlighted in Austin’s talk, including cultural differences, the evolution of Chinese business practices, and common misconceptions of investment from China.

Opening his talk, Austin explained that one of his goals for the session was to bring this often-complex relationship and inaccessible conversation to the general public. Or in his words, “to bring the conversation down a couple thousands of feet” for the business communities and general public from both sides. In the first segment of his talk, Austin recounted his numerous experiences in China and his engagements with political figures and businessmen from both China and North America. From his anecdotes, two themes emerged: difference and evolution. While the former pertains to the differences between North American and Chinese business systems and entrepreneurship, the latter encapsulates the evolution of the Chinese business culture and investment strategies to adapt to the global market.

Austin noted that the biggest difference between the Chinese and North American business systems is cultural. Business in North America is a matter of numbers and objectivity. In Canada, the business environment runs on the logic of making profitable transactions and trust is built into the system through a robust set of legal, judicial, and accounting institutions staffed by objective professionals loyal to the client. In China, Austin argued that there is no standardized and objective method for dispute settlement built into the Chinese system; trust was traditionally built into the system through personal relationships and notions of reciprocity. Although China’s business system dates back thousands of years while Canada’s has only been two centuries in the making, China’s integration into the global economy has meant that businesses needed to evolve their practices to better integrate into the larger system – and to find the best business practices when investing into countries like Canada.

Differences in culture should no longer be a barrier to co-operation between Canada and China, Austin argues. Today, he notes, the Chinese business environment and practices have evolved tremendously from what he witnessed in his earlier visits to and dealings with China. Overseas Chinese businesses and entrepreneurs are using the same business practices that have been keeping Canada’s business environment afloat, and rely on the same professional and objective services that are built into the system. This evolution was hastened with China’s membership in the World Trade Organization in late 2001, and is evidenced by the fact that China is taking on an increasingly large role in global economic and developmental forums. Closer to home, the evolution of China’s business environment continues with investment into Canada and by the growing community of newly-immigrated Chinese entrepreneurs hoping to succeed in Canada.

Returning to the 2016 NOP, while relatively receptive towards private investment, the vast majority of Canadians are still very suspicious of investment from China’s state-owned enterprises (SOEs). During the question and answer session that followed Austin’s talk, one of the audience members raised the issue of the Canadian federal government’s restrictions on investments made by SOEs. In his response, Austin made an interesting point: although there is certainly a distinction to be made between investments from private companies and SOEs, there is also one to be made between the different kinds of SOEs. A commonly overlooked fact is that there are actually two different types of SOEs: state-directed and state-owned. While the former functions as part of a country’s political strategy, the other operates within the scope of the country’s commercial strategy.

The fear of SOE investment stems from the notion that there is a strong government agenda attached to commercial processes. Austin argues that this is only the case for state-directed enterprises, which do operate according to a more prominent political agenda by the state. By comparison, enterprises that are only state-owned, but not state-directed, function totally as commercial enterprises. The only difference between this form of SOE and a private company, in Austin’s view, is that it has party secretaries as part of its governance system. These party secretaries act more as a liaison between the state and the company, rather than a direct participant in the business decision-making processes. 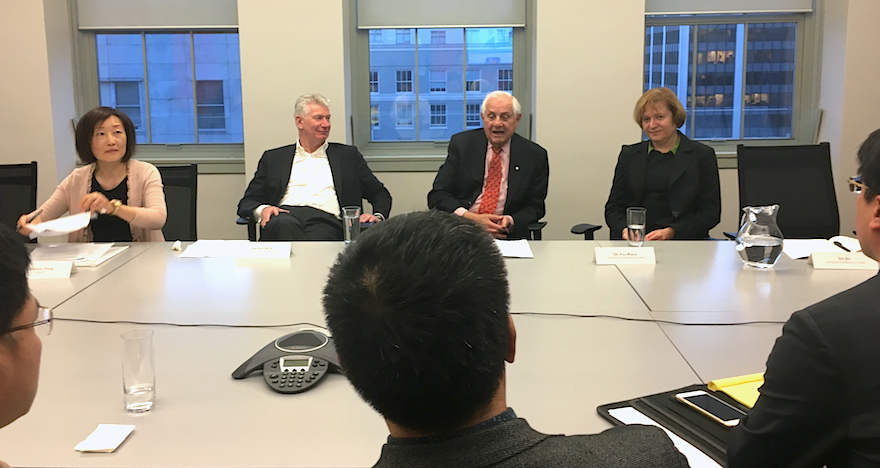 Drawing parallels between this form of Chinese SOE and Canadian crown corporations, like PetroCanada, Austin argues that it is predominantly this form of SOE that already operates in Canada. Making this distinction between state-owned and state-directed enterprises can help remedy some misconceptions about Chinese investment. According to Austin, in light of the polices implemented by the previous Canadian government to restrict Chinese SOE investment into Canada, this SOE distinction is worth making at the level of government as well, if greater economic exchange with China is on the horizon for Canada.

Two decades ago, China may have seemed far and removed from our cities and shores. But now, with greater economic globalization, more immigration, and enhanced transportation linkages, the distance between Canada and China is closer than ever, and there is much untapped potential in closer Canada-China collaboration. At the same time, if the Trudeau government is moving towards signing more deals with China, Canadian companies should try to make use of this opportunity and tap into the large consumer market in China as well. For instance, China’s new and booming e-commerce industry, championed by Jack Ma’s Alibaba and its subsidiaries, can be a point of entry for small and medium enterprises in Canada looking to expand their markets while avoiding traditional operational costs and relocation difficulties. And with their understanding of the business systems, values, and market demands from both sides of the Canada-China relationship, a better-integrated Chinese business diaspora in Canada can stand as both a cultural and economic bridge for current and future enterprises.

As indicated in a previous blog post, nearly half a million immigrants from China came to Canada between 2000 and 2014. Like the audience at Austin’s talk, many of these newcomers are economic immigrants, meaning they have the skills, entrepreneurial spirit, and abilities to contribute to the Canadian economy. Noting this potential to reinvigorate our economy, Canada’s Immigration Minister John McCallum stated earlier this year that immigration figures are set to rise. In light of this, it is not enough for government bodies and policies to be more accepting of Chinese capital and immigration; a discussion needs to be had at the public level between local communities and newly-immigrated Chinese-Canadians as well in order to facilitate the acceptance and integration of new-comers into our diverse Canadian culture.