Earlier this week, “construction talks” began on expanding the traditional Chinese door painted in red that is wide open for Chinese international students interested in studying in Canada. The end product is expected to be much larger: a paifang gateway, which often marks the entrance of a Chinatown. On Sunday, Canada’s Immigration Minister, John McCallum, landed in China to begin talks on accepting more Chinese students into Canada. Some 120,000 Chinese students are already studying in the country, and the Canadian government hopes to increase the number, perhaps even double it. 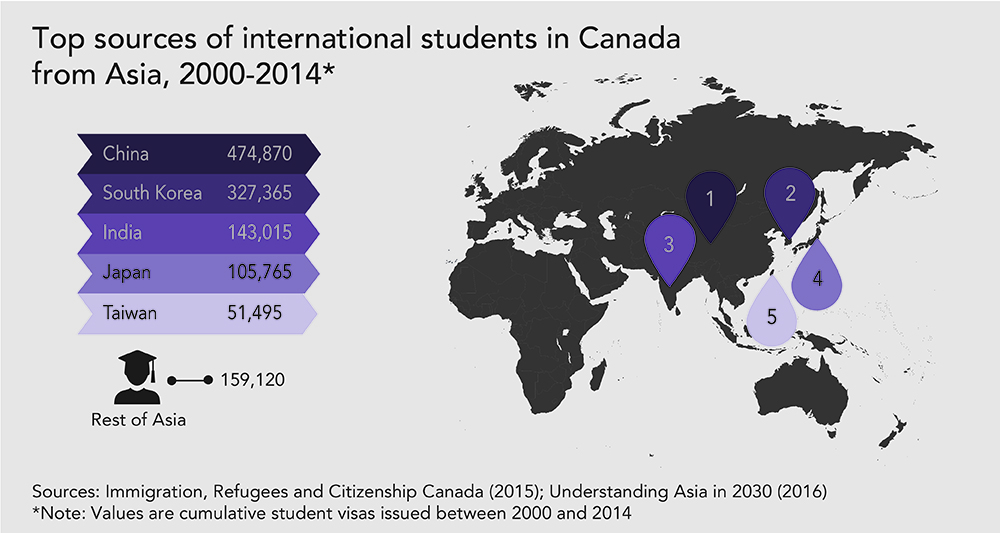 Canada’s internationally renowned and affordable education attracts many of these students from the Asia Pacific. The 2015 Agent Barometer survey, which is the most comprehensive survey of education agents, ranked Canada as the top destination for high-school/secondary school education, and second for vocational diploma/further education, undergraduate study, and graduate/post-graduate study. The primary destinations in Canada for Asia Pacific students are Ontario, British Columbia, and Alberta because of their world-renowned universities, as well as the large Asian diasporas in those provinces. From 2000 to 2014, more than half of international students from the Asia Pacific (672,140) went to these three provinces to study. 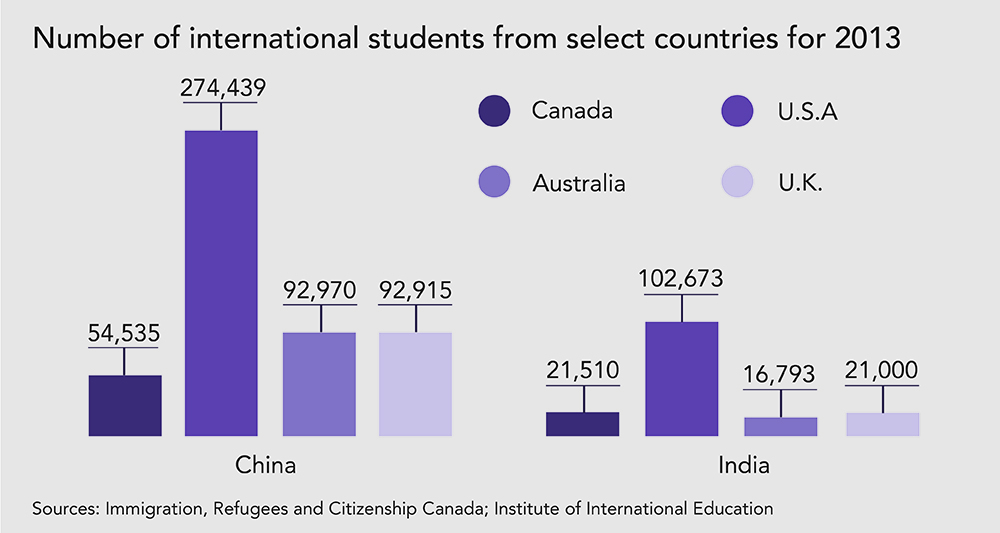 According to Canadian Bureau for International Education’s 2014 report on international education in Canada, the majority of international students are satisfied with their time in Canada. Many choose Canada because of its image as a tolerant, non-discriminatory society, and are able to experience this in their university and community. Even so, a number still struggle with finding accommodation, cultural and racial sensitivities, and integrating with their Canadian peers. Compared to an international student from an English- or French-speaking country, international students from the Asia Pacific are more likely to encounter these difficulties, and to a greater extent, because of the more apparent differences in culture and language. 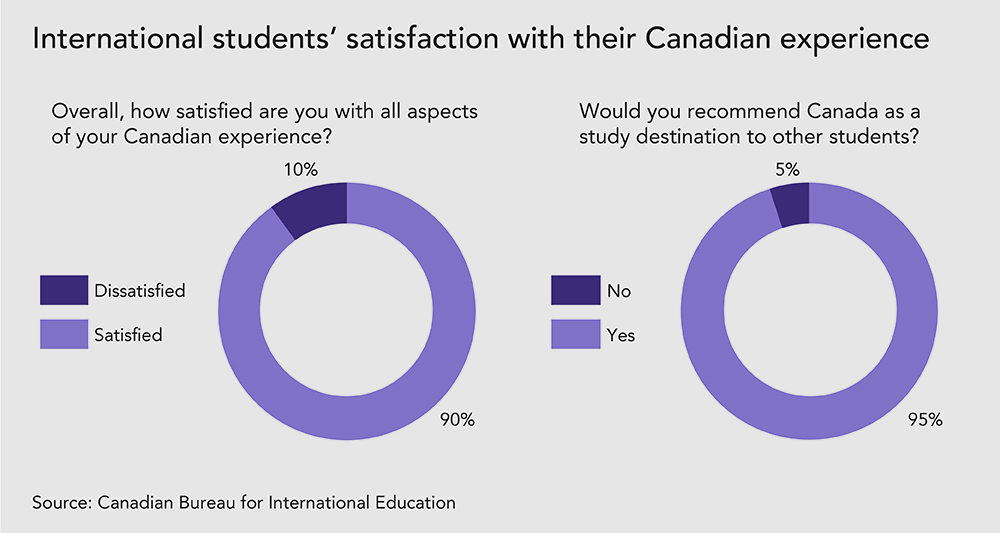 Canadians studying in the Asia Pacific

Student mobility is a two-way street. Asia Pacific international students who come to Canada can encourage Canadian students to forge ties with countries in the region and perhaps even visit, study, or work there. Vice-versa, Canadian students who go abroad to an Asia Pacific country, whether it be South Korea or Malaysia, can promote Canada to potential international students, as well as come back with a more globalized mindset.

Yet, this two-way street is merely an illusion in Canada. Only three per cent of full-time undergraduate students in Canada participate in study abroad programs. Traditional study abroad destinations like the U.S., U.K., France, and Australia remain high on Canadian students’ lists of where to study; the number of Canadian university students going to the Asia Pacific is particularly low as a result. At such a pivotal time for the region, Canada could benefit from having more Canadian students study in the Asia Pacific.