Gaining a Better Understanding of Asia Pacific Investment in Canada (Hint: It Starts with Data)

Foreign investors in Canada are once again on the public radar. This time, concerns are being voiced about the scale, scope, and terms of investments from China. The purchase of Montreal high-tech firm ITF Technologies and Vancouver-based Retirement Concepts by Chinese-owned companies in recent months is fuelling debates around whether more Asia Pacific investment in Canada is a good thing – and whether the Canadian government should be seeking to attract more, especially from China.

These are complex issues made more difficult by the fact that accurate data on investment flows is limited. While the Canadian government has sought to provide information, confidentiality requirements of the Statistics Act only authorize the government to make public a partial amount of the information on Canadian investment ties with the Asia Pacific. As a consequence, data for investments from many economies is unavailable, provincial and/or municipal breakdowns are non-existent, ultimate sources and destinations of investments transferred via third-party economies are difficult to accurately identify, and distribution across industries is heavily aggregated by regions and not economies.

These are complex issues made more difficult by the fact that accurate data on investment flows is limited.At the same time, Canadians’ perception of Asian investments is colouring the reality behind them. In a survey conducted in 2015 by the Asia Pacific Foundation of Canada (APF Canada) on Asian investment in Canada, Canadians estimated that foreign direct investment from China made up 25 per cent of Canada’s total investment, when the actual figure at the time was closer to three per cent. This misperception is also linked to negative opinions associated with Chinese investment in Canada, as Canadians who overestimated the value of this investment were more likely to say Canada was allowing “too much” investment from the socialist economy.

Without detailed information on investment relations between Canada and the Asia Pacific, it makes it difficult to make evidence-based policy decisions or have an informed public debate on Asian investment in Canada.

The first year’s results are in, focusing on investment flows from the Asia Pacific into Canada. The Investment Monitor shows that Asia Pacific investment into Canada has grown increasingly in spurts from 2003 to 2016, amounting to $103.76B. Seventy-seven per cent of the value of the investment from the region came from China, Japan, and Australia.

While 70 per cent of the value of Asia Pacific investment has been tied to Canada’s natural resources, such as agriculture, forestry, energy, and mining and chemicals, 64 per cent of the number of deals are not in natural-resource-based industries, but rather in consumer goods and services, finance, industrial goods and services, and technology, and others. This shows that Asia Pacific investors are interested in more than just Canada’s natural resources.

The majority of SOE investment is concentrated in a few large deals in natural-resource-based industries.Provincially, the four provinces with the largest economies – British Columbia, Alberta, Ontario, and Quebec – receive the most Asia Pacific investment, while little investment has entered Canada’s Prairies, Atlantic provinces, and territories.

When it comes to state-owned enterprise (SOE) investment, it not surprising to see that SOEs account for 57 per cent of the total investment value, but only 24 per cent of the number of deals. This is because the majority of SOE investment is concentrated in a few large deals in natural-resource-based industries.

In subsequent years, the Investment Monitor will highlight the presence of Canadian foreign direct investment in the Asia Pacific and the unique role cities play in attracting and providing investment capital. The importance of getting better data on our investment relations with the Asia Pacific is clear: with more information, Canadians can better understand how investments at home and abroad are connected to our economy. When the next debate emerges on whether Canada should accept a large investment from Asia, we will at least be able to start with a better understanding of the underlying data. 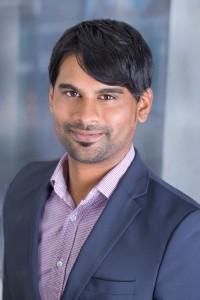 Justin is Program Manager, Trade, Investment, and Innovation at the Asia Pacific Foundation of Canada

Video: What is Canada's Role in Saving the Global Trading System?