The Lure of the Aurora: Canada's North and the Asian Traveller

Blachford Lake Lodge in Northwest Territories is an off-the-beaten track tourist destination that has found success with Asian travellers. We caught up with Katherine Johnson, the sales and marketing manager at Blachford, to learn how the lodge has attracted visitors from the rapidly growing tourist markets of Asia. Before taking up her current role, Katherine spent a decade running polar bear tours in Churchill, Manitoba. Over the years she has seen a shift in the main international tourist markets in both NWT and Manitoba from Germany and the United Kingdom to the Asia Pacific.

Katherine tells us that the lodge began attracting an increasing number of travellers from Asia starting around the year 2000. Now, about 40 per cent of Blachford’s guests are inbound from the Asia Pacific. 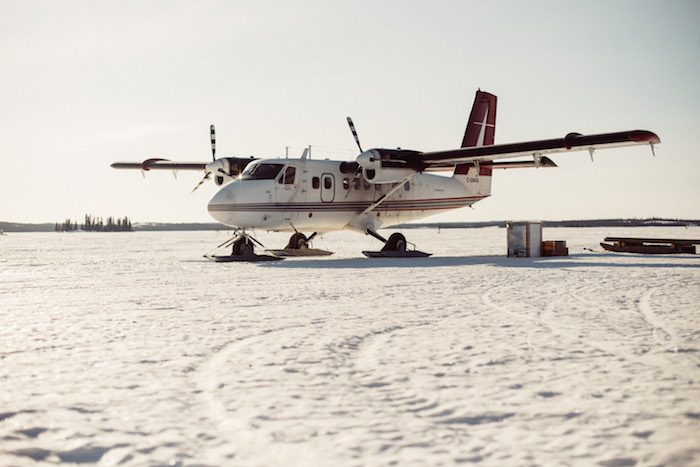 With Canada officially approved as a Chinese tourist destination in 2008, and with 2018 being designated by Ottawa and Beijing as the ‘Canada China Year of Tourism,’ Blanchford Lake Lodge is a useful case study in what it takes to leverage such initiatives to increase Asian tourism to Canada.

Tell us about Blachford Lake Lodge and how it has grown over the years.

The lodge sits nestled on the western banks of Blachford Lake, a 30-minute bush plane flight east of Yellowknife, Northwest Territories. It is a year-round eco-lodge, situated on the traditional territory of the Dene people, that relies on wind and solar power, has its own greenhouse, and pumps and filters water from the lake, offering its guests a northern wilderness experience. 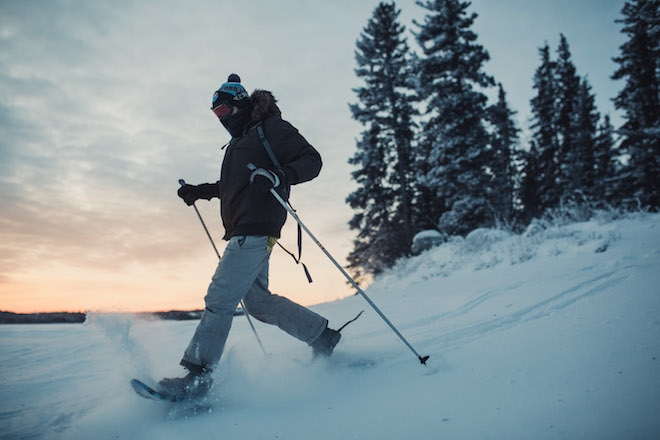 The lodge has been in operation since owner/operator Mike Freeland bought one lodge in 1981 with the idea of creating a vacation site. Blachford expanded in 1999, and today has five cabins that can accommodate up to 35 people.

Blachford has moved with trends in tourism over the years and now operates year-round. Our main specialty is aurora (borealis), or northern lights, tourism, which has two seasons. One is from mid-December to mid-April, after which the 24-hour sun makes it too bright to see aurora. Around mid-August the darkness returns, sparking the second season, which lasts until mid-October. Since the lodge is far enough away from large sources of artificial light, spectacular aurora are visible right from the lodge. 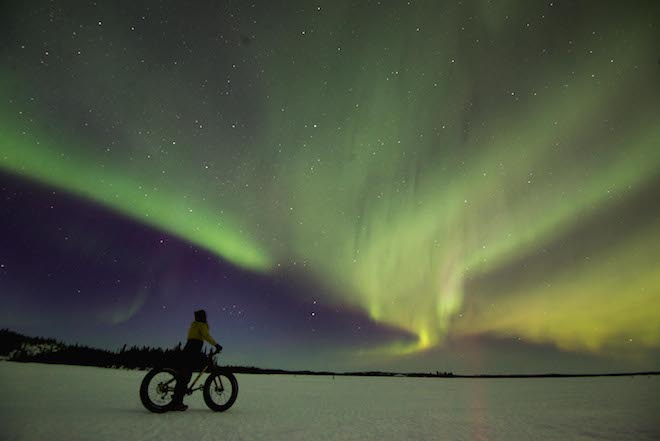 During the shoulder seasons we provide lodging, food, and out-camps for educational programs such as those from Dechinta Centre for Research and Learning or other Indigenous youth organizations like Arctic FOXY and Northern Youth Leadership. Dechinta, which is accredited by the University of Alberta, runs six-week-long programs on First Nations traditional training, ethics, land claims, bead weaving, and the like.

Where in Asia are your travellers coming from?

Our main markets in Asia are China, Hong Kong, Japan, South Korea, Taiwan, and Australia. Since there are flights from Calgary and Edmonton to Yellowknife that can be booked on short-term notice, direct flights to these cities, such as the Tokyo-Calgary direct flight, have increased tourists from Asia. In short, transportation routes and gateways play an important factor in our clientele.

Do Asian clients differ from other travellers in terms of their interests? If so, how do you try to accommodate them?

Culture can be a challenge, but essentially Asian tourists are the same as other tourists when you get to the roots of why they travel. For example, travellers, including those from Asia, fit into one or more of the many tourist profiles . . .  described by Destination Canada, such as “cultural explorer” or “rejuvenator.” So a lot of our work comes down to understanding tourist profiles in addition to culture.

For example, Asian tourists used to favour group tours, but many are moving toward what we call free-independent travellers. Most of our guests are so-called bucket list travellers. They want to be able to say they did something or saw something – they saw aurora, experienced cold weather, and saw the North. Bucket list travellers used to be retirees but now we’re getting junior executive-types and younger travellers. 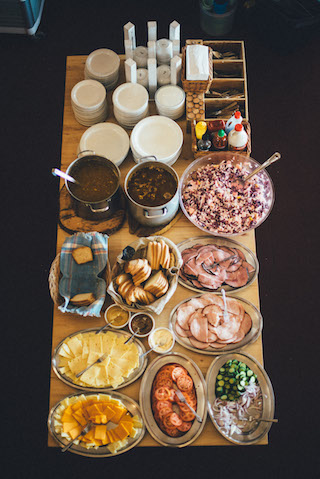 When you’re in the hospitality business, you have to figure out what makes people happy and comfortable. We know that our guests want to try new things and that the cultures of our guests may differ. We believe that it is always good to have comfort food, so in the case of our clients from Asia we always have hot food for every meal and offer things like soup and noodles for breakfast. We also have staff that can speak Mandarin and Japanese.

What do you find to be the most effective ways of promoting your company in Asia? What are the challenges?

To advertise, we work with Travel Trade, which publishes print brochures and materials, and also rely on booking engines, wholesalers, and travel agencies. Our marketing strategies have moved with the trends from print media to online advertising. Marketing has been relatively easy in Japan and Korea through Facebook, but in China we don’t have that option, so we are hoping for training on how to advertise in China and how to reach this market better, possibly through WeChat or something similar. 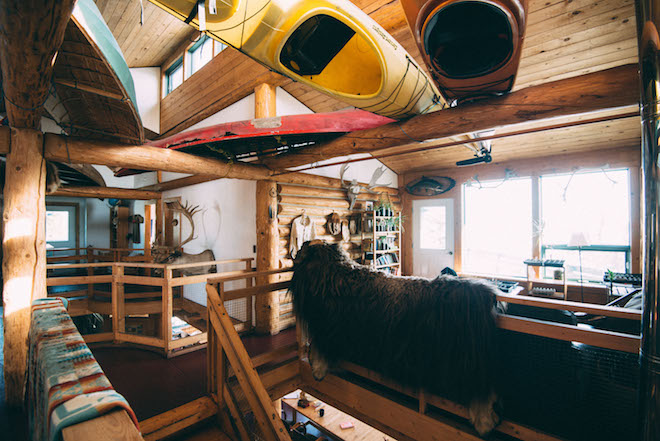 Over the last few years we have also participated in Canada’s Rendez-vous Canada and trade shows in Japan and China. In June we participated in a federal government trade mission with Northwest Territories that brought us to Beijing, Shanghai, and Hangzhou.

Your lodge is located on the traditional territory of the Akaitcho Dene, made up of the T’atsaot’ine and Chipewyan First Nations. How do your Asian travellers get a chance to learn about and experience of First Nations culture? 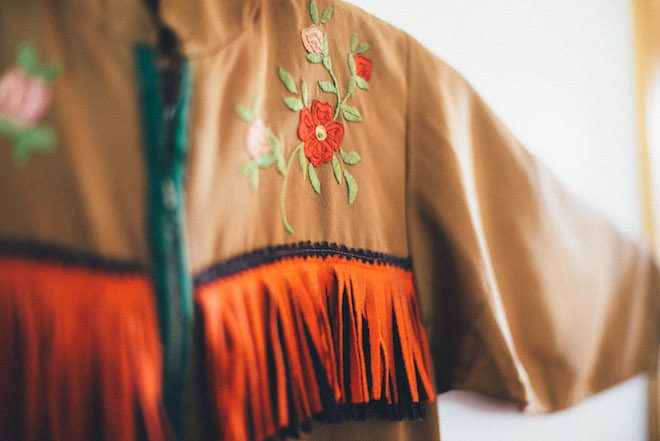 Dechinta and other Indigenous organizations use the lodge during the shoulder seasons. We also try to incorporate Dene culture into our tours during the aurora tourist seasons as well. Our Asian guests love it. We hire local Dene people as guides for ice fishing and on the land, for harvesting gum from fir trees in the spring and making birch bark canoes. For Dene it is a sense of pride as the lodge sits on their traditional territories.