According to figures provided by the UN’s Food and Agriculture Organization (FAO), 9.2% of China’s population is undernourished. Although China has made tremendous strides in bringing this figure down from the staggering 24.5% in 1991, this still means that 133.8 million people in China remain undernourished. This is not just an issue of spreading adequate quantities of food across the population; food quality has also been flagged as a high priority concern by the central government. In other words, food scarcity is not a localized problem afflicting the most vulnerable of populations, but rather the safety and nutritional value of food put on the dinner table is a real concern for the country’s entire population, regardless of socioeconomic status and background.

Based on the FAO’s official definition, food security includes a country’s ability to provide its people with safe food, satisfy each person’s essential nutritional needs, and install resilient and sustainable food production systems. For China, one of the biggest challenges currently confronting the country’s food security situation is rooted quite literally in China’s soil.

Smog usually takes centre stage during discussions of China’s pollution or environmental challenges. However, creeping right behind the rising severity of China’s poor air quality is the deterioration of the country’s water and land; over 80% of ground water in China is contaminated by heavy industries and industrial farming. At the same time, it is these polluting industries and farms that rely on these now-heavily polluted water sources. This has led to the contamination of China’s arable land and by extension, the penetration of pollutants into the food chain.

An official study conducted from 2005-2013 showed that 19.4% of all China’s arable lands have been heavily contaminated by toxic heavy metals including arsenic, nickel, cadmium, and lead. Proximity of farmlands to contaminated water wells and heavy industries has caused the bioaccumulation of inorganic pollutants in the soil, pollutants that are then absorbed by food crops. Not only does this have an irreversible effect on the ecological vitality of arable lands, but it also produces lasting effects to human health when contaminated crops are consumed.

In 2013, rice crops produced in Hunan Province were found to be heavily tainted by cadmium, a toxic metal linked to kidney failure and skeletal problems. The toxins, products of industrial pollution, made their way into waterways that were diverted into surrounding rice paddies. When news broke about the contamination, all rice imports from Hunan were banned in Guangdong Province, formerly the largest domestic consumer of Hunan-grown rice. Up until 2014, 11% of China’s rice production came from Hunan, meaning that the now infamous “rice scandal” was a concern for consumers country wide, as well as a detriment to the livelihoods of Hunan’s rice farmers.

China Daily reported that the area of contaminated land in 2013 was the same size as Belgium. This sounded alarms for the central government, as the total amount of arable lands still safe for farming barely skimmed the national food security “red-line.” A dilemma that the central government faces is whether to continue growing crops on tainted soil and risk another “rice scandal,” or to allow the contaminated farms to lie fallow and risk a decrease in agricultural yields.

For years, the central government has equated food security with food self-sufficiency – to ensure that China can produce enough staple grains to feed its own people. But over time, environmental concerns – and not to mention, the large quantities of grain demanded by China’s growing industrial meat production industries – have caused major revisions to Beijing’s grain output and food import targets. In alleviating the burden of the approaching “red-line,” the task of securing safe grains and other foodstuff could benefit from looking beyond traditional food systems and agricultural practices, and towards more sustainable and innovative technologies of food production.

China’s recent acquisition of Syngenta and decision to formulate a law on genetically modified (GM) foods indicates that the country is looking increasingly to innovate itself out of its food production challenges. If properly regulated, GM crops and other agri-chem innovations can play a big role in ensuring seed diversity, crop resiliency, and even environmental regeneration. However, in light of recent high-profile food scandals – such as exploding watermelons and melamine-tainted infant formula – there is understandably a lot of public opposition and mistrust towards “freaky” GM foods and China’s agri-chem/agricultural technology sectors in general. Before growing and introducing new crops, the first task is to build confidence and cultivate trust. This culture of trust within China could benefit from the cultivation of stronger bonds beyond China’s borders with countries like Canada.

With very strong financial backing by the government, and readily available resources – human, financial, and natural – not to mention a globally renowned reputation in food safety, Canada is already considered a forerunner in agri-foods and agricultural technological innovation. Canadian innovations and initiatives like soil “fingerprinting,” and the recent SHAD program on Food Security are examples of how Canada is committed to creating more sustainable solutions to agriculture and food production systems. 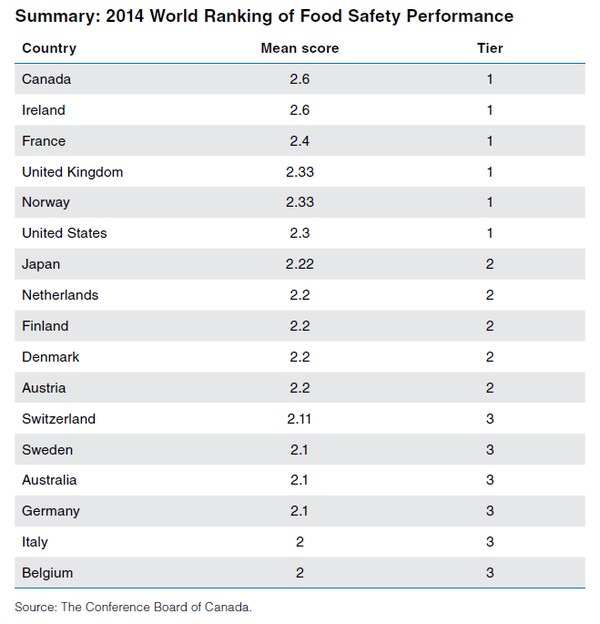 In fact, Canada’s strengths and influence in these areas are well recognized by Beijing. Many Chinese governmental agencies and ministries — including the Ministry of Agriculture, the Ministry of Science and Technology, and the Ministry of Education — already have well-established ties and partnerships with Ottawa. This has been achieved particularly through what Agriculture and Agri-Foods Canada (AAFC) calls "targeted collaboration.” Platforms like the Canada-China Joint Committee on Science and Technology have been facilitating the exchange of knowledge and technological expertise between the two countries, prioritizing research and development in agri-food and genetics and genomes.

Sino-Canadian collaboration has already proven fruitful. One example is the identification of a new “superstar rice crop” by a team of scientists at the University of Toronto and the Chinese Academy of Social Sciences. This “superstar rice crop” has proven to cut down on both pollution and production costs for farmers. According to lead scientist on the project, Dr. Herbert Kronzucker, “everyone wins” with this “responsible plant” – and the potential is there for this discovery to inform new and more sustainable rice-growing strategies in Asia.

Similarly, Canadian farmers have recently begun to grow and market a unique variety of oat as a much more nutritious and environmentally friendly replacement for rice: the Cavena Nuda, otherwise known as the “Rice of the Prairies.” In fact, Beijing has bestowed two rare honours on the founder of this oat variety, retired AAFC researcher and Order of Canada recipient, Dr. Vern Burrows. Throughout his career, Dr. Burrows has worked in collaboration with Chinese scientists and agricultural centers to develop oat varieties adapted to different climate and soil conditions, creating economic opportunities for local farmers and improving food security. Known as Dr. Oats in Canada, and the “second Norman Bethune” to China, Dr. Burrows has helped strengthen ties between China and Canada through agricultural innovation and international scientific collaboration.

Food insecurity is a challenge that impacts all countries, including Canada, and working towards achieving food security requires the collective effort of all communities and economies. In light of Canada’s strengths in the sector perhaps now is the time for Canada to revamp its global food security strategy to help create more resilient food systems in China and beyond, and to help move the global community one step closer to achieving a world with ‘Zero Hunger.’