In an Age of Crisis, Canadian Engagement Abroad Needs an ‘Ecosystem Approach’

The crisis in Ukraine has fuelled further debate over the future of international co-operation and multilateralism. The fact that institutions like the United Nations, NATO, and others were unable to prevent or halt the outbreak of war and have struggled to respond quickly and effectively to this global crisis raises serious questions about the effectiveness of internationalism to solve the world’s problems.

A similar debate also arose in early 2020, when global institutions struggled to mount a collective response to an emerging pandemic. Today, as public health orders are lifted, Canadians must not lose sight of the lessons that international co-operation during COVID-19 can offer. In the face of current and future crises, how can we cultivate stronger multilateral relationships across multiple levels of government and society to address pressing global issues?

A key driver of this early success is that the region is home to an ‘ecosystem’ of international co-operation operating from the highest echelons of government to the grassroots level of civil society. In stark contrast to the deadlock in global institutions like the World Health Organization (WHO), many international organizations in the Asia Pacific responded adaptively and collaboratively to the changing realities of the pandemic.

If Canada intends to renew the promise of multilateralism, we need to learn from the strengths demonstrated in the Asia Pacific during the early days of the pandemic. Indeed, Canada should pursue an ‘ecosystem approach’ to global engagement in preparation for future crises. Such an approach would emphasize deep and broad collaboration with a wider variety of governments, international and regional organizations, and civil society networks in the Asia Pacific and beyond. It would require nothing less than a sea change in our attitude toward our relationship with the world.

An ecosystem of pandemic response in the Asia Pacific

Before the pandemic, the Asia Pacific was already home to a robust ecosystem of regional forums, comprising everything from intergovernmental institutions such as the Association of Southeast Asian Nations (ASEAN) to transnational grassroots networks like the Asia Indigenous Peoples Pact (AIPP). Often criticized for being too informal and heterogenous, this “complex patchwork” of overlapping institutions has nevertheless developed a range of mechanisms to address regional socioeconomic, public health, and security issues.

When the novel coronavirus appeared in early 2020, these mechanisms quickly adapted to meet the emerging health threat. Indeed, many of these organizations jumped into action days and even weeks earlier than the WHO and countries such as Canada. The formal ASEAN network for public health officials began discussing reports from Chinese epidemiologists as early as January 3. Meanwhile, a collaborative task force in the Pacific Islands launched on January 28 to co-ordinate the delivery of COVID-19 technical support and testing equipment for the entire region.

Regular channels of communication and existing regional architecture were also leveraged to develop new programs specifically targeted at the pandemic. The Pacific Islands Forum (PIF) invoked a regional security declaration to streamline the delivery of humanitarian  supplies amid the collapse of the global commercial airline industry. And building on its existing plan for responding to natural disasters, ASEAN created a new strategic framework for public health emergencies. It also raised millions of dollars to build a new infectious disease centre, a COVID-19 response fund, and a regional reserve for medical supplies.

Even rival governments and organizations converged to amplify the resources available to fight COVID-19. Capitalizing on their domestic strengths, China, South Korea, Japan, India, and Taiwan went on a donations blitz across the region and proactively shared their best practices with other public health authorities. These “health diplomacies” were more than competing campaigns for influence – they were also collectively a boon for the availability of critical supplies throughout the region.

And as APF Canada Distinguished Fellow and University of B.C. Professor Yves Tiberghien noted in his August 2021 book, The East Asia COVID-19 Paradox, the Japan- and U.S.-led Asian Development Bank and the China-led Asian Infrastructure Investment Bank jointly funded pandemic response and recovery, injecting more money into vaccine procurement and emergency financing than either bank could have committed individually. Collaborations like these expanded pandemic-related funding and helped direct aid from global institutions such as the WHO and World Bank to where it was needed the most.

Still, many observers have rightfully criticized the inability of many of these formal institutions to sufficiently respond to the needs of the most vulnerable in Asia Pacific societies. Here, as researchers at the University of the Philippines have documented, robust civil society networks mobilized mutual aid and challenged the inaction of governments and regional organizations in meeting these needs. Indigenous advocacy groups like the AIPP have highlighted the impact of COVID-19 on Indigenous communities while providing rapid funding at the local level. A pivotal resolution in November 2020 on building an “alternative regionalism” based on civil society indicates the growing assertiveness and importance of grassroots organizations in the Asia Pacific.

Despite having different mandates and structures, each organization and network in the Asia Pacific played a vital role in the region's collective response to the pandemic. They often expanded beyond their areas of focus, worked together, complemented each other, or filled gaps left by others – a true ecosystem of international co-operation.

Toward an ecosystem approach

As a Pacific nation, Canada participated in this Asia Pacific ecosystem and its response to COVID as a dialogue partner at ASEAN and PIF summits and by co-chairing the Health Working Group in the Asia-Pacific Economic Cooperation (APEC). In previous years, Canadian funding helped establish a Southeast Asian network for responding to emerging biological threats. And during the pandemic, our government extended additional funding to the ASEAN COVID-19 Response Fund and an online regional portal for public health emergencies.

However, the bulk of Canadian pandemic engagement abroad was through traditional global institutions. Though our contributions to WHO-helmed initiatives like COVAX were vital, our absence from regional ecosystems that proved to be more proactive seriously impacted our ability to lead globally. In 2020, Canada attempted to convene a new Ministerial Coordination Group on COVID-19, which included major countries in the Asia Pacific and around the world. But this new grouping, detached from the surrounding ecosystem of international co-operation, ultimately failed to gain traction.

Domestic responses and policies in the region also played a crucial role in mitigating negative health and economic effects from the pandemic, as outlined in the five-part series to which our report belongs. In fact, during a crisis, there is often a predominant focus on domestic issues at the expense of global connectivity. And yet, we live in a world where a virus in Wuhan or a missile strike in Kyiv impacts everyday life worldwide.

In this sense, we already live in a global ecosystem. Canada’s foreign policy in Asia and beyond could better reflect this reality by focusing on further developing long-term partnerships, multi-sectoral collaboration, and mutual knowledge sharing to become a more integrated member of the Asia Pacific and other regional ecosystems.

An ecosystem approach to international co-operation means laying the groundwork today for the relationships and networks that will serve all of us, as Canadians and global citizens, in future crises. And it requires taking a broader view of how different aspects of global governance – security, public health, business, trade, finance, sustainability, energy, and natural resources – are fundamentally tied to and dependent upon one another. A shock to the system in one sector can carry a heavy toll for others.

Critics may point out that such an approach to foreign engagement is untenable due to budgetary or resource constraints. But the pandemic has shown that these ecosystems of international co-operation already exist and have succeeded where global multilateralism faltered. Canada merely needs to learn from this reality and adjust its international engagement accordingly.

The need for an ecosystem approach for Canada’s global engagement is perhaps the most critical lesson of the pandemic, and other major crises of our generation. Time will tell if leaders in Canada are ready to meet the challenge. 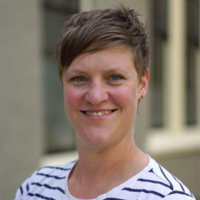 Natasha Fox is a Post-Graduate Research Scholar with the Asia Pacific Foundation of Canada. She holds a PhD in Geography from the University of British Columbia. Natasha's background is in geographies of natural hazards and disasters, LGBT movements, and contemporary Japan. 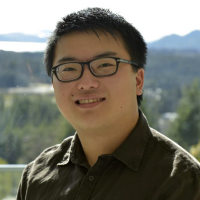 Quinton Huang is a Junior Research Scholar under the Engaging Asia pillar at the Asia Pacific Foundation of Canada. He received his A.B. in History and East Asian Studies from Brown University (U.S.).