With the objective of learning from the rich experiences and lessons that other countries have gained from small- and medium-sized enterprise (SME) export assistance programs, the Asia Pacific Foundation of Canada presents a new research report series, “Going Global.” To read the entire report, please jump to the blue download tab at the end of this piece.

Most Israeli exports are to developed countries. Over the last decade, the average growth of Israeli exports to developed countries was 7%. The Israeli Foreign Trade Administration (FTA) has defined several new “target countries” (developing countries that have high expected import growth rates): India, China, and Brazil. The annual growth rate of Israeli SMEs’ exports to China and India increased to 22% over the last decade.

The Indo-China Fund is a grant foundation started by the FTA to assist domestic firms in establishing a marketing presence in these countries. The NIS100M (about C$35M) fund participates in financing the operating offices, local recruitment of advisors, and/or expenses of sending Israeli delegates to the target country. Efforts taken to stimulate exports tend to be country-specific rather than uniform.

OBJECTIVES OF THE PROGRAM

This rapid increase in exports to developing countries in recent years has gained the attention of Israeli policy-makers. The FTA has defined a number of countries as “target countries” for exports. They negotiated and signed trade agreements with India, China, Ukraine, Chile, Columbia, and South Korea. They also designed programs to support their SMEs in increasing their exports to these countries. A key new program is the Indo-China Fund, where the administration invests in export-promoting activities to these two specific countries, which have the biggest economies of the target countries. 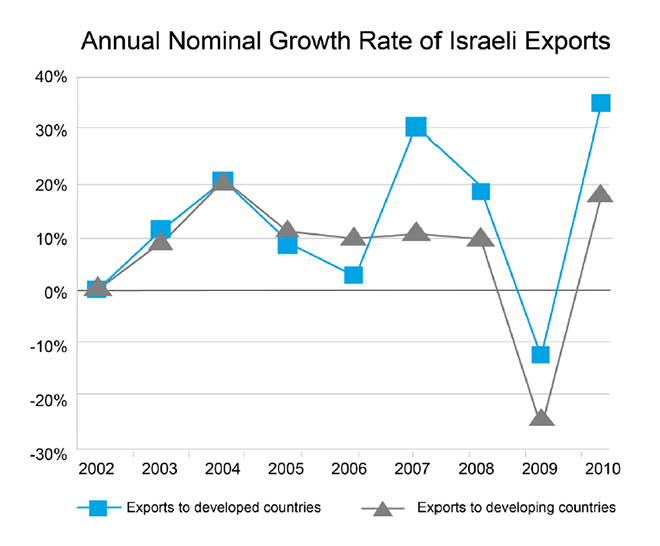 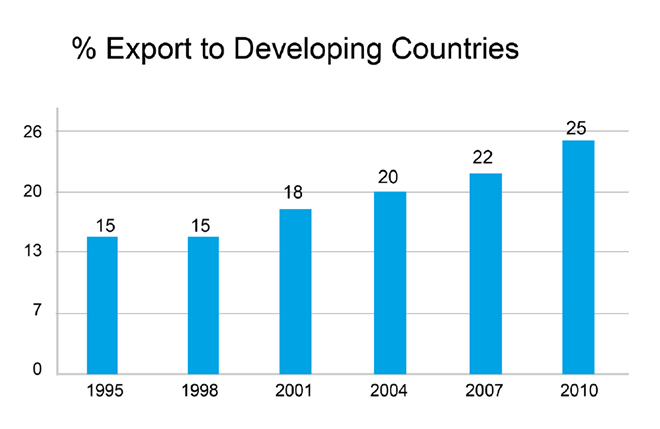 The Indo-China Fund is a grant foundation started by the FTA to assist Israeli firms in establishing a marketing presence in these two countries. The program funds the costs of operating offices, employing local advisors, and/or sending Israeli delegates to the target country. Accordingly, the administration invests in export-promoting activities to these specific countries, such as specialized exhibitions and marketing activities.

The Indo-China Fund is a successor of the 200x2 Fund that operated from 2009 to 2013 and significantly increased exports of companies that participated in the program. Participating companies’ attributed their results to professional marketing guidance and clearly defined goals from the outset of the program. According to the FTA, between 2009 and 2013, participating SMEs’ total global exports increased by 291% and 530 jobs were created.

Through the Indo-China Fund, the Israeli government supports SMEs with sales turnovers of C$5M to C$70M by setting up their marketing representation in China or India. The support is in the form of a grant that covers up to 50% of the costs of:

Companies fill out an online application request for assistance. Once the application is reviewed, a technical assessor meets with the stakeholders of the requesting company to carry out all necessary checks in order to provide the final opinion. After receiving the recommendations, a committee reviews and evaluates the application. The committee decides on the funding and also sets the payback details and scheduled payments. The support is repaid through royalties from sales in the target market. The royalty is 3% of new sales created and is only paid if the companies are successful. Finally, the company is expected to sign a contract that states the final agreement for funding.

OUTCOMES ATTRIBUTABLE TO THE PROGRAM

The program is expected to increase exports to China and India. While the 200x2 Fund did not target India and China specifically, it was considered a success in increasing Israeli exports to these two countries. Consequently, the FTA has high expectations from this specialized program. India and China, the biggest emerging economies, can be very significant markets for Israeli SMEs. This can create more jobs and grow Israeli exports at a time when the European economy is struggling.

Information on the outcomes of the Indo-China Fund is scarce because it is a relatively new program. To provide some context, the value of Israeli exports to China and India from 2012 and 2013 are shown in Table 1. 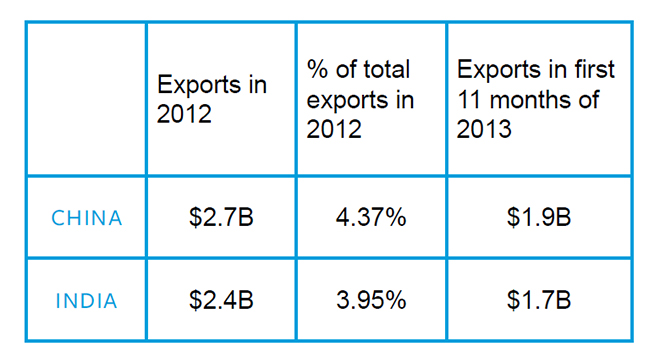 Although these numbers for Israeli exports to China and India cannot accurately reflect the current performance of the Indo-China Fund, we can note that Israeli exports to these two countries dropped in 2013 and that this might have been further motivation for the FTA to launch a specialized program to replace the 200x2 Fund’s general funding program.

Canada’s Global Markets Action Plan identifies about 20 countries as target markets, including China and India (these two markets are Canada’s second- and 14th-largest trading exchange, respectively excluding services and direct investments), and specifically targets the expansion of SME sales to emerging markets. More specifically, the Canadian Trade Commission offers a Foreign Trade Zones – Marketing Program (FTZ-MP) that covers a range of marketing expenses but seems to be highly focused on the activities of local agencies and non-profits. The CanExport program also supports export development projects through an array of activities, ranging from legal support and IP protection to custom market research and creation of marketing tools. Projects can take place over multiple years, but eligible participants must have their activities implemented incrementally and linked to a market entry strategy. [1]

In contrast, the Indo-China Fund is a targeted initiative that focuses on export growth in two of Israel’s fastest-growing export markets, China and India, and supports the ongoing development of on-the-ground capability, a key social and cultural element of dealing with these countries. It will be important to monitor the results and impact of this program as it develops. This “on-the-ground” approach could be used by Canada in the same markets, but could also prove useful in the other target markets of the Global Markets Action Plan.

[1] For a more detailed description of CanExport and the full list of activities supported by the program, please visit: http://international.gc.ca/trade-commerce/funding-financement/canexport/index.aspx?lang=eng.

Other reports in our “Going Global” series: