The Asia Pacific Foundation of Canada mourns the death of former APF Canada Board Chair, John H. McArthur, an exemplary Canadian, Dean Emeritus at Harvard Business School, and an Officer of the Order of Canada, who passed away August 20, 2019 at the age of 85. 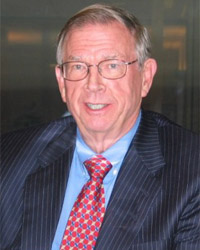 A world-renowned business educator and a native of Burnaby, British Columbia, Dr. McArthur was the Dean of Harvard Business School from 1980 through 1995, Senior Advisor to the President of the World Bank from 1995 to 2005, a founding Board Member of the Canada Development Investment Corporation, and was Dean Emeritus at Harvard Business School at the time of his passing. He sat on numerous boards, including Duke University Medical Center, KOC Holdings A.S., and Thomson Reuters Founders Share Company. Dr. McArthur was Chair of the Asia Pacific Foundation of Canada from 2006 to 2015.

Dr. McArthur was a uniquely accomplished Canadian whose remarkable leadership had a lasting impact on countless institutions and organizations, and whose tireless mentorship informed generations of future leaders across North America, and beyond. His outstanding service and dedication to APF Canada in positioning the Foundation as a thought leader and agent of action in Canada-Asia relations prompted the establishment of the John H. McArthur Distinguished Fellowship in 2016.

Dr. McArthur earned a bachelor of commerce degree in forestry from the University of British Columbia in 1957. He continued his studies at Harvard, where he completed an MBA in 1959 and later earned a doctorate in business administration in 1963. In 2013 he was appointed an Officer of the Order of Canada, one of the country's highest civilian orders. Over his career, Dr. McArthur was awarded honorary doctorates from six different institutions in addition to multiple awards, most notably the Canadian Business Leadership Award, from the combined Harvard Clubs of Canada, and the Lifetime Achievement Award from the National Association of Corporate Directors in 2010. 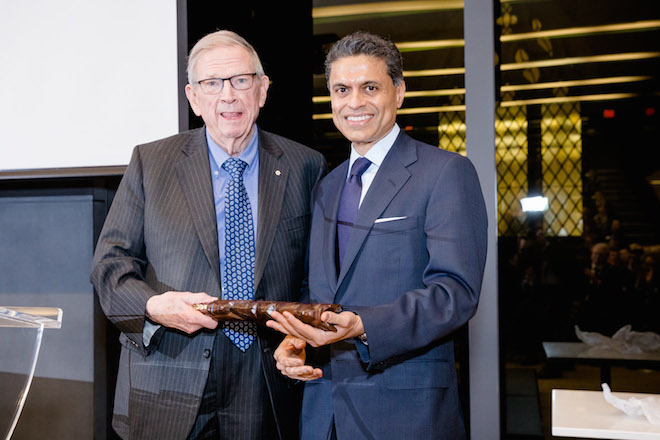 Supported by the creation of a C$2-million fund and a number of generous donors, the John H. McArthur Distinguished Fellowship is awarded to an accomplished thought leader from business, academia, or the media to elevate the work of APF Canada, which contributes to Canada’s engagement with the Asia Pacific, the new centre of global growth and innovation. Former recipients include Dr. Fareed Zakaria and Michael R. Bloomberg.

APF Canada will release a commemorative essay on Dr. John H. McArthur in the coming days, celebrating his considerable influence and lasting legacy.