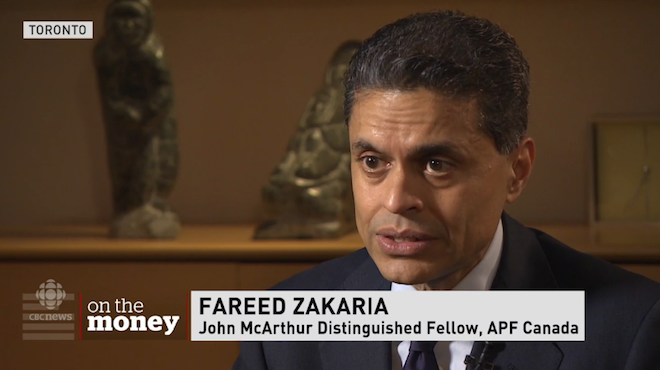 Dr. Fareed Zakaria appeared on CBC's On the Money following his U of T lecture on Canada's future role on the international stage. (Click image to view).

Dr. Fareed Zakaria opened his recent University of Toronto lecture by glancing into the past—specifically, 1943. As it became clear that the Allies would win the Second World War, U.S. President Franklin D. Roosevelt travelled to Casablanca. His plan was to meet with Winston Churchill and Joseph Stalin, and to shape a post-war order based on peace between the great powers, a truly global community, and an open trading system. All of this was to be predicated he believed, on a strong global U.S. presence.

President Roosevelt’s vision was realized and upheld through the decades: a world order of stability, relative peace, and unprecedented prosperity. That is, until now. President Donald Trump’s election has handed that world order an uncertain future. 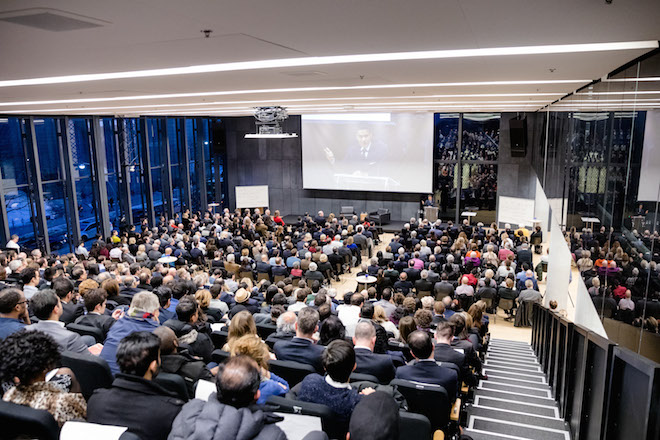 A capacity crowd of some 550 people gathered to hear Dr. Fareed Zakaria's lecture at the Rotman School of Management on February 1, 2017.

President Trump has long espoused a scepticism about the U.S.-led liberal international order. Zakaria recalled the 1980’s and 1990’s, when Trump took out ads in the New York Times bemoaning Japanese companies ripping America off. Decade after decade, and eventually on the campaign trail, Donald Trump painted America as the world’s sucker—losing on trade, ripped off by allies, and outmaneuvered by enemies. As president, Trump sees his role as transforming ‘America the Sucker’ into ‘America the Winner.’

Part of a Trend 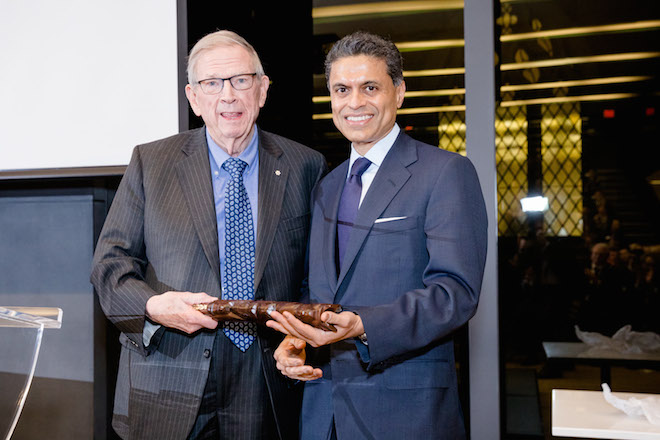 Western economies have changed rapidly since the 1990’s, primarily through globalization and the information revolution. Global markets and technological development have helped those with capital and knowledge. But, Zakaria asked, what do these trends do for a factory worker in Michigan? That worker’s job can now be done by a low-wage worker abroad, or by a computer-assisted machine. Tensions caused by globalization and the information revolution have led to economic insecurity for many, and that backlash has benefitted populists.

But economics is not the only explanation for the rise of right-wing populism. Consider Germany and its strong manufacturing base, or the equality that is a defining feature of Sweden’s economic structure. Why the rise of right-wing parties in these, and other, developed countries in the West? The answer comes immediately to anyone who witnessed Trump’s campaign rhetoric, or the lead-in to Brexit: immigration. Immigration to the West has been massive, Zakaria argues, and we are starting to see a cultural reaction. This, he adds, has fed into narratives constructed by right-wing politicians.

What Does Trump Mean for Canada?

International relations has two competing theories on the post-war order. One posits that it is maintained with U.S. leadership; the other maintains that the system is self-sustaining based on mutual benefit. Zakaria suggested that these two theories are about to be tested in one of the greatest experiments in the history of world politics.

ABOUT THE FELLOWSHIP:
Established by the Asia Pacific Foundation of Canada (APF Canada) in 2015 to honour John H. McArthur, an exemplary Canadian, world-renowned business educator and former Chair of the APF Canada Board of Directors, the John H. McArthur Distinguished Fellowship is awarded to an accomplished Asia Pacific thought leader from business, academia or the media. Dr. Fareed Zakaria, host of CNN’s Fareed Zakaria GPS, Washington Post columnist, and contributing editor at The Atlantic, is the inaugural John H. McArthur Distinguished Fellow. In this capacity he spoke at an APF Canada - Rotman School of Management event in Toronto to launch the fellowship on February 1, 2017. Before a capacity audience of over 550, Dr. Zakaria shared his thoughts on the historical underpinnings of President Trump as a geopolitical game changer before engaging in a question-and-answer session moderated by APF Canada President and CEO, Stewart Beck.

And it is precisely now, at this uncertain time, Zakaria contends, that Canada needs to step forward. It will be Canada’s job to explain the benefits of NAFTA, of North American co-operation, of multilateralism, of the protection of minorities, and of the entire international liberal order. And lest the liberal-minded fall into despair, Zakaria noted that the under-30’s voted for Hillary Clinton—that is, for multilateralism, multiculturalism, and associated values. Liberalism is not dead in America, Dr. Zakaria contended. However, until it comes back, it is Canada’s duty to take the lead.

The growth in Asia has been rapid and historic. Asian markets, once dominated by Western brands, now feature almost exclusively Asian logos. Brands like Huawei, Samsung and Line now dominate the lives of Asian consumers. Countries like China are creating their own internal universes, on their own terms. It is up to Western business leaders, political officials, and citizens to change the way they think about Asia. Zakaria advocated that the West should begin understanding these countries, and learn more about them. Keep studying Aristotle, he said, but study Confucius too. Boost your Asia competence. 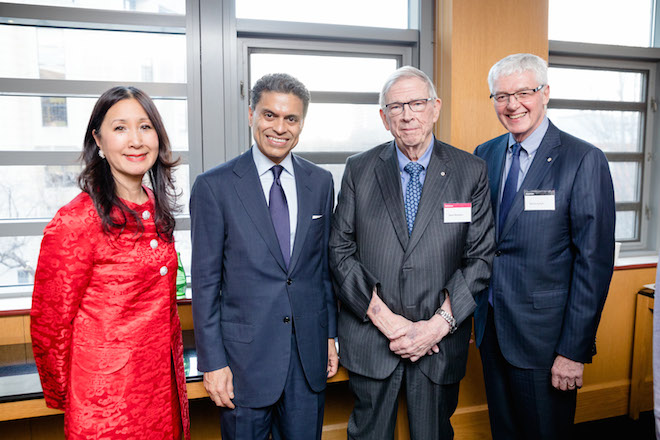 When engaging rising Asian powers, Western leaders need to understand that it won’t be “business done our way” anymore. Zakaria wasn’t suggesting ceding Western values and beliefs—but rather recognizing that prevailing attitudes on such issues as the environment, human rights, and social affairs are different in many parts of Asia than those that hold sway in the West. And as the U.S. pulls back its global engagement, he observed, Canada needs to continue pushing for rules-based trade and co-operation.

Any discussion about Asia these days inevitably touches on security—there are numerous flashpoints in the region, including the South China Sea and North Korea. As the U.S. pulls back, or tends toward unilateralism, what role should Canada play in the region? Zakaria urged caution—without military might, Canada should not overstate its presence. However, issues such as North Korea and the South China Sea are being addressed in multilateral forums. Canada can use its global goodwill and commitment to multilateralism to convince global players, especially the U.S., to solve these difficult problems collaboratively.

When asked how Prime Minister Justin Trudeau should handle President Trump, Dr. Zakaria noted that the U.S. president is above all things, a salesman and a businessman. He can be convinced with evidence and numbers, and he’s looking to make deals. Prime Minister Trudeau needs to keep this in mind when dealing with the president over the next four years. He must sell NAFTA and multilateralism to Trump, convincing him of the shared benefits. He must push back against Trump’s tendencies towards protectionism and isolationism.

The election of President Donald Trump has changed world politics. An uncertain future lies ahead, and it could be the perfect window for Canada to play a leadership role unlike any it has played before.

Canada-US Relations: The Best Days Are Ahead The China E-commerce Opportunity Making the Case for Canada’s Engagement with Oceania Read more >