In recent months, China has issued new policies to relax control on market access of foreign capital and encourage foreign investors to enter the Chinese market, while at the same time introducing fairer competition in the market and equal treatment of foreign and domestic enterprises. These policies aim to bring more foreign capital to China to support its economic growth and transformation. 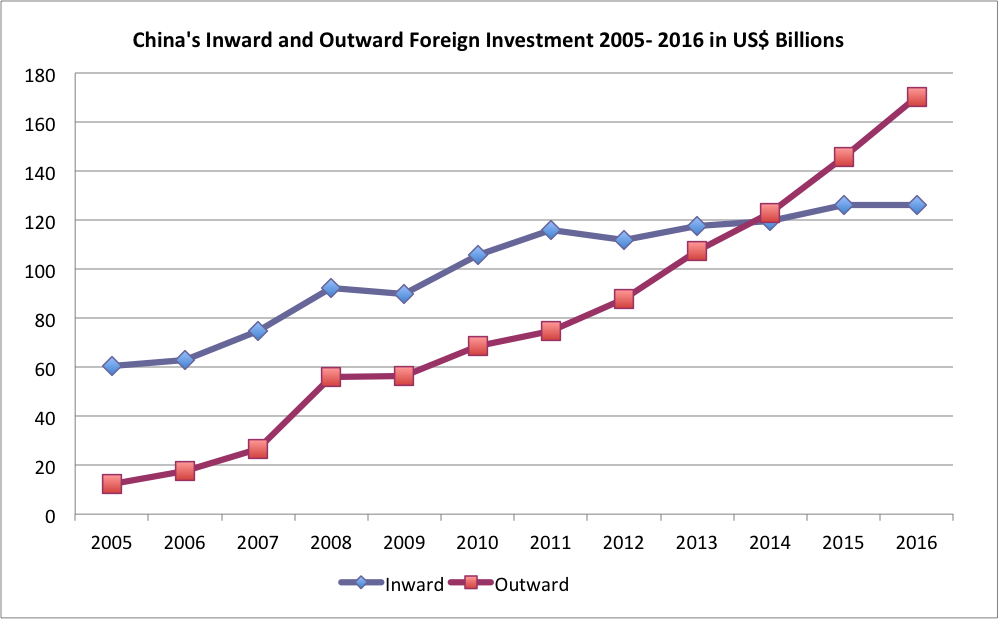 The new policies on foreign investment are intended to keep up China’s slowing economic growth, offset capital outflow, and support its technology development and innovation.

Measures on Further Opening up and Actively Utilizing Foreign Investment

On January 17, 2017, the State Council of China issued a “Circular Concerning Measures on Further Opening up and Actively Utilizing Foreign Investment,” which lays out new measures to further open up its economy, improve the business environment, and boost foreign investment in the country. The new policy listed 20 specific measures in three areas.

First, China will revise the Catalogue for the Guidance of Industries for Foreign Investment, and further open the service, manufacturing, and mining sectors to foreign investment. China encourages foreign investment to take part in the implementation of its innovation-driven development strategy. Under the “Made in China 2025” initiative, foreign invested enterprises are encouraged to invest in high-end, intelligent, and green manufacturing. At the same time, foreign investors are encouraged to take part in infrastructure construction in energy, transportation, water conservancy, and environmental protection through franchising.

Second, China has indicated that it will enhance the openness and transparency of its investment environment. It has indicated that intellectual property of foreign invested enterprises should be protected. The circular requires equal treatment for foreign and domestic enterprises on business licence and qualification applications.

Revision of the Catalogue for the Guidance of Foreign Investment Industries

China’s Ministry of Commerce and the National Development and Reform Commission revised the 2015 Catalogue for the Guidance of Foreign Investment Industries and began soliciting public comments on December 7, 2016. The soliciting was closed on January 6, 2017, and the revised catalogue is expected to go public soon.

The revised catalogue reduces the number of restrictive measures from 93 to 62, and relaxes restrictions on market access of foreign capital in services, manufacturing, and mining sectors.

For the manufacturing sector, restrictions will be eliminated on FDI in the production of rail transit equipment and motorcycle and fuel ethanol, as well as on grease processing.

For the mining sector, restrictions will be relaxed on FDI in the development of non-conventional oil and gas resources such as oil shale, oil sand, and shale gas, as well as in minerals and resource industries.

In addition, China revised its laws on foreign invested enterprises (FIEs), effective October 1, 2016. The revisions replaced the previous Ministry of Commerce approval requirements with filing requirements for all FIEs, provided they are not subject to national market access restrictions on the negative list. The revisions build on the practice of national treatment plus the negative list system for FIEs, piloted in four free trade zones in China.

The revisions will shorten the processing time and enhance the certainty of transactions, providing much more convenience to FIEs in China. The revisions also state that China will enforce stricter supervision and inspection on FIE operation after FIEs’ investment in China.

However, to be successful in China, Canadian companies need to have an accurate understanding of the Chinese market and the new policies. They should work closely with Canadian trade commissions, business associations, and other institutions in China to improve that understanding. They also need to be aware of their own strengths and identify the right industries to invest in.