People who were expecting a close race in India’s May 2019 national elections were disappointed: Prime Minister Narendra Modi and his Bharatiya Janata Party (BJP) ran away with it, winning by an even larger margin than in their upset victory in the 2014 national elections. The BJP won 303 seats, a majority of the 545 seats in the Lok Sabha (lower house), easily beating their main rival Rahul Gandhi and his once-powerful Indian National Congress party, which took only 52 seats. When all the votes were counted, it confirmed that the election was the largest in human history, with more than 600 million people participating in a process than spanned five and a half weeks.

The lead-up to the election saw raised military tensions between India and Pakistan and strong nationalistic sentiment in response to terrorist attacks in the state of Jammu and Kashmir. Coming into his second term, Modi has established himself as a polarizing Hindu nationalistic leader who will have to address the economy and job creation on top of ongoing concerns put forward by Indian farmers growing frustrated by inadequate financial support. 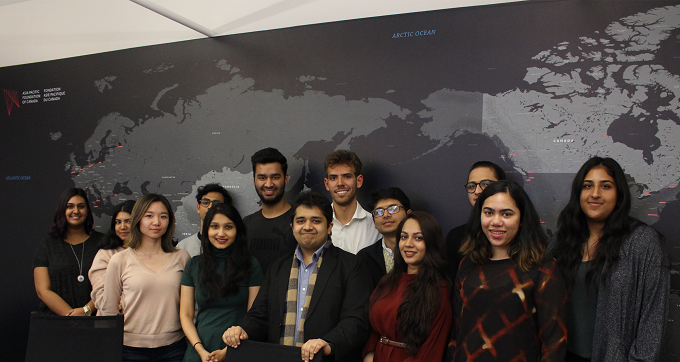 From March 2019 to May 2019, the Asia Pacific Foundation of Canada (APF Canada) convened a group of 16 Vancouver-area university students who were tasked with monitoring media and expert coverage of the election and sharing key insights and findings with the Canadian public through social media. Their coverage spanned a wide range of interests, such as: the participation of women, both as voters and as politicians; the rival parties’ plans for addressing youth unemployment and under-employment; the role of social media in the election, including misinformation and fake news; and, many other topics.

Some of the insights and findings from our India Election Watch can be accessed through the links below.

Our Coverage on the Indian Elections

Visit our Asia Watch page to read stories on the Indian election:

Our Tweets on India: 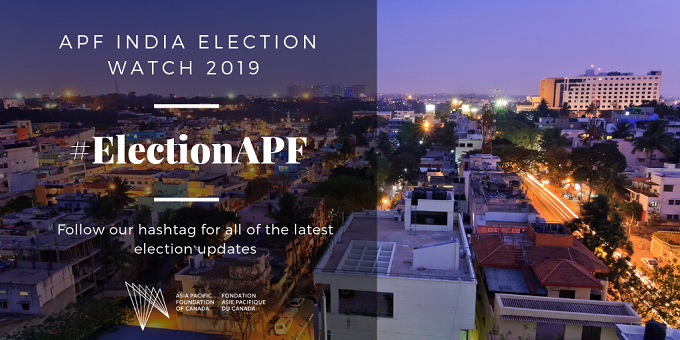 We would like to acknowledge the following people who assisted in providing guidance and resources to our Election Watch team:

India Elections 2019: An opportunity for Canada to revamp the relationship The Road to 2050: Why Canada Should Start Paying Attention to Asia Now VIFF Asia Review: Running Against the Tide