China’s Response to the Coronavirus Outbreak: From Concealment to ‘All-Out-War’

The first case of the novel coronavirus (COVID-19) was discovered in early December 2019 in Wuhan, the capital city of China’s Hubei Province. In the two months since, the virus has spread not only across China, but also to 28 countries.[1] As of February 20, there were a total of 75,773  cases confirmed worldwide, including 2,129 fatalities. On the same day, China’s National Health Commission announced 394 new confirmed cases, the lowest figure in weeks. Nevertheless, some experts caution that it may be premature to infer that the outbreak’s spread is levelling off.[2] 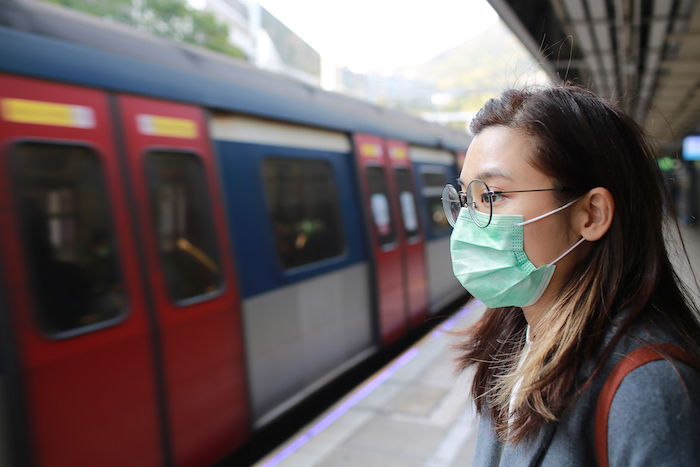 While the first cases of the coronavirus appeared in early December, the municipal government of Wuhan did not make information public until December 31, at which time it downplayed the severity of the outbreak and claimed that there was no evidence of human-to-human transmission. Meanwhile, according to The New York Times and Caixin, the municipal government in Wuhan silenced medical doctors who tried to reveal information about the disease via social media.[3] As a result, no early containment measures were taken and the virus spread.[4] On January 20, when China confirmed 291 cases,[5] the central government stepped in to make information on the outbreak public. The National Health Commission announced that human-to-human transmission was possible, and Beijing rapidly moved away from silence and inaction to aggressive containment efforts. On January 23, a lockdown of Wuhan was declared.[6]

To better understand China’s response to the virus from early December to January 20, as well as the decisive and drastic measures that the central government has taken since January 20, this analysis looks into the readiness of China’s medical system, its public health financing schemes, and its domestic politics. These factors played a decisive role in shaping the government’s response to the outbreak.

The spread of the virus in Wuhan and wider Hubei Province found the local health system unprepared for such a public health emergency. Hospitals lacked protective gear for treating patients, including masks, goggles, gloves, protective suits, and intensive care unit (ICU) ward equipment, not to mention diagnostic kits to identify the virus.

The structural issues related to the funding mechanisms of public hospitals in China that help explain why its medical system was so unprepared to deal with the outbreak are identified in two studies: the 2018 Standing Committee of the National People’s Congress investigative report on the implementation of China’s Epidemic Disease Prevention and Control Law, and a local audit of Wuhan’s Municipal Health Commission published in the summer of 2019. While the two reports praise the achievements of China’s health and epidemic disease control systems, they do not shy away from warning about the systems’ shortcomings. 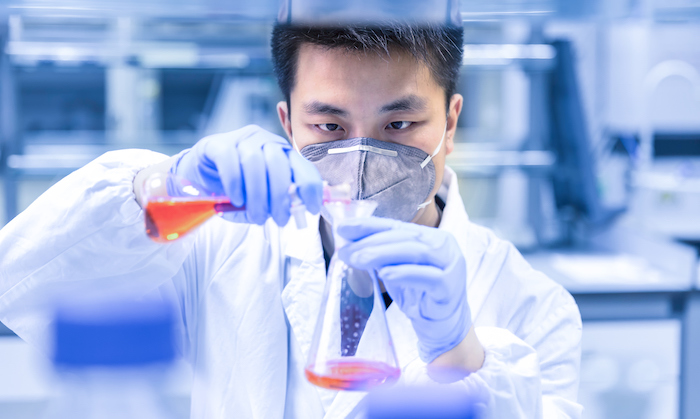 The Standing Committee of the National People’s Congress (NPCSC) investigative report finds that local Centres for Disease Control (CDCs) across China – government institutions responsible for infectious disease prevention, detection and containment – lack institutional capacity. In many of these facilities, the report highlights that the number of professional personnel is too small, and the equipment outdated.[7] The report’s audit of Wuhan’s medical services points out that the city’s CDCs, specifically in terms of infrastructure and professional equipment, lag behind not only affluent cities of comparable size such as Hangzhou, Shenzhen, and Guangzhou, but also as compared to local CDCs in Hubei’s provincial countryside. The audit also finds that in some health facilities in Wuhan training on how to handle infectious disease for medical personnel is highly formalistic and training materials are substandard.[8]

The poor state of CDCs in Wuhan might also be explained by the absence of central government budgetary regulations to ensure that funding is specifically allocated towards infectious disease containment, another issue pointed out in the NPCSC report. In 2018, Wuhan’s Municipal Health Commission had a generous budget for grave public health problems, including epidemics, of about 8.9 billion RMB (C$1.7 billion) to be distributed to 21 major medical facilities across Wuhan. But it is not clear from the audit how much of this budget was actually used for the prevention of epidemic disease.

The funding mechanism for public hospitals in China, including Wuhan, might have also shaped emergency preparedness on the ground insomuch as it undermines incentives for hospitals to invest in medical gear for use during an infectious disease outbreak. An audit of Wuhan’s 28 largest hospitals finds that only 2.3 per cent of their total expenditures in 2018 were derived from direct government subsidies, [9] while 97.7 per cent came from hospitals’ operational revenues, including drug sales, medical checks, hospitalization fees, and insurance payments.[10] As a result of this funding structure, health-care providers in Wuhan might have had little motivation to invest in longer-term disease prevention – notably testing kits, masks, and protective gear – since these items generate less and lower revenues.

Through the fractal lens of Party politics . . .

In addition to inadequate funding for disease prevention for Wuhan’s medical service providers, we also need to consider the influence of domestic politics on the municipal and provincial governments' response to the outbreak. Of particular interest is the career aspirations of local officials that can prompt them to contain the damages of an impending crisis within their jurisdictions in order to avoid reprimand and ensure promotions. The city of Wuhan has long been a springboard for local Party bosses and mayors, who have regularly been promoted to higher posts either with the provincial bureaucracy or the central government in Beijing. Similarly, officials holding the positions of Party Secretary and Governor in Hubei Province have often been promoted to higher roles. Because these key positions can lead to promotions, their occupants are incentivized to conceal information that might associate them with governance failures.

The motivation to conceal problems is also linked to the cadre evaluation system in China. In this system, which annually assesses cadre ability to fulfil the goals set by the government, ‘stability maintenance’ is one of the key performance indicators.[12] An infectious disease outbreak, which can lead to public panic and resentment, is viewed by the state as a threat to social stability, and, as such, local officials might try to thwart a public uproar over a public health issue, such as a virus outbreak, at all costs, including top-down censorship. 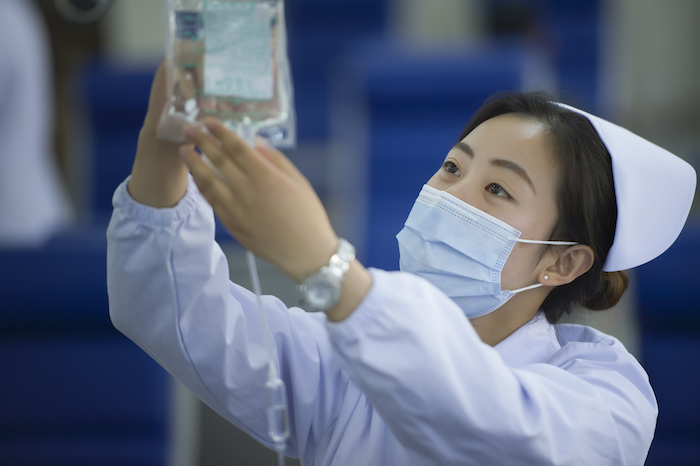 Chinese politicians are also particularly apprehensive of their standing during the Two Sessions of the Local People’s Congress (LPC) and Local People Political Consultative Conference (LPPCC). The gathering of the two assemblies this year took place back-to-back, the LPC at the municipal level in Wuhan, from January 6 to 10, and the LPPCC at the provincial level, in Hubei, from January 11 to 17.[13]  These two gatherings are carefully choreographed events intended to highlight the government’s achievements and plans for the coming year. During these gatherings, officials seek to tightly control public discourse while censoring any information that might undermine the narrative of a competent and benevolent government. It is not surprising, therefore, that information about the spread of the coronavirus was concealed, or at least postponed, until both the municipal and provincial Two Sessions were over.

In an interview with state broadcaster, CCTV, Wuhan’s mayor blamed the delay in releasing early information on the virus partly on Beijing, which has the authority to veto information disclosure of infectious disease.[14] The mayor’s statements are credible since, according to existing regulations, the central government has veto power on the decision to inform the public on the spread of an epidemic disease. In addition, as we now know, Chinese President Xi Jinping started to make plans to contain the COVID-19 as early as January 7.[15] Meanwhile, the timing of the Two Sessions indicates that local officials had an incentive to either underplay the severity of the disease or plead for a delay in public disclosure in their communication with Beijing. As more information becomes public, we might be able to learn more about the central-local dynamics in this outbreak.

Recently, Beijing sacked the two Party Secretaries of Hubei Province and Wuhan City, while replacing the former position with Xi's close associate, Shanghai Mayor, Ying Yong, and appointing another official with close ties to Xi, Chen Yixin, the former Party Chief of Wuhan, to act as deputy head of the central government task force on Hubei that directs the containment efforts on the ground. These appointments seem to indicate Xi’s low level of trust in local officials. Presumably, Xi would like to have leaders in Hubei whom he can trust to provide him with a true picture on the unfolding of the epidemic.

Political scientists and pundits have argued that the epidemic, which is likely to continue for a lengthy period and reach “Chernobyl proportions,”[16] may undermine regime legitimacy in China.[17] History, however, provides us with a different story. Two recent significant events, the SARS outbreak (2003) and the Wenchuan Earthquake (2008), have exposed the regime’s negligence in preparing for crises, as well as widespread cover-ups by government officials.[18] Nevertheless, in both cases, the central government’s decision to shift from negligence to an ‘all-out-war’ approach – in combination with an orchestrated media campaign to highlight the Party’s determination to terminate the crisis – largely retained confidence in the regime.[19] While we should not underestimate the population’s anger over both the lack of preparation and the withholding of information, we should also not misjudge the Communist Party of China’s time-tested ability to turn a disaster into a public relations triumph.

Crisis can have a salutary effect. It focuses policy-makers’ attention on problems that require an immediate response. Once politicians put these issues at the top of their priorities a much needed policy change can be accelerated. China in no exception. For example, SARS precipitated a monumental change in China’s approach to public health.[20]  This suggests that the current crisis could accelerate much needed changes in China health-care system, especially in its public hospital funding mechanism, fiscal transparency, and in the regulation and standardization of earmarks for infectious disease control.

[10] Ibid; Tan Zhuozhen, (2019), “From Hospital Equipment Personnel to Supplier, Unravelling the Unspoken Rules of Medical Equipment Supply”, Huxiu (May 24), https://www.huxiu.com/article/300867.html. It is also likely that this funding structure has shaped Wuhan’s hospitals’ policies for buying medical equipment. According to market studies, tertiary public hospitals in China spend large amounts on the purchase of high-end medical equipment, such as orthopedics, surgical aids, interventionary and neurosurgery equipment, which are used for the conduct of procedures generating high user fees.

[18] Huang Yanzhong, (2004), “The SARS Epidemic and its Aftermath: a Political Perspective”, In Knobler S, Mahmoud A, Lemon S, editors. Learning from SARS: Preparing for the Next Disease Outbreak: Workshop Summar, https://www.ncbi.nlm.nih.gov/books/NBK92479/.