According to the International Labour Organization (ILO), informal ‘gig’ workers and small- and medium-sized enterprises (SMEs) around the world have been particularly affected by the COVID-19 pandemic, and even more so in low- and middle-income economies. In Indonesia, for example, the ILO estimates nearly 60 per cent of the workforce (70 million workers) is informal, mostly employed in the agriculture and construction industries. Of these informal workers, approximatively eight million are employed in the digital sector and rely on mobile apps to find freelance or ‘gig work.’

One of the key employers of gig workers in Indonesia is Gojek, a startup behind its eponymous “super app,” which allows users to access a variety of services through a single mobile app. It mainly provides ride-hailing, food delivery, and digital payment services, but also supports online shopping, package couriers, utility bill payments, and much more. With Indonesia boasting a thriving digital economy, the largest in Southeast Asia, Gojek provides a useful case study to examines COVID-19’s effect on Indonesia’s technology enterprises and their gig workers.

Indonesia’s digital economy under the pandemic

Indonesia has one of the fastest growing digital economies in the region with at least four unicorns (startups valuated at US$1 billion or more) and one decacorn (valued at over US$10 billion) in e-commerce, ride-hailing, tourism, and financial technology. Coupled with economic growth, access to mobile services, government support, and a young, tech-savvy population, Indonesia possesses a robust, well-integrated digital ecosystem.

Despite pandemic-induced uncertainties, Gojek has so far weathered the crisis relatively well. The startup managed to raise US$1.2 billion (C$1.6 billion) in funding through March. It also acquired the Indonesian digital payments startup Moka for US$130 million (C$181 million) in April. The company’s continued success in raising funds during the pandemic suggests that there is some degree of market confidence in this platform, which bodes well for its future.

The pandemic has accelerated a major change in consumer behaviour as people remaining home increasingly rely on online platforms. Demand for Gojek meal, grocery and package delivery services has remained steady, if not increased, as more people use apps to purchase daily basics like groceries. Affected small businesses throughout the Indonesian archipelago have increasingly registered for online marketplaces like Tokopedia and Bukalapak (both unicorns), which provide deliveries mostly through Gojek drivers. Online sales are also expected to peak at the end of May as Muslims celebrate the end of fasting month and the Idul Fitri holiday, one of Indonesia’s major national holidays starting on May 23, when shoppers turn to online merchants offering competitive discounts to spend gift money. Gojek and other startups are well poised to capture this growing demand, and really need their contractors to deliver, in every sense of the word.

But if food delivery is up as people stayed home, ride hailing is down: Gojek has experienced a 14 to 16 per cent decline in active users through March for ride-hailing services. Gojek and its rival, Grab, together ‘partner’ with (more accurately, employ) more than three million drivers. These drivers have seen at least 50 per cent of their income vanish with the pandemic, as demand for rides took a nosedive following movement restrictions in Jakarta and other regions, reducing the number of commuters and restricting motorcycle taxis to deliveries only.

Gojek has enacted measures to support its ‘partners,’ including direct cash stipends to drivers infected with COVID-19 or those who need to quarantine. The tech giant has also implemented measures to support active drivers, mainly a 100-billion-rupiah (C$9-million) relief fund to supplement diminished incomes and provide drivers with medical and sanitation supplies. Other relief efforts include discounts on vehicle rentals and meal coupons at participating restaurants. Gojek has pledged to continue these services until at least June 1. 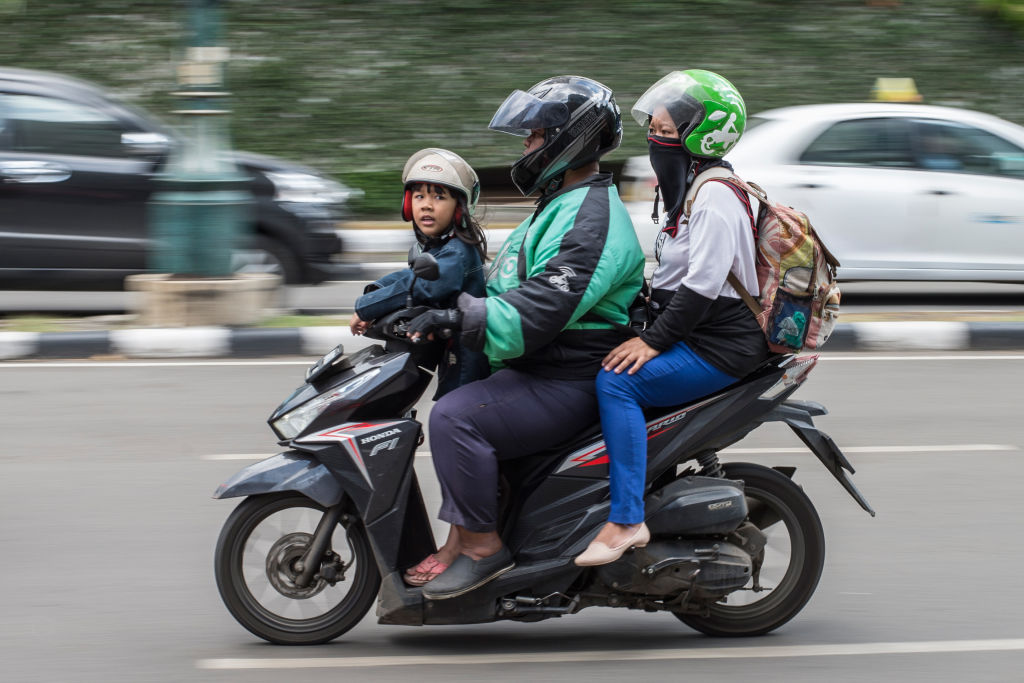 As commendable as these measures are, they are also business-savvy decisions. Gojek depends on its drivers to meet customer demand, especially for the services it can still provide during the pandemic. Also, given that drivers are gig workers who pick up requests on a voluntary basis, some of the relief measures can serve as an incentive for them to keep working even if it means increased exposure to COVID-19. And since Gojek is not fully profitable yet, like most startups, the retention of drivers under current circumstances is important to secure investor trust. This shows that Gojek is likely to continue operating and attracting consumers even under difficult circumstances.

Gojek is also closely linked with the Indonesian government, which has likely prompted the tech giant to play a role in helping manage the national crisis. Gojek has built a reputation as a homegrown success, tech champion, and innovator, creating jobs in a country with the highest unemployment rate in Southeast Asia, particularly among youth (17 per cent in 2019). The company has close ties to president Joko Widodo, who considers startups a key sector for employment and future economic growth and appointed Gojek’s former CEO, Nadiem Makarim, to his cabinet. During the pandemic, Gojek has also partnered with the government to deliver essential supplies for free or at reduced prices.

Indonesia is an interesting model of how digital economies intersect with informal employment. The country’s more integrated digital ecosystem and heavier reliance on gig workers relative to Canada shows what the future of Canada’s own digital economy may entail. Gojek’s example underscores the ability of large tech companies to continue to grow through the pandemic, even as they navigate risks to their workers, many of them made vulnerable through economic necessity. It is important to note, however, that Gojek’s pro-worker measures are one-off decisions by the company’s leadership, based on commercial and political interests. Certainly they provide some immediate relief, but they do not guarantee job security for workers in the longer term or when the company comes under pressure to become profitable.

Canada’s gig economy is not as large as Indonesia’s, but it is on the rise. According to Statistics Canada, 1.7 million Canadians (or 8.2% of workers over 15) were engaged in gig work in 2016, up from one million (5.5%) in 2005. Spikes in gig work occurred after the 2008/09 economic crisis and around 2012/2013, which correlates with the launch of platforms like Uber. Similarly, a 2018 survey by the Bank of Canada found that participation (including part time and full time work) in gig employment may be as high as 30 per cent, with higher engagement among part-time workers and Canadian youth. COVID-19 has further accelerated the adoption of online, on-demand platforms for daily needs, especially as people continue social distancing, remain at home for leisure, study, and work, and spend limited time outside. This will undoubtably boost the e-commerce sector creating more demand for gig workers.

While the number of gig workers is rising in Canada, startups have resisted offering them improved employment terms. For example, food delivery app Foodora has just stopped operations in Canada, citing increased competition and continued losses. However, its parent company Delivery Hero, like Gojek, has seen strong growth through the pandemic, leading some commentators to speculate that it was not the losses, but Ontario’s Labour Relations Board decision to allow Foodora contractors to unionize that prompted the end of the company’s Canadian operations.

As seen in Indonesia’s case, gig workers are essential for digital economies and novel business ventures, but they do not necessarily benefit from employment quality and security. As seen with Gojek, gig worker employment and remuneration are contingent on the whims of rapidly growing startups that have yet to prove that their businesses are self-sustaining, and depend on continued outside investment. In this context, it is urgent that Canada provides a clear definition of ‘gig workers,’ and identifies ways of extending employment security measures to this growing group. With the pandemic hastening the expansion of online, on-demand services, broader conversations between the government, private sector, and civil society must take place to ensure that innovation benefits all, not just some.

Pushed to the Margin: Vulnerable Groups in the Asia Pacific During COVID-19 A Doctor in Your Pocket: Indonesia’s Health Tech Sector in a Post-COVID World Indonesia Pays a Price for Tardy Response to COVID-19 Read more >