Pushed to the Margin: Vulnerable Groups in the Asia Pacific During COVID-19

As of early June, more than 6.2 million cases of COVID-19 have been identified, and 376,000 people have lost their lives worldwide. The economy has come to a grinding halt; the IMF projects a three per cent contraction in global growth, and the world faces a recession and a mountain of debt. We live in a surreal moment where our immediate, local challenges are echoed almost everywhere around the world, and we immediately feel the local effects of a global issue more than ever.

While the crisis has been challenging for all, the pandemic has been particularly devastating for socially and economically marginalized groups, bringing to light long-standing structural inequalities. These groups’ precarious conditions have been exacerbated by an almost unprecedented public health and economic emergency, and government responses have largely failed to address this broader inequality.

In this dispatch, we present the experiences of different groups in Singapore, South Korea, and Indonesia under the common thread of structural socio-economic marginalization. These three stories shed light on the diversity of difficulties that different groups have faced during the pandemic, drawing a parallel to similar issues we have observed in Canada and underscoring the need for policies that address structural marginalization.

‘A time bomb waiting to explode’: Migrant workers in Singapore

Once hailed as the ‘gold standard’ for COVID-19 containment, Singapore’s success with pandemic management has been upended due to a surge of new cases among migrant workers. Beginning June 1, Singapore exited its partial lockdown – known as the ‘circuit breaker’ – to enter Phase 1 of the re-opening period. But as of June 4, Singapore has over 36,900 cases – the largest number in Southeast Asia, of which nearly 90 per cent can be traced to migrant workers in dormitories. 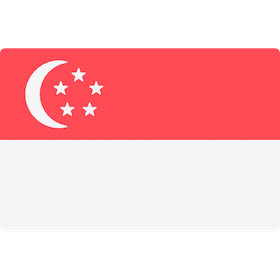 The surge of cases among migrant workers has exposed long-standing inequalities, including dire living conditions. Migrant workers are a vital yet vulnerable and easily forgotten component of Singapore’s economy. The country has over 300,000 migrant workers from Bangladesh and India, taking up low-paying jobs in construction, manufacturing, and shipyards. They live in 43 mega facilities and 1,200 converted factories on the outskirts of the city-state, hidden from skyscrapers, luxurious shopping malls, and bustling streets. In these dormitories, workers typically live in cramped rooms with 12-to-20 bunk beds.

Since the first infected migrant worker, a Bangladeshi construction worker, was reported on February 8, advocacy groups and health experts have continuously warned the Singaporean government that the crowded dormitories could promote rapid transmission and clusters of infection. In a letter to the Ministry of Manpower on March 23, Transient Workers Count Too (TWC2), a Singapore-based NGO promoting fair treatment of migrant workers, denounced poor employment practices involving migrant workers, including the refusal of medical treatment and sick leave, which has increased their vulnerability to the virus. On April 6, Singapore’s prominent diplomat and former permanent representative to the United Nations referred to the dormitories as “a time bomb waiting to explode.” The government, however, did not actively pursue preventive measures and left it to the dorm operators to manage their sites, a sharp contrast to its ‘gold standard’ efforts in other parts of Singaporean society. The government’s inaction has drawn sharp criticism from advocacy groups and pundits.

The Multi-Ministry Task Force on COVID-19, co-chaired by the Ministers of Health and National Development, introduced additional containment measures only after the city-state experienced a sharp jump in the daily cases in the dormitories in mid-April. Such measures include locking down dormitories with large clusters of infection that the Ministry declares as isolation areas. While more tests have been conducted for migrant workers, the Ministry of Health is rolling out an aggressive testing scheme for all migrant workers in the dormitories. Even so, the government has yet to address the mental health of migrant workers living in isolated dormitories, which some residents have dubbed “prisons.” Singapore’s experience has demonstrated that the weakest link in society is often the most affected in the COVID-19 crisis, even in a well-run and disciplined state.

Under an unwanted spotlight: LGBTQ+ in South Korea

Like Singapore, South Korea’s proactive and efficient response to the COVID-19 outbreak has earned praise worldwide, and it seemed as if the crisis was coming to an end. However, public health officials found out on May 7 that a newly infected patient (dubbed ‘Yongin patient no. 66’) had visited several clubs and bars in the Itaewon district in Seoul at the end of April, coming into contact with thousands of people. Public health authorities immediately started targeted contact tracing efforts, focusing on individuals who potentially came into contact with this patient. As of May 20, approximately 50,000 individuals were tested, and 197 new cases were identified from this cluster. This second wave of infections, which experts had feared, shocked South Korea, which was slowly transitioning back to normalcy after months of lockdown. 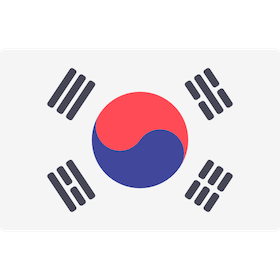 During this event, the Itaewon case shed light on the vulnerabilities of the LGBTQ+ community in South Korea, where acceptance for sexual and gender minorities has remained low. Itaewon is an international district that has historically been a haven for the LGBTQ+ community. It came under the national spotlight when it was discovered that Yongin patient no. 66 had visited gay bars in the district.

Media and public opinion immediately turned against the LGBTQ+ community, blaming it for this second wave and making suggestive remarks about its “promiscuous” qualities ruining the national effort to restore normalcy. The LGBTQ+ community became the perfect scapegoat, labelled as a group of selfish hedonists, as the rest of the country continued to make personal sacrifices for the greater good. Hostile media coverage and online threats followed. Human Rights Watch and Amnesty International both urged the government to intervene and limit the discrimination against sexual and gender minorities.

The Itaewon case demonstrates how the COVID-19 crisis has disproportionately affected the LGBTQ+ community, highlighting existing structural oppression. According to the Human Rights Campaign Foundation, sexual and gender minorities have experienced much more economic difficulty and risk of unwanted group exposure than other segments of society. South Korea’s public health authorities have reported that many visitors to those clubs have not turned up to get tested for COVID-19 due to the fear of getting outed or maligned by others. Further, the country’s incredibly effective contact tracing system, which uses mobile phone data, credit card information, and security camera footage, now poses risks of outing people against their will. The media has reported that newly identified patients in this wave have been subject to harassment and discrimination from their neighbours and colleagues.

Throughout the Asia Pacific and across the world, waves of gender-based violence have followed large-scale quarantines and movement controls as women are trapped with their abusers. The experiences of Indonesian women during the pandemic stands as a stark case study of a government lacking an understanding of gender-specific challenges, and has shed light on women’s socio-economic difficulties being exacerbated by the COVID-19 crisis. 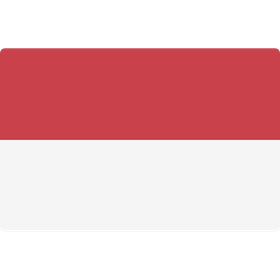 In Indonesia, the number of reported cases of domestic violence and sexual abuse tripled during the latter half of March. Lockdowns have not only failed to consider women’s safety, but they have also hampered access to contraception and other reproductive health resources. Indonesia’s busy doctors are seeing fewer non-COVID patients, and confinement measures have closed clinics. The government’s family planning agency is predicting a post-lockdown baby boom in a society where women are already overburdened with responsibility for family planning. The situation is worse for poor women and girls who cannot afford private services or contraceptives out of pocket, or in rural areas where service providers are scarce, and it is harder for women to negotiate with men to use condoms.

The shutdown of the economy has exacerbated Indonesian women’s already precarious socio-economic conditions. Indonesia’s female workforce is over-represented in the informal sector, employing 57 per cent of working women compared to 48 per cent of the male workforce. Additionally, since digital literacy and internet access for women remain lower than for men, analysts worry that small, women-owned businesses will be a lot less likely than male-operated enterprises to access e-commerce opportunities during the pandemic or as the economy re-opens. Seventy-four per cent of men own mobile phones, the primary means for internet access in Indonesia, compared to 66 per cent of women. And even though more Indonesian women (39 per cent) enroll in higher education than men (34 per cent), only 12 per cent of them are STEM graduates, compared to 29 per cent of men (WEF).

Despite calls by the United Nations and World Health Organization for countries to design gender-conscious strategies in dealing with the virus, Indonesia has mostly neglected these calls or been tone-deaf in its responses. The Indonesian government’s response to the rise in gender-based violence has been limited to the launch of a mental health helpline for women and children; no stimulus package money has been allocated to women’s shelters or other anti-violence programs. In May, a high-profile minister drew heavy criticism for his statements comparing COVID-19 to difficult wives that need to be controlled by their husbands. Gender equality advocates, groups working with victims of abuse, and the public, all expressed deep dismay at these comments, noting how such remarks reflect a sexist mindset from leadership responsible for designing ‘inclusive’ responses to the pandemic.

These three COVID-19 stories demonstrate how the pandemic has disproportionately affected groups of people marginalized due to their socio-economic standing, gender, immigration status, or race/ethnicity in different countries across the Asia Pacific. There are similar stories throughout the rest of the region and in Canada, where the virus is more likely to spread among lower-income groups. A case in point is the major cluster outbreak among temporary migrant workers working under compromising conditions at Cargill’s meat-processing plant in Alberta.

Examples from Canadian cities and across the Pacific demonstrate the global consequences of neglecting local forms of structural oppression and underscore the importance of developing policies that are responsive to those socio-economic factors – especially in post-COVID policies aimed at recovery. Canada’s domestic and international policies have sought to address these factors through efforts such as the Gender-based Analysis Plus (GBA+) or Global Affairs Canada’s Feminist International Assistance Policy. These are laudable, but as the government looks ahead to post-COVID policies, such efforts to address structural oppression should be expanded and scaled up.

Tracy Ly is a Post-Graduate Research Scholar at the Asia Pacific Foundation of Canada. She earned a Master's Degree in Public Policy and Global Affairs from the University of British Columbia, specializing in innovation and entrepreneurship policy in Southeast Asia.

Vietnam in the Post-COVID Era: Realizing a ‘Digital Country’ ASEAN Struggles to be Effective in its COVID-19 Response How Vietnam is Winning its War Against COVID-19 Read more >