What is China Going to Do After COVID-19 is Over?

China seems to be wrapping up its efforts to contain COVID-19, an ‘all-out war’ that appears to have been successful. While the epidemic rages across North America and Europe, on March 25 China reported no local infections. On March 24 and 25 China had a total of 114 new cases, but these involved travelers from abroad.[1] Even in the face of this ‘second wave,’ the country is already mobilizing to battle this next threat, and there are mechanism in place to quarantine and track down new arrivals.

Despite its many successes in containing the epidemic, the outbreak has also exposed some of the inadequacies in China’s public health system. China’s leadership is acutely aware of these problems, and in a speech delivered at an important political meeting on February 15, President Xi Jinping analyzed some of the problems that contributed to the outbreak – the messy oversight of wild animal trade, the undersupply of medical gear, and the weakness of the country’s primary care infrastructure – articulating an intent to overhaul these areas in the aftermath of the crisis. 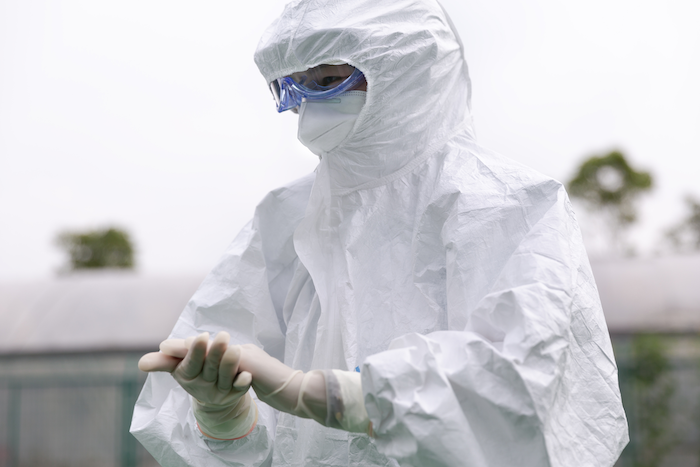 In the coming months, after COVID-19 has eventually been contained, Canada will go through its own ‘process of reckoning’ to assess both the positives and the shortcoming of its response to the crisis. As in China, only an honest public discussion of the problems is likely to improve our preparedness for future pandemics. And as both COVID-19 and SARS have shown, infectious diseases originating in other parts of the Asia Pacific have direct implications for Canada – they are also our problems. Understanding how China is planning to handle public health crises in the future is of direct relevance to Canadian policy-makers, who would do well to seek to engage in a dialogue with their Chinese counterparts on these global issues. What’s more, such a productive dialogue on public health could offer an opening for improving Canada-China relations.

COVID-19 originated with wild animals. Scientists believe that the virus first appeared in bats, and was then transmitted to humans through an intermediary animal, probably pangolin.[2] The Huanan Seafood Market in Wuhan, where wild animals were sold, is likely to have been the epicentre of the novel coronavirus. An Investigative media report from China Business Journal, a newspaper published by the Chinese Academy of Social Sciences, has revealed a chaotic bureaucracy surrounding wild animal trade at the Huanan market. While in early January the National Health Commission found that wild animals were sold illegally at the market, it was unclear whether shops operating there had received licences from the local government to sell wild animals. It is unclear who was to blame for the bureaucratic bungling –the Wuhan municipal government or the Jianghan District government, where the market is located. Chinese media have also pointed out that numerous cases of illegal wild animal trade have occurred in recent years across the country, facilitated through bribery involving the government body in charge of China’s wild animal protection – the Ministry of Forestry and Grasslands.[3]

In the February 15 speech, Xi Jinping pointed out that loopholes within existing regulations on wild animal protection helped facilitate the recent outbreak in Wuhan, and called for urgent legal revisions.[4] Since late January, the Chinese government has banned the sale of wild animals for food.[5] Some experts have even expressed support for using legislation to implement a permanent ban on the sale of wild animals.[6] This may be difficult to achieve, however, given the popular practice of eating wild animals, and the sector’s economic success – a 520-billion-yuan (approximately C$103.34-billion) industry that employed 14 million people in 2016.[7] It is more likely that we will see ambitious revisions of existing regulations before the abolishment of wild animals as a source of food. 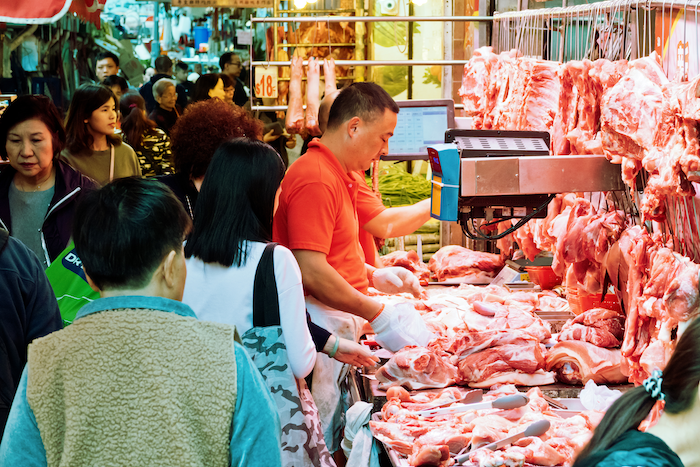 Current laws and regulations around wild animal protection in China have several shortcomings, and are likely to be revised. First, the scope of the existing Law on Wild Animal Protection is fairly limited, permitting the trade of about 1,000 wild animal species. A revised law is likely to encompass a much larger number of protected species.[8] Second, the government does not have in place standard procedures for testing viruses in some wild animals, most notably snakes, rodents, and frogs.[9] Third, many veterinary services, especially in rural areas, suffer from shortages in resources. Fourth, many sellers and growers of wild animals are not familiar with best practices for breeding and domestication, and thus often rely on the illegal hunting of wild animals to complement their revenues.[10] It is possible that the government will increase investment in veterinary facilities, and either crack down or offer some training to owners of animal farms who do not comply with proper domestication and breeding standards.

Fifth, and finally, there is a stark conflict of interest in the overall management of China’s wild animals. The Ministry of Forestry and Grasslands is in charge of wild animal protection. But, it also issues licenses to businesses utilizing wild animals, and benefits both economically and administratively from their trade.[11] New legislation might well change this situation, separating the authorities for the utilization and the protection of wild animals.

The recent coronavirus outbreak exposed the inadequacies of China’s local governments in preparing medical supplies for emergencies. Currently, the central government has in place regulations requiring local governments to make ready stocks of protective medical supplies. But these regulations do not specify the required number of each item.[12] Local officials also have little incentive to commit large monies for pre-empting an emergency event – if a disaster does not take place,  the central government will view the channeling of abundant resources towards this goal as a wasteful pursuit.[13] For example, according to local regulations in Hubei Province, the Province has to have in stock only 400 protective masks, while each city (including Wuhan) and county within the Province are required to have a stockpile of 300 and 200 masks, respectively.[14] Given the lack of local capacity to prepare an adequate volume of protective medical supplies, it is not surprising that in the first several weeks of crisis Wuhan faced an undersupply of protective gear.

To prevent the recurrence of such a predicament, on February 15, President Xi announced that the central government will now procure public supplies produced by a small number of select manufacturers and delivered via approved logistics companies that have the capacity to ship quickly across the country to places where the supplies may be urgently needed.[15]  It remains to be seen whether a centralized system of procurement will enable more efficiency in future public health crises.

One of the reasons for the rapid spread of the outbreak in Wuhan was the uneven distribution of medical resources across China’s three-tiered medical system, comprising (1) tertiary urban hospitals, (2) secondary urban district and county hospitals; and, (3) primary care facilities, such as Community Health Services Centres, Township Health Offices, and Village Clinics. Wuhan’s tertiary hospitals, which are ranked 5th nationwide in terms of performance, are superb.[16] However, primary care facilities in Wuhan and across the country  often lack adequate resources and skilled personnel. As a result, trust in these medical units is low, and patients tend to flock the larger tertiary hospitals. During the recent outbreak, the massing of a large number of patients at these tertiary hospitals reportedly facilitated the spread of COVID-19 across Wuhan and Hubei Province.[17]

To pre-empt the recurrence of this predicament, Xi intends to overhaul China’s primary care medical system through enhanced investment in both urban and rural primary care facilities, higher remuneration for working medical staff, and training of more family doctors to work in these facilities. The overarching purpose of this investment is to strengthen China infectious disease prevention capacity.

These pronouncements are not novel. Since 2003, in the aftermath of SARS, China’s leaders have emphasized the strengthening of China primary care system as essential for disease prevention, and have has also increased investment in public health and primary care units. However, tertiary public hospitals, which have more access to resources, equipment, and trained medical personnel, have continued to expand, enhance their patient numbers, and attract the most qualified medical personnel – and in so doing,  hampering the development of primary care facilities.[18] Revamping this system in order to establish a high-quality primary care system will require much more than increased investment. A serious commitment to a comprehensive structural change will be needed.

A new balancing act for an authoritarian regime

It is quite remarkable that Xi Jinping openly discussed some of the inadequacies in China’s infectious disease infrastructure, including wild animal protection issues, medical supply system failures, and the under resourcing of primary care. It is all the more impressive that the Chinese government made Xi’s statements publicly available in early- and mid-February, when the new coronavirus was still rampant. Xi’s openness about the failings of China’s medical system is important because it provides cues to others, including experts, medical sector insiders, officials, and the general public, that it is now ‘legitimate’ to discuss the problems of China’s medical system, and deliberate on solutions. If such open discussion occurs, it will be conducive to a generation of new ideas.

But in order to prevent the spread of an outbreak, the free flow of information is also key. To protect themselves from contagion, people must know about the existence of the virus and its risks. Authoritarian governments, unfortunately, often censor information that may portray them in a negative way. This was the case in the early days of the new coronavirus, when the local government in Wuhan in early January silenced the whistle-blowing medical doctors who revealed information about the disease in social media, castigating them as “rumour-mongers.” On March 7, in an interdisciplinary, online expert forum to discuss the lessons learned from China’s response to COVID-19, Ge Yanfeng and Yu Keping, two of China’s high-profile intellectuals, argued that the crackdown on frontline medical personnel has undermined China’s efforts to contain the crisis, and that the existing administrative procedure for handling rumour-spreaders should not be applied to them in the future.[19] But this may be difficult to achieve. Since 2013, the crackdown on internet ‘rumour-mongers’ has been one of Xi’s signature policies utilized to suppress dissenting voices. Going forward, China will need to strike a balance between its pursuit of political stability and the free flow of information that is necessary for handling a crisis, such as epidemic diseases like COVID-19.