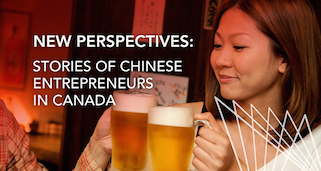 “I still remember, when I first invited people to taste my Yanjing beer in the early 2000s, most Canadians declined. They were concerned with the quality and teased that it might be poisonous,” Guo Shu says, laughing. “But now, they are very thankful that I’ve brought this country new spirituous delight.”

After immigrating to Vancouver in 2000, Guo spent nearly 10 years working to become a successful Chinese entrepreneur – a specialist in the Canadian alcoholic drinks industry. Her company, Hi-Bridge Consulting Corporation, has exclusive rights to sell Yanjing beer across Canada, and she is also distributing over 20 kinds of Chinese spirits. In 2009, Guo was recognized as an “outstanding Chinese entrepreneur in Canada” by the Ontario provincial government.

It was by accident that Guo entered the alcohol business. With many years of teaching experience in Chinese universities, Guo was planning to continue her career in academia until some friends asked her if she could import and sell some Chinese liquors in Canada. “They were missing the taste from their own homeland,” says Guo. She quickly found out that there was a potential market in Canada that awaited Chinese alcoholic beverages: with strong immigrant communities, Canada has demands for various liquors from the world. When Guo was starting off, the competition was minimal, as only a few Chinese brands were available in Canadian liquor stores. Guo further concluded that beer might be an even better asset than other Chinese spirits, due to its cheap price and popularity across the country. Also, as a fast-moving consumer good, it could easily fill up a shipping container and did not need extra resources spent on after-sale services.

Her market testing quickly turned out to be a success. In early 2004, Guo chose to take a risk by importing a full container of non-alcoholic beer from Beijing Yanjing Brewery, and started selling it in some local Chinese supermarkets in British Columbia. Luckily, at T&T Supermarket – the largest Chinese supermarket chain in Canada – her products flew off the shelves. After that, she began to expand her business beyond British Columbia into other provinces. Her initial marketing strategy included participating in events in Chinese communities, giving interviews with local Chinese media, and constructing her own website. 2008 was the turning point in Guo’s career. When Yanjing beer was named the official beer of the 2008 Beijing Summer Olympics, Guo immediately hired the largest public relations company in British Columbia and launched a countrywide campaign in Canadian mainstream media. Since then, Yanjing beer has experienced tremendous success in Alberta, Saskatchewan, Manitoba, Ontario, and Yukon.

With the success of non-alcoholic beer, Guo expanded into new markets including alcoholic beer and other Chinese liquors. In Canada, the alcohol industry is under strict government regulation. Liquors can only be purchased from government-licensed liquor stores; manufacturers and importers have to sell their products to those liquor stores. As Guo explains, “I can’t open my warehouse to the public. I am not allowed to do business directly with consumers. The only thing I can do is to increase people’s awareness of my products. Only consumer demand can drive up government procurement, so I spend most of my resources on branding and marketing.”

Abiding by national and local laws and regulations was another important factor contributing to Guo’s success in Canada. This was a lesson she learned the hard way when her company was fined $7,500 in 2005. At that time, one of her competitors reported to the government that Guo was planning to give out free beer on a website. “Though we had, in fact, no intention of doing that, the government insisted that we had violated the alcohol regulation in Canada. The fine was far more than the profit we could ever make. It made me understand that following the rule of law is the most important principle, anytime, anywhere,” says Guo. She has since established and maintained a good relationship with the provincial liquor distribution branches, which are specialized government agencies for the alcohol industry. Her company will report to the government every time there is a change in price, product, marketing strategy, and business operation. In addition, upon government request, she has also purchased $5 million of liquor liability insurance for her company.

Build Credibility and Reputation Through Communication

Gaining popularity is never easy. In the first three years, from 2004 to 2007, Guo had to personally visit local restaurants and private liquor stores to advertise her products. She also needed to find and build connections with government-approved liquor stores after accumulating a steady customer demand. “I was always on the road, alone, with a box of Yanjing beer and nothing else,” Guo recalls. “I travelled to almost all major Canadian cities and had hundreds of thousands of conversations with restaurant owners and liquor store representatives.” That period was the hardest in Guo’s career. 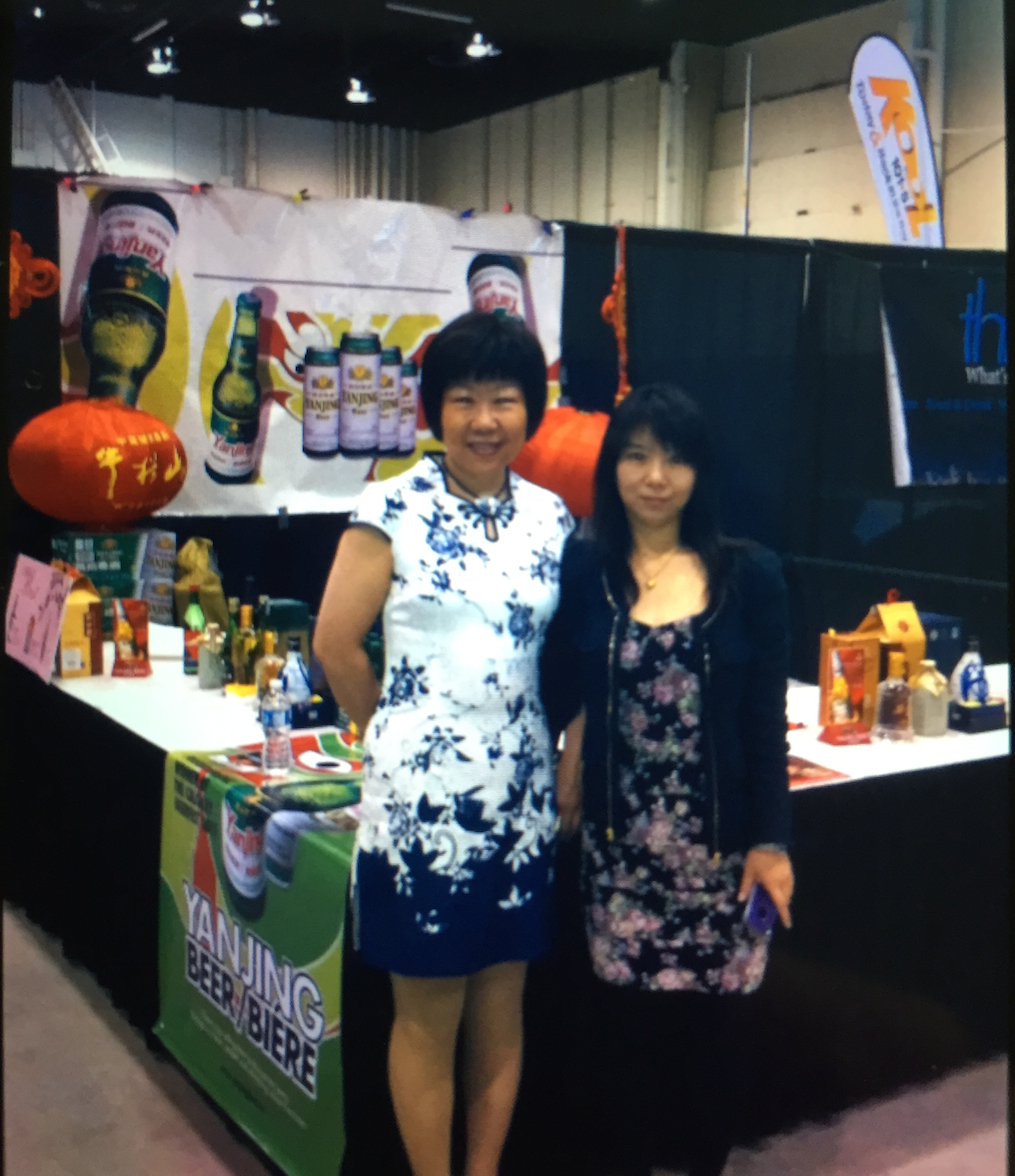 For Guo, the key to her success was to establish credibility and build a positive reputation through constant communication with the broader public. She further explains that, after establishing positive and frequent contact with Canadians, they become very kind and willing to help. “Many staff working at liquor stores tell me in private which restaurants in town have special preferences for Chinese beers. Also, they are very happy introducing my Yanjing beer to their customers, recommending that it is the best beer from China,” Guo says. Constant communication also helped to reassure Canadians about their concerns over Chinese food safety; gradually, they became much more receptive to the foreign beer.

Guo’s business model finally paid off. With her efforts and hard work, the sales of Yanjing non-alcoholic beer in Canada even exceeded the total amount sold in mainland China. Since 2008, Beijing Yanjing Brewery agreed to offer Guo the exclusive right to sell Yanjing beer products in Canada, and also began to offer financial support for her branding and advertising.

Cultural Difference Is a Big Challenge

Guo notes that due to different business cultures, building connections with local communities is extremely useful when attempting to start a business. She points out that many Chinese entrepreneurs who were very successful at home found it difficult to explore new opportunities here, mainly because they only communicate within their own social circles. Therefore, for newly immigrated Chinese entrepreneurs in Canada, attending events and participating in charity work held by local communities and businesses is both important and necessary. Guo claims, “They must speak out and brand themselves. Chinese entrepreneurs should actively participate in local politics – attend their party events, converse with politicians, and make friends with them. We need to brand ourselves before selling our products.”

Drinking alcohol is deeply rooted in culture. Guo thinks that overcoming the cultural difference is the most difficult challenge of selling Chinese liquors in Canada. “After all, I can’t rebuild their stomachs and change their tastes.” After 10 years of experimentation and success in the Canadian alcohol business, Guo admits that most of her customers are still Chinese immigrants and that her products are far from being dominant in the Canadian market. While most Canadians are open to tasting Chinese flavours, they only choose to purchase them under rare circumstances. Guo loves to compare Chinese spirits with Japanese sake, and says, “I have been thinking why Japanese sake is so popular among Canadians. Why can they open their factories in North America? And why can’t Chinese spirits companies do the same? My answer is that we need more time and a more refined strategy to localize Chinese spirits and alcohol into mainstream Canadian culture.”

Government Could Be Helpful

In addition, Guo believes that the Canadian government should put more effort into providing newly immigrated entrepreneurs with systematic and timely support. While there are many non-profit organizations and industrial associations, many new immigrants don’t know where to find information and whom they should speak with. In addition, the availability of resources in Chinese is also highly limited. Moreover, Guo suggests the Canadian government should offer appropriate education and media programs to improve Canadians’ negative perceptions of Chinese entrepreneurs and their businesses.

Guo expects more support from the Chinese government as well. For example, China’s consulate in Vancouver has been very supportive of Guo and her company. The consulate always invites her to its functions and buys her products for events. However, compared to other liquor-exporting countries such as Australia and New Zealand, whose government agencies will publicly advertise their products at foreign trade events and exhibitions, support from the Chinese government is very limited.

Prospective for the Future

Recent years have witnessed a steady demand for Guo’s products in Canada. Despite the increasing competition in beer sales, annual revenues of her company in the past two years have exceeded $2 million and the profit has been increasing. Guo takes satisfaction in selling her products in the Canadian market. She has also been very successful in building a great reputation: more consumers are getting to know Yanjing beer through her website, and many business people are asking for her to recommend them to Beijing Yanjing Brewery in attempts to obtain selling rights.

As for the future, Guo would like to dedicate more resources to establishing the cultural identity of Chinese liquors in Canada. She says, “I’ve been in this country for over 15 years. I have a sentimental attachment to Canada. I hope to see that more and more Canadians will purchase Chinese liquors and enjoy the underlying Chinese culture.” At the same time, Guo is also exploring other business ideas and opportunities, such as providing providing educational programs and activities for the elderly.