Advancing AI Ethics in Japan: A Q&A with Dr. Arisa Ema, Professor at University of Tokyo

Dr. Arisa Ema is a Project Assistant Professor at the University of Tokyo and a Visiting Researcher at RIKEN Center for Advanced Intelligence Project in Japan. She is an academic in the field of Science and Technology Studies (STS) with a focus on artificial intelligence (AI) ethics and governance. She leads and participates in various initiatives in Japan and abroad, working to ensure responsible use of AI that is inclusive and beneficial for all. Dr. Ema will visit APF Canada on February 28, 2020 to talk about her work. She posts regular updates on her blog.

Q1. Could you tell us a bit about yourself?

As an academic, my area is Science and Technology Studies (STS), with an interest in how we can organize an inclusive and diverse community through technology, which has naturally led to my academic and public engagement with the topic of artificial intelligence (AI). 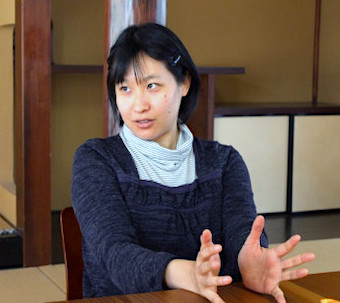 Besides my academic work, I am involved in various AI ethics and policy initiatives. I am a board member of the Japan Deep Learning Association (JDLA), chairing the JDLA Public Affairs Committee, and also a member of the Ethics Committee of the Japanese Society for Artificial Intelligence (JSAI), which released the JSAI Ethical Guidelines in 2017. The ethics committee was established after JSAI’s journal cover design evoked controversy on gender issues in 2014. Prompted by this incident, my colleagues and I established an interdisciplinary group called Acceptable Intelligence with Responsibility (AIR) to discuss emerging issues on AI and society. As an international group, AIR wrote a technology assessment report for the National Diet (Japan’s Parliament) Library, providing research on AI for legislative affairs. Currently, I’m organizing a medical AI seminar with my colleagues and promoting international collaborations on AI governance and ethics. And there are many other initiatives in which I am participating. Also, my recent book introduces how various stakeholders talk about AI in their own words.

Q2. AI and Society in Japan: What is happening in this space today?

Japan started a discussion on AI governance and ethics quite early. The Ministry of Internal Affairs and Communications (MIC) organized a committee, of which I was a member, to develop the AI R&D Guidelines that were released in 2017. Culminating from inter-governmental and multi-stakeholder discussions, the Social Principles of Human-Centric AI was later released by the Cabinet Secretariat in February 2019.

While industries also began discussions on AI governance and ethics, two incidents in 2019 caught the public attention. First, there was a scandal in August involving a recruitment management company selling users’ and students’ data to client companies. The second incident occurred in November, where the Project Associate Professor at the University of Tokyo (a director of an AI company) tweeted racist opinions regarding the company’s recruitment policy and claimed his discriminatory comments were created by machine learning. These incidents raised social concerns about machine learning. In response, three machine learning academic communities released the Statement on Machine Learning and Fairness in December, declaring that (1) machine learning is nothing more than a tool to assist human decision making, and (2) machine learning researchers are committed to improving fairness in society by studying the possible uses of machine learning. As such, we have recently seen increased interest and activities on AI and society in Japan.

Q3. What is unique about Japan’s attitude towards AI?

Japan’s AI research community developed in the 1980s during the second AI boom – when academics engaged not only real life applications but also with more philosophical questions about human nature and intelligence rather than real life applications. Therefore, except for the new members who joined this research field in mid-to-late 2010s, the academic community’s researchers are more interested in scientific and philosophical investigation on human intelligence. In addition, Japan is rich in animation and comic contents that consider AI/robots as part of society, which have generated unique discussions on AI as well.

Currently, there is a controversy over an AI system that reproduces new performances of a singer, Hibari Misora – who passed away 30 years ago. Also, a new AI project has been launched to create a new story and characters of the late Osamu Tezuka, the creator of Astro Boy. Calling back the deceased and adding new features raises not only legal, but also ethical and social issues. We are witnessing similar discussions around the world, and the ethics committee of JSAI will organize asymposium on this issue by inviting relevant people behind AI Hibari Misora and AI Osamu Tezuka in June 2020.

Q4. You travel around the world for your work. What excites and worries you the most about what is happening in Japan compared to the world?

I am currently on a liaison committee on organizing the 2nd Japanese-German-French Symposium on Artificial Intelligence in November 2020. Compared to the Western countries, I feel the social interest on topics related to AI is more focused on economic innovation in Japan, and focus on inclusion and sustainability is still weak, although inclusion and sustainability are considered as ‘Basic Philosophy’ in Social Principles of Human-Centric AI.

For example, as I wrote in a recent essay, only 13.8 per cent of the members that created the ‘Social Principles of Human-Centric AI’ in Japan were women, while its European counterpart that created the ‘Ethics Guidelines for Trustworthy AI’ was  43.1 per cent female. Many Japanese claim the importance of Sustainability Development Goals (SDGs) and social awareness are rising, but there is much more work to be done. Further, these (unconscious) biases are not AI-specific issues, but rather social issues that Japan has to tackle. For instance, Japan ranked the lowest among the G7 countries on the Global Gender Gap Report 2020.

Q5. How could Canada and Japan work together on AI? What kind of collaboration would you like to see in the near future?

Canada is one of the leading countries of not only AI technologies, but also AI ethics and governance. I am particularly interested in the intersection between AI and democracy – and this is an area that Canada and Japan could collaborate more closely with each other. Technologies implemented in critical decision-making sectors could raise serious problems, and facial recognition and deep fakes have also posed unprecedented challenges for democratic systems – a topic that will be discussed in the AI and Justice symposium that we are organizing in Tokyo this March. AI and democracy will increasingly become more important and sharing experiences of good practices would be beneficial for both Canada and Japan.