Carrots, Sticks, and Masks: The Control of Medical Supply Chains in East Asia

Amid a global ramp up in the production and procurement of medical supplies to cope with the COVID-19 pandemic, we’ve seen Canadian federal and provincial governments engage in medical supply chains at levels beyond anything in recent memory. Simultaneously, our neighbours to the south have made headlines over attempts – successful and not – to redirect the global production of medical equipment, including personal protective equipment (PPE), to meet the U.S.’s own needs. Meanwhile, East Asian economies, the first to be hit by COVID-19 and to experience a shortage of PPE, took some significant measures early on to secure a supply of medical goods for their own citizens.

As Canada suffers from a shortage of medical equipment, many Canadians have understandably become concerned over domestic supply and the vulnerabilities in our supply chain created by the COVID-19 situation in East Asia.

In 2019, China, Taiwan, South Korea, and Japan accounted for about eight per cent of Canada’s import value in pharmaceutical and medical goods. In terms of PPE, China made up around 17 per cent of Canada’s total imports in 2019 – a percentage currently poised to significantly increase due to a surge in Canadian demand. With this rising level of dependence, Canada’s vulnerabilities will only be heightened. (A recent APF Canada analysis provides a comprehensive list of these vulnerable goods.)

In light of these disruptions in the global medical supply chain, particularly within East Asian economies clambering to secure their own domestic supplies, here we look at the policies, regulations, and actions of China, Taiwan, South Korea, and Japan as they relate to vital medical supplies.

In January, as the first reports of a mysterious health crisis emerged from China, much of the world was unaware of the looming production crisis that would soon follow. When the COVID-19 outbreak began in Wuhan it set in place a unique supply chain conundrum: China was both ground zero of the outbreak and the global manufacturing hub of critical supplies to fight the same disease.

As the global demand for medical goods started to grow, raising the risk that domestic production would flow to other economies, China took steps to curb exports. While China has not officially instituted an export ban, many reports suggest that Beijing has strengthened its control over the supply of these critical goods. The Globe and Mail reported that Beijing sent officials to factories across the country to ensure that masks produced there would be used domestically. Canadian manufacturer Medicom, which operates three factories in China, painted a similar picture, reporting that the government requisitioned all of its production outputs in March.

Taiwan was among the earliest to mobilize its state apparatus in boosting its production of medical supplies. In February, the Taiwanese government spent C$79 million to acquire 60 face mask machines in an effort to boost domestic production. Under this deal, Taiwanese manufacturers who accept the machines are required to deliver five million face masks per machine to the government, after which the government transfers ownership of the units to the companies, free of charge. To further expedite face mask production, Taiwan also deployed over 17,000 members of its reserve military personnel from early February to mid-March to assist manufacturers in scaling up their production. The Ministry of Economic Affairs estimated that these measures could increase Taiwan’s daily mask production to over 10 million pieces. 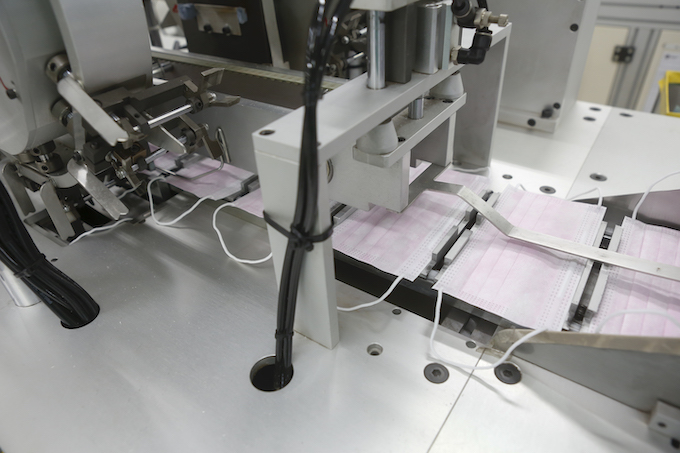 Like other East Asian economies, South Korea has played a supportive role in assisting medical manufacturing companies to scale up their production of crucial medical supplies. To speed up the development of test kits, the Korean Centers for Disease Control and Prevention disclosed information on test methods and expedited the approval process for test kit developers, turning a year-and-half-long process into one that takes less than a week and allowing the country to enhance its testing capacity. The government also partnered Samsung Electronics with face mask producers to improve the efficiency of their operations, increasing the producers’ daily production from 920,000 to 1.3 million. According to a statement from Samsung, the conglomerate provided mask producers with technical advice for improving manufacturing processes, as well as molds used in mask production.

The government also partnered Samsung Electronics with face mask producers to improve the efficiency of their operations.Where South Korea has tended to nudge production, it has been more forceful in terms of distributing medical supplies. The Ministry of Food and Drug Safety announced on February 26 that all face mask manufacturers are required to report their daily production, domestic shipments, and inventory, as well as promptly releasing 50 per cent of their daily production to state-run retail platforms, such as the National Agricultural Cooperative Federation and the Small & Medium Business Distribution Center. To closely monitor the flow of face masks and prevent anyone from cornering the market, the Korea National Police Agency also established a special team that inspects large warehouses across the country.

Since the outbreak, the government of Japan has asked medical equipment makers to increase their production of ventilators and life-supporting extracorporeal membrane oxygenation (ECMO) machines – critical for patients with severe breathing difficulties. Tokyo also accelerated the scaling up of production by providing subsidies to equipment manufacturers. Terumo, one of Japan’s largest medical equipment manufacturers, pledged to double its current capacity over the coming months in the production of ECMO machines. Similarly, the Japanese Ministry of Economy, Trade, and Industry also announced subsidies for 11 face mask producers to help them boost their production capacity. Japanese electronics manufacturer Sharp is among the recipients of government subsidies, currently producing 150,000 masks per day. It is expected that production will soon increase to half a million per day. Despite the government’s interventions, medical supplies remain in significant shortage. The health ministry recently reported a “3 million gap” in the current supply of protective gowns.

The Japanese Ministry of Economy, Trade, and Industry also announced subsidies for 11 face mask producers to help them boost their production capacity.Tokyo’s national strategy has yet to include imposing stringent controls over the distribution of medical supplies, and relies instead on corporate co-operation and government incentives. However, when the number of COVID-19 patient surged last month, the government declared a state of emergency (on April 7) for seven prefectures, including Tokyo and Osaka, giving prefectural governments the independent power to requisition medical supplies under the Special Measures Act. The government also announced that it will block foreign acquisitions of Japanese medical producers to safeguard its domestic supply.

Expanding production and controlling distribution seem to be consistent themes across East Asian economies’ medical supply chain strategies. These actions aim to reduce dependency on the already-strained global supply chain, where a frantic scramble for medical supplies inevitably undermines the trust required in the international community to maintain the free flow of goods across borders. 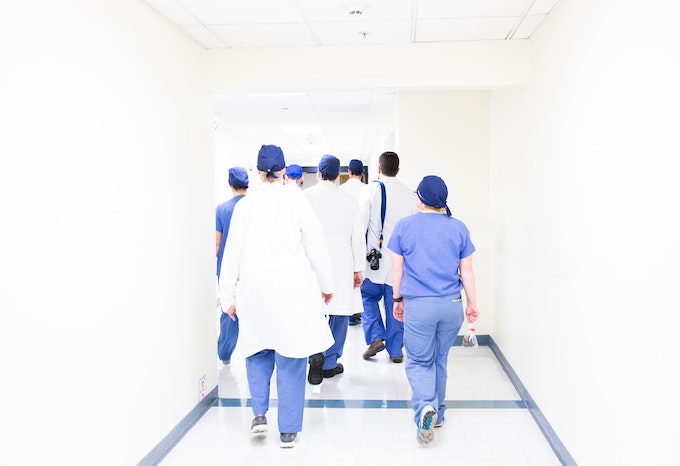 For its part, Canada has remained committed to keeping supply and trade links open and recently signed onto a declaration with 12 international partners vowing to “ensure the necessary flow of goods and services between countries, notably the fair, transparent, efficient and timely access to and distribution of personal protective equipment, medicine, and other essential medical material.” As Canada strives to uphold this principle, its commitment must come with a hedging move, namely the increased support for domestic production capacity to reduce Canada’s dependency on other countries. Prime Minister Trudeau announced in early April that Ottawa has committed C$2 billion to support local industries in the mobilization of production around much-needed ventilators, PPE, and test kits. This includes providing financial support for companies to scale up or retool their production to contribute to the fight. While it is unlikely that these measures will remain in play in the post-COVID-19 world, calls for strong domestic industries that produce these goods will likely be consolidated in Canada, perhaps creating a lasting impact on our medical supply chain in the years ahead. 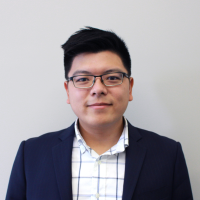