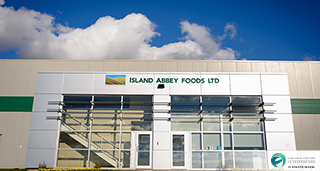 Based on Prince Edward Island, Island Abbey Foods has produced dehydrated honey since the early 2000s. John Rowe, CEO, knew his products would not only make a splash in Canada and the United States, but would also succeed in markets further afield. Rowe was convinced there were golden opportunities beyond his own backyard on PEI. But what he could not predict at the time was just how successful and popular his honey products would become more than 10,000 kilometres away in the Asia Pacific.

Shortly after market testing its first product locally, the “honibe honey drop,” Island Abbey Foods began marketing its products outside Canada. Part of the company’s international strategy consisted of targeting journalists and people around the world who wrote about honey in newspapers and specialized media. The strategy worked, and quickly snowballed – Rowe explains that within weeks Island Abbey Foods had global media coverage and was receiving orders on its website from various parts of the world. But what really made a difference in Asia, and in Japan in particular, was an interview request Rowe received from a Tokyo-based journalist.

The Japanese journalist who contacted Rowe in 2009 for an interview had received a honey drop from a friend who had visited PEI a few weeks before. Fascinated by the dehydrated honey lozenge and wanting to know more about the product, the journalist interviewed Rowe through a translator and wrote an article about the PEI-based honey company. The article spread the word across Japan, driving a significant increase in Island Abbey Foods’ sales in the island country home to 127 million people.

About The Asia Factor in Atlantic Canada:

The objective of The Asia Factor in Atlantic Canada project is to assist the region in better responding to Asia’s rising global economic importance by providing critical information on the opportunities and challenges for Atlantic Canadian business and trade with Asia.

This project represents the Atlantic side of The Asia Factor, a nationwide, multi-year project launched in 2014 by APF Canada that examines the interaction of each province and territory with Asia. The Asia Factor provides comprehensive resources, information, and analysis on provincial-level Canada-Asia relations.