The Asia Factor in Atlantic Canada: Opportunities and Challenges in the Ocean Technology Sector 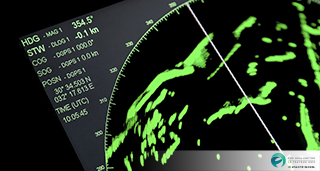 The ocean technology sector in Atlantic Canada has evolved in parallel with activities in related industries, including defence and security, energy, marine transportation, ocean science and observation, and food and tourism. Atlantic Canada has enjoyed a long history of ocean-related economic activity. Over the last few decades, ocean technology clusters have organically formed in the region, composed of ocean technology firms, the government, and scientists who drive innovations in this sector. The region also has several ocean and marine-oriented university and college programs that draw new and veteran talent to both the industry and the region.

Asia has a growing demand for ocean technology products and services. Disputes in the South and East China Seas, increasing military expenditures by India, and regional tensions with North Korea account for some of the growing demand for defence and security subsector ocean technologies. Also contributing to demand is the booming Asian offshore energy industry, which is predicted to represent about 20% of total global industry expenditures between 2015 and 2019.

Exporting relationships between Atlantic Canada and Asia are presently underdeveloped.
Geographic distance, language, political and cultural differences, lack of awareness of how to access Asian markets effectively, and Canadian defence and security export regulations act as barriers to increasing Canadian engagement. Notwithstanding these challenges, there are vast opportunities for Atlantic Canada's ocean technologies in Asia. This paper examines the key capabilities of Atlantic Canada's ocean technology sector to provide insight into where these capabilities align well with demand in Asia. This paper also highlights some key challenges that could hinder or encumber export activities to Asia. The report concludes by highlighting opportunities for accelerating Atlantic Canadian firms' presence in Asia Pacific markets.

About The Asia Factor in Atlantic Canada

The objective of the Asia Factor in Atlantic Canada project is to assist the region in better responding to Asia's rising global economic importance by providing critical information on the opportunities and challenges for Atlantic Canadian business and trade with Asia. This project represents the Atlantic side of The Asia Factor, a nationwide, multi-year project launched in 2014 by the Asia Pacific Foundation of Canada (APF Canada) that examines the interaction of each province and territory with Asia. The Asia Factor provides comprehensive resources, information, and analysis on provincial-level Canada-Asia relations.