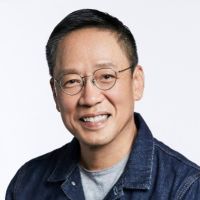 Ted Chung began his career at Hyundai Motor Group by joining Hyundai Corporation in 1987, and was at the helm of the financial companies of the Group from the early 2000s. Mr. Chung drastically overhauled Hyundai Card, which at the time ranked one of the lowest in the card industry, achieving a remarkable feat of seven times growth in market share in just five years of becoming CEO. Hyundai Card has now morphed into a financial tech company with over 10 million members.

He enabled Hyundai Capital to become the largest consumer financing company in Korea and to grow its global presence by successfully entering 13 countries including the U.S., U.K., Germany and China. Hyundai Commercial was transformed into a financing platform company to further strengthen its top position in the industrial financing market.

Mr. Chung achieved successful joint ventures with global companies such as Santander and Fubon Financial Group following a JV with GE in 2005, thereby introducing advanced financial techniques of global companies. Mr. Chung’s unprecedented attempts have made Hyundai Card a household name in branding and marketing. With his idea to apply premium cultural benefits to credit cards, he was directly involved in the design of 29 spaces including Design Library, the first of its kind to be created by a credit card company, and is continuing to invite top artists from around the world to perform on stage through the Hyundai Card Super Concert Series.

He declared transformation into a digital company in 2013, and made huge investments in new digital technologies such as AI, blockchain, and NFT. Mr. Chung recently was the first to open the era of data science based PLCCs (Private Label Credit Card), and created Domain Galaxy, a data alliance among partners, by attracting 18 industry champions from various sectors including retail, mobility, fashion and entertainment.

In 2014, he was awarded a Legion d’Honneur by the French government. The following year, he was bestowed Honorary Commander of the Most Excellent Order of the British Empire (CBE). In 2019, he received the Montblanc Arts Patronage Award from the Montblanc Cultural Foundation.

He earned a Master of Business Administration (MBA) degree from the Massachusetts Institute of Technology Sloan School of Management in 1987.